Memories Dim of Armenia's Soviet Past

While younger people have little conception of life under communist rule, some Armenians miss the positive things lost after the Soviet collapse.

Memories Dim of Armenia's Soviet Past

While younger people have little conception of life under communist rule, some Armenians miss the positive things lost after the Soviet collapse. 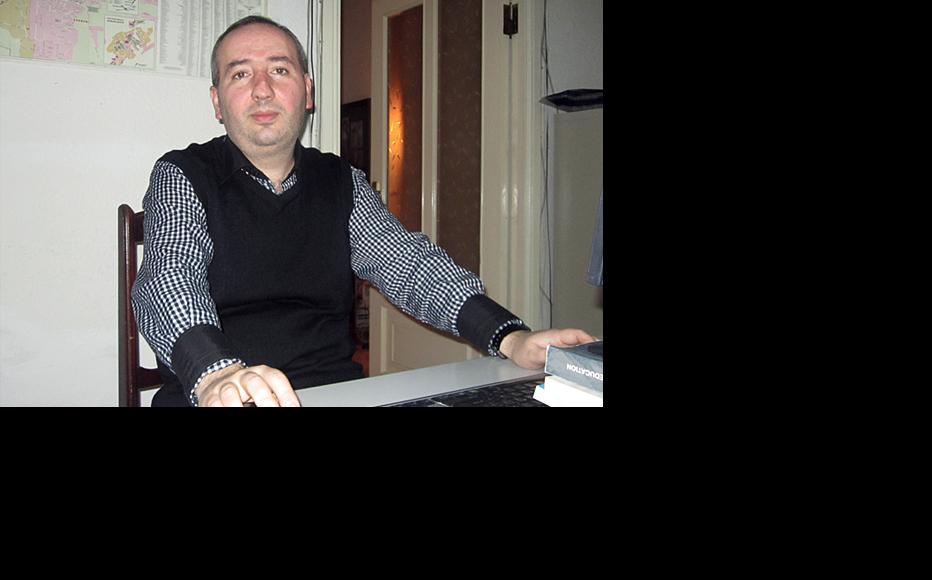 Suren Musaelyan of the online news service Armenianow is one of many younger Armenians who do not regret the end of Soviet rule. (Photo: Gayane Mkrtchyan)
The link has been copied

Two decades have passed since the Soviet flag was lowered over Armenia, but Sedrak Mkhitaryan’s hands still shake when he brings out the red flags and Lenin medals he treasures from the glory days of communism.

Like many elderly Armenians, he never managed to adapt to the demands of an independent state.

“For Armenia, the period of Soviet rule was a golden age. I was against the collapse of the [Soviet] Union, and I was against the protests and strikes that ended up with most of the population permanently on strike,” Mkhitaryan, 85, said.

Before the end of the Soviet Union, which officially took place on December 25, 1991, Mkhitaryan was chairman of the regional council of Echmiadzin region. He had been a high-flier in the communist system, serving as a deputy minister at one point.

Asked about the fruits of independence, Mkhitaryan scoffed, “The only independent countries are great powers. Countries like ours only exist under someone else’s wing. They said then that we were slaves of the Soviet Union. Now whose slaves are we? Nagorny Karabakh is our only achievement, and if the Soviet Union hadn’t collapsed, I am sure that issue would have been resolved without bloodshed.”

Twenty years ago, views like Mkhitaryan’s were definitely in the minority in Armenia. In a September 1991 referendum, a month after hardliners in Moscow staged an unsuccessful coup against Mikhail Gorbachev, 95 per cent of Armenians backed independence.

The years since then have not been easy. Armenia was already reeling from the terrible Spitak earthquake of 1988, which killed 25,000 people and devastated much of the country, when it went to war with Azerbaijan over the future of Nagorny Karabakh.

Karabakh was a part of Soviet Azerbaijan whose mainly Armenian population pressed for the region to become separate. The ensuing war, combined with the effects of conflict in neighbouring Georgia, left Armenia almost totally isolated economically.

Before 1991, Armenia was industrialised, but after independence, the authorities struggled just to keep the lights on. Residents of the capital Yerevan had just an hour of electricity a day.

According to the International Monetary Fund, IMF, Armenia’s economy shrank by 75 per cent between 1990 and 1993.

Economic decline meant the views of old communists like Aram Sargsyan, the final head of the Armenian Communist Party, came back into vogue.

“We were like oxen that jump for joy when they’re released from the yoke,” he said. “The moral foundations of society have been destroyed, everything is permitted. Why did we have to destroy everything? We have reserves of gold, copper and molybdenum - these are riches for a small country.”

Sargsyan says Armenia is now reliant on the IMF and World Bank, which he accused of imposing their own demands as a condition for bailing out the economy.

“These international institutions decided that Armenia had nothing to contribute in terms of industry or science, so it should become a service centre for the region. So they gave money for roads, infrastructure and banks,” he said.

According to official figures, 1.2 million people have left Armenia in the last 20 years, many of them going to Russia to find work. Arthur Atanesyan, head of the Sociology Department of the Yerevan State University, says these people have voted with their feet against independence.

“Any independence process entails destabilisation. If the status quo changes, it leads to…. emigration. People have to go abroad where they can live much better and more secure lives. That isn’t a great assessment of what has happened, because you become nostalgic for the old Soviet Union again,” he said.

Atanesyan concluded, “Destroying things is easy. They should have kept and developed everything that was positive and valuable in the Soviet Union. There are many families who lost not just their stable lifestyles but their savings, too.”

Araik Petrosyan’s parents had saved 80,000 roubles by the time the Soviet Union came to an end. That was a lot of money in those days, but its value vanished with the end of communism.

“First my mother died, then my father, without living long enough to get their money back,” Petrosian said. “The state is treating these savings as part of the national debt; once there’s enough money, all these savings will be returned. But it remains uncertain whether any of the account holders will live long enough to see their money. Their descendants don’t have rights to the money.”

Soviet citizens had limited access to consumer goods like clothes, which came from the same shops and were made in the same factories, but Atanesyan said that “despite their uninteresting lives, people stood firmly on their own two feet, received free healthcare, they got an education, they had jobs and they were confident about the future”.

Analysts say this mistrust is a consequence of Armenia’s failure to build a democratic system and a competitive market economy.

“We rejected the planned economy, and then basically created the same kind of system where property is controlled if not by the state, then by the highest tiers of government,” Andranik Tevanyan, director of the Politeconomia research centre, said. “We got rid of Bolshevism, but we weren’t able to abandon the Soviet legacy. In Armenia we see sections of the economy centralised around individual oligarchs. It’s basically a recreation of the Soviet Union, only with no oil or gas.”

Tevanyan sees corruption, protectionism, and the lack of transparent laws as other legacies of the Soviet period.

Corruption is endemic in Armenia, as in almost all other former Soviet republics. The corruption watchdog Transparency International ranks Armenia 129 out of 183 states for honesty in public life.

Fortunately, however, many young Armenians have adapted to the changes, and have few regrets about the passing of the Soviet Union.

Suren Musaelyan, now 35, was a teenager when Armenia became independent. He had an opportunity to study journalism in Britain and is now deputy editor of Armenianow, a leading online news source.

“If the Soviet Union hadn’t collapsed, I wouldn’t have had a chance to be educated abroad,” he said.” I think that’s one of the bonuses of independence. In earlier years I wouldn’t have been able to dream of it,” he said.

Older Armenians are often amazed at how young adults can barely comprehend the difficulties of life in the Soviet Union.

“Young Armenians no longer understand that there was a time when Moscow decided how many pieces of soap were to be used a week in some town’s public toilet,” Alexander Iskandaryan, director of the Caucasus Institute in Yerevan, said. “Because of the sheer scale of collapse here, Armenia has travelled a lot further away from the Soviet past than a lot of other states have done.”

Gayane Mkrtchyan is a journalist with Armenianow. Naira Melkumyan is a freelance journalist in Armenia.