"A Man Who Cannot be Replaced"

A friend and colleague recalls Ammar Al Shahbander, who died on May 2.

"A Man Who Cannot be Replaced"

A friend and colleague recalls Ammar Al Shahbander, who died on May 2. 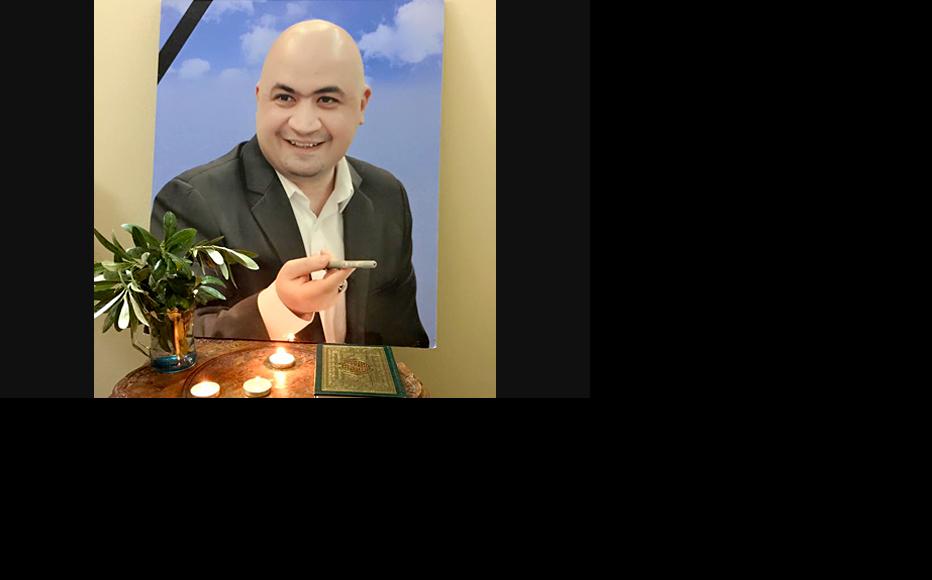 Ammar Al Shahbander. (Photo: IWPR)
The link has been copied

Friends and colleagues of Ammar Al Shahbander are still struggling to come to terms with the fact of his death.

Ammar, who was IWPR’s Chief of Mission in Iraq, was walking down a street in central Baghdad late on May 2 when a car bomb went off. Ammar was killed; so were 14 other civilians. Emad al-Sharaa, IWPR’s head of communications in Iraq, was badly injured.

I asked Muthanna Fashshakh Dakhil, who knew Ammar well, to tell me about him as a friend and colleague. Muthanna, who is chief editor of the Al-Athar news agency, took a deep breath and asked me, “Shall I talk about the brother, the friend or the man?”

He answered his own question by saying, “He was a man who cannot be replaced.”

He first met Ammar in 2011, when they were attending the same workshop. At the end, Muthanna’s friend Emad al-Sharaa introduced them.

His editorial work meant that he had good reason to get to know Ammar better. Their friendship was something he treasured, and he worked with Ammar on numerous joint activities.

“A calm man who gives you tons of information in a very simple and realistic way,” he told me. “That’s the kind of person it’s hard to find.”

Muthanna believe Ammar was shaped by the difficult times he experienced as part of a family opposed to the late Saddam Hussein, while life in four different countries enriched his knowledge and cultural awareness. He singled out Ammar’s big heart, his loyal friendship and his modest, strong and confident nature.

“On May 2 [this year], we were invited by the head of the Iraqi Islamic Council to participate in a conference about the role of NGOs in Iraq,” he recalled. “Because he came from a very famous family, the organisers asked him to sit in the front row along with the politicians and lawmakers. But he refused, telling them he could just as well participate and contribute from anywhere he sat.”

Ammar believed in the value of NGOs and their capacity to reduce human suffering in the massively complex political environment since 2003, and saw his own role as being to come up with and carry through ideas and plans that would serve others rather than himself. Sadly, Muthanna added, most politicians and officials did not share those sentiments.

“When I asked him what was keeping him in Iraq, he said, ‘Iraqis are my people and they need every effort to help them,’” Muthanna told me.

In 2012, Muthanna worked with Ammar on a campaign against a draft law on cybercrime that resulted in success towards the end of that year. (See: Tough "Cybercrimes Bill" on Hold in Iraq)

“It was a very special moment when parliament decided to cancel the bill. Ammar described it as a great victory for free media,” he said.

Muthanna recalled how he heard that Ammar had been killed.

“I usually turn off my mobile phone when I go to bed. When I awoke for dawn prayers around five in the morning, I switched the phone on and immediately received a text message from my brother. It was a message of condolence,” he said. “I couldn’t believe it when I read it, and straight away, I called one of Ammar’s relatives, who confirmed the news.”

Even then, Muthanna was reluctant to believe it, and tried to persuade himself the news was wrong. In the vain hope of proving this to himself, he headed for Baghdad’s Sheikh Zaid Hospital, where he was forced to accept the dreadful truth that he had lost his friend forever.

Iraq
Free expression
Connect with us