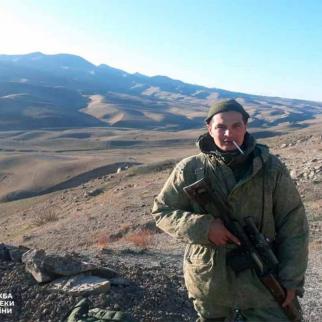 Oleh Iliin, who serves with the 15th separate Alexandria motorised rifle brigade, faces a term of imprisonment from 10 to 15 years or life if convicted. © Security Service of Ukraine 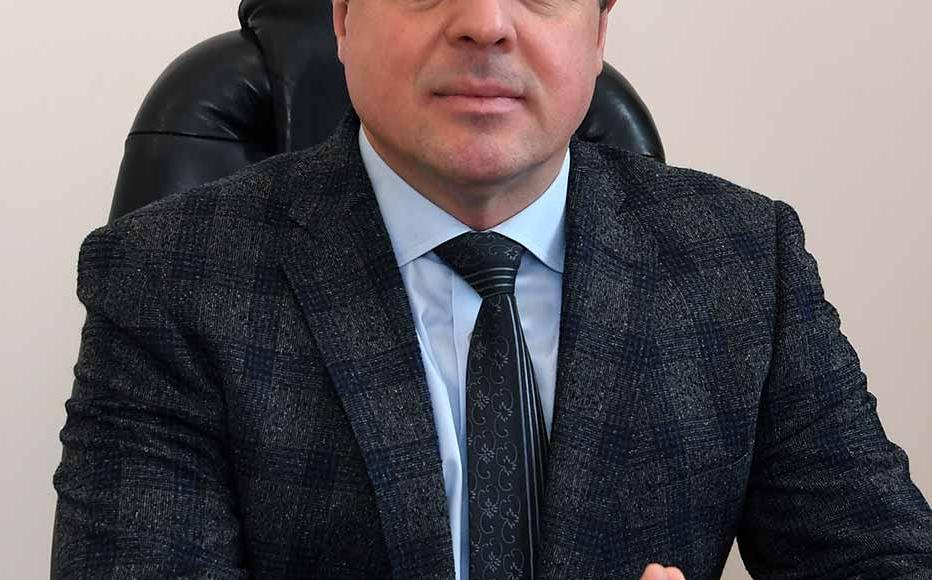 Supreme Court judge Serhii Pohribnyi. © The Press Office of the Supreme Court
The link has been copied

Under international law, states have judicial immunity and cannot be sued in the courts of another state without direct consent. However, decisions adopted by the Civil Cassation Court, part of Ukraine’s Supreme Court, earlier this year limit the judicial immunity of the Russian Federation. The decisions were related to lawsuits filed before Russia's full-scale invasion in February and seeking compensation for Russian damage caused since 2014.

IWPR: How did the Supreme Court justify considering lawsuits against Russia without the participation of a representative?

Serhii Pohribnyi: I will emphasise right away that these decisions do not concern the substance of the lawsuits - compensation from the aggressor country in favour of the wife of a deceased soldier in the first case. In the second case, the woman, a resident of Crimea who was forced to leave the peninsula after its occupation, appealed for this too.

Ukrainian legislation determines that in lawsuits against a foreign country, a request must be made to its embassy, and only in case of agreement, the Ukrainian court has the right to consider a lawsuit against it. It is clear that in the conditions of an active, aggressive war, turning to the embassy of the aggressor country is a road to nowhere. Russia has never given its consent to the consideration of such disputes by a Ukrainian court. The embassy, as a rule, just ignored such appeals, and the courts were forced to close proceedings in the cases.

But in April of this year, the Supreme Court made an unprecedented conclusion and decided that Ukrainian courts have the right to consider such a lawsuit without the consent of the embassy of the aggressor country.

Under what circumstances can the courts consider such disputes without the participation of Russia?

The Supreme Court determined that without the participation of the Russian side, the trial can take place if firstly, the lawsuit was filed by an individual who is solely a citizen of Ukraine, secondly, the damage was caused to the plaintiff as a result of the armed aggression of the Russian Federation on the territory of Ukraine, and thirdly, the damage concerns the life and health of the plaintiff or his relatives.

In this decision, the court emphasised that a necessary condition for compliance with the principle of international law regarding judicial immunity is the mutual recognition of state sovereignty by another country. So when the aggressor country denies the sovereignty of Ukraine and commits a war of aggression against it, there is no obligation to respect and observe the sovereignty of this country.

After the first decision in April, there was a lot of legal criticism. We expected the reaction, since in international judicial practice there are very few cases of denying a country's absolute jurisdictional immunity. Moreover, neither the European Court of Human Rights (ECHR) nor the UN’s International Court of Justice (ICJ) had previously resolved disputes about compensation for damage caused as a result of armed aggression when such aggression was still ongoing. We are unique, unfortunately. But references to any examples - either from the practice of the ECHR or another international court - in the decisions of the Supreme Court were intended, first of all, to illustrate that such concept of denial of absolute jurisdictional immunity and the transition to the concept of limited immunity of a foreign country has a place in international practice.

In the second decision in May, the Supreme Court expanded the argument and decided that human rights were more important than absolute immunity. In the case of the application of the absolute immunity of the country that committed the aggression, the plaintiff is deprived of the opportunity to obtain any judicial protection of his violated rights. It is absurd to think that a person can go to the court of the aggressor country and get protection of violated rights when the aggressor state denies the existence of your people and country. Consideration by a Ukrainian court is the only possible way to resolve such claims. Among other things, the Supreme Court emphasised that Russia has violated the sovereign rights of Ukraine as an independent state recognised by all norms of international law within the borders established in 1991, and such [Russia’s] actions are not an exercise of its sovereign rights.

So the court decided that Russia does not need to be notified of such disputes at all?

In these two decisions, it was said that the Ukrainian courts have the right to start consideration of these cases without obtaining the consent of the Russian embassy.

As for the notification of the Russian side about legal disputes, in May of this year the grand chamber of the Supreme Court passed a resolution that information on decisions on compensation for damage caused by the aggressor country or persons related to it should be published on the website of the Supreme Court [in order to comply with the legal principle of notifying the defendant about a trial]. I cannot say that this method of communication will definitely be accepted by European countries and the US.

In order for foreign countries to recognise such decisions in the future, it is necessary to develop a mechanism for informing the aggressor country about such court processes and their final decisions. One of the criteria for recognition of decisions of a foreign court will be compliance with the minimum standards of justice, which include the notification of a foreign country. I believe it would be most acceptable to report such legal proceedings through third countries which maintain diplomatic relations with Russia.

These decisions must be substantiated and proven in compliance with all legal norms. The courts should not issue en masse decisions on reimbursement of sums that plaintiffs indicate in complaints. This will undermine the authority of such decisions. The courts must, in the actual absence of the opposite party, be extremely thorough in establishing all the circumstances of the case, which will be important for making fair and reasonable decisions.

What impact will the Supreme Court's decision have on the judicial system?

The Supreme Court’s legal conclusions are binding for courts of first instance and appeals, and national courts of Ukraine do not have the authority to disregard them. Undoubtedly, such decisions of the Supreme Court are not only legal, but also legal and political. This is the response of the Ukrainian state to the armed aggression of the Russian Federation. The aggressor state, violating the norms of international law, the customs of waging war and publicly denying it, cannot hide behind inviolability.

If in a few years Russia decides to appeal such decisions, will there be an opportunity for it to do so?

These two decisions of the Supreme Court are final and not subject to revision, according to Ukrainian legislation. But the disputes have not been resolved by the courts, that is, their consideration will continue. These cases returned to the courts of first instance, which must decide them based on the merits of the claims. And further, an appeal and a cassation can be submitted to the decision on the merits. The Russian side can at any time announce its intention to participate in the consideration of such lawsuits - and there are and will be many of them. And it can file an appeal or a cassation complaint after the decision of the court of first instance.

If these disputes are considered without a representative of the Russian Federation, then the Russian side will have the status of an uninformed defendant in the manner prescribed by law. If the parliament does not make changes to the legislation [a bill was registered in the Ukrainian parliament on the non-extension of judicial immunity to the consideration of cases in which the defendant is the aggressor state], the time limits for appealing such decisions will not expire.

But in order to ensure the recognition of such decisions by Ukrainian courts outside of Ukraine, the aggressor country must be notified of the court proceedings. How to solve this problem: whether through third countries, or by using certain mechanisms of the UN, should be decided by the Ukrainian legislator.

How can a decision on compensation for war damages be enforced?

So far, there is no legal mechanism for their implementation in Ukraine. Once again, the ball is in the court of the Ukrainian and international legislators. The Ukrainian parliament can propose a procedure for their implementation. At the same time, it is possible that such decisions will constitute, so to speak, a pool of demands against the aggressor country in the international arena or for consideration in international courts of cases on compensation for damage caused to Ukraine and its citizens.

After WWII, the question of reparations was decided on the basis of the multilateral treaties of countries that won the war. The case of Ukraine is unique because the country has already started fighting on the judicial front - when Russia's armed aggression against it continues.