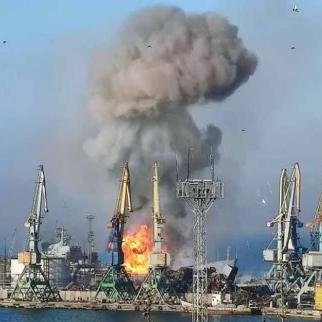 Explosion of a Russian warship in Berdyansk. 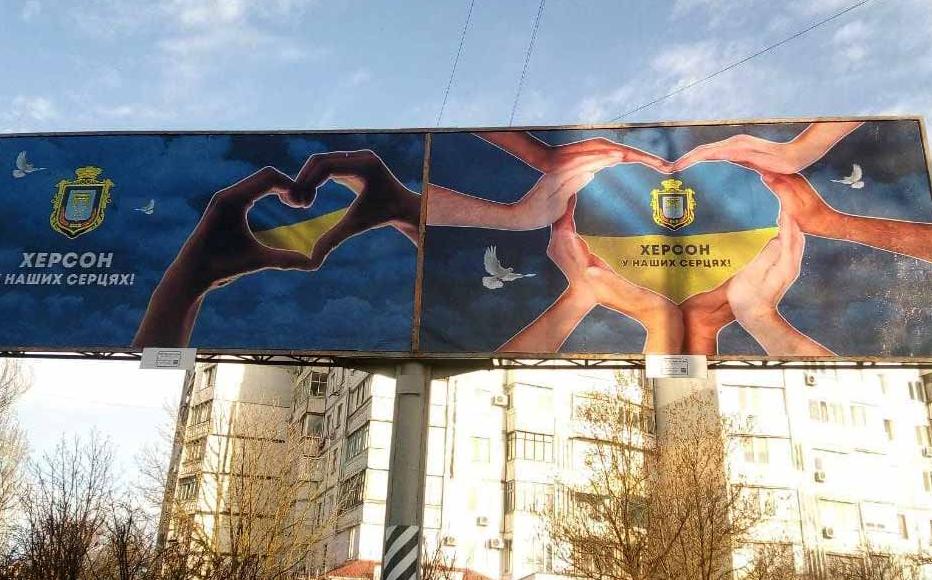 © IWPR
The link has been copied

Kherson is the only Ukrainian regional centre that Russia managed to capture following its February 24, 2022 invasion. Its forces have created a military command centre in the city and the Russian tricolour flies over the local security headquarters, now semi-destroyed because of shelling from an armoured personnel carrier

Russians have commandeered people’s cars, painting them with the letter Z - a symbol of the occupation - instituted an 8pm-7am curfew and replaced Ukrainian television and radio with Russian broadcasts.

But the Ukrainian flag still hangs over other official buildings - a huge yellow and blue banner adorns City Hall – and the protests against the Russian occupation continue, despite arrests and intimidation.

Public transport and utilities work, and the acute food shortages of the early days of the occupation having eased. There is no active fighting in the city, although the sounds of shelling elsewhere can be heard daily.

Nonetheless, locals in the southern city of about 300,000 describe huge anxiety amid a semblance of normal life.

Ukrainian law enforcement does not function, with only some volunteer patrols with police batons to prevent looting. They are powerless against local criminals and the Russians alike.

The Russians have not created their own occupation administration in Kherson, unlike other occupied cities in the region by such as Genichesk, Kakhovka and Nova Kakhovka.

The website of the Kherson city council - the only legitimate authority, regional administration officials having left as the Russians invaded - continues to describe the city as Ukrainian, the local government categorically denying the possibility of creating any kind of so-called people's republic or cooperation with the Russian forces.

The council operates on a limited basis, with only its executive committee occasionally meeting, and the municipal economy mainly managed by Mayor Igor Kolykhaev and his deputies.

Social networks and online groups publish information about frequent abductions: demobilised Ukrainian combatants, former military or police officers and those from the special services. Public figures, activists, and journalists who do not support the occupation are also kidnapped. Relatives of the abducted believe that they are being tortured and held in terrible conditions.

The city authorities have introduced a Google form on the council website via which citizens can report kidnapping and looting. Council employees acknowledge that the only function of this form is to collect information. There is nothing more the city government can do now.

Citizens still gather to rally against the occupation, initially in the city centre but after the Russians began to disperse the rallies and kidnap activists, the location moved to the square near the monument to legendary Ukrainian poet Taras Shevchenko. The first rally there took place on April 3 and passed without incident.

The food shortages of the early days of the occupation have now eased, but prices have soared.

Svetlana, 47, works as a cashier in a shop that before the war specialised in fish and seafood. Now, she said, they sell anything edible that the owners can find.

“Up to about March 20 there was a shortage of almost everything, so a lot of products went up in price,” Svetlana explained. “For example, potatoes could be bought for 20 to 25 hryvnias per kilo (85 cents), while its pre-war price was five to 12 hryvnias, depending on how much and where a person bought it. Sugar has risen in price from 25 to 80-100 hryvnia per kilo (3.4 dollars). Pasta, from 25 to 50 hryvnia (1.7dollars) per kilogram pack. Meat has risen in price by about half, and sunflower oil has also risen in price.”

Svetlana said that despite the rise in food prices, salaries had dropped significantly.

“Before the war, I received 10,000 (340 dollars) a month, working three days on, two days off. Now I work every day, since half the employees left Kherson. Recently we were paid 7,000 (240 dollars). The owner of the store apologized, explained that wholesale prices and the cost of transport services had increased significantly - fuel had risen in price by about one and a half times.”

She said that Russian soldiers took a portion of all goods that passed through their checkpoints.

Streets were crowded in the morning, but later in the afternoon life almost stopped. Most shops closed no later than 3 pm so that the workers could go home while public transport was running. Citizens were afraid of both criminals and the Russians soldiers who move military equipment around the city closer to dusk.

Most products can only be bought with cash, which is in short supply in the region.

Some supermarkets of the popular ATB chain have reopened and accept card payments, but they have long queues and few products; no bread, cereals or meat. People still have to make their main purchases in markets and small shops where only cash is used.

Although the Russians have not blocked the Ukrainian banking system, most financial institutions in the city do not work.

To get banknotes, people have to wait in queues for several hours. Until recently, cash could be obtained from ATMs, but now banks have mainly switched to issuing money at the desk.

A bank employee said that they were afraid of ATM equipment failure due to intensive use. Repairing an ATM in the conditions of occupation and blockade of the city is an almost impossible task.

Volunteer services have been organised to help those in need in the city. In peacetime, 37-year-old Nadezhda worked as a manager in a travel company. Now she is helping to evacuate people from the Kherson suburbs and areas where there is active fighting, as well as collecting donations and providing food and medicine.

Asked why she decided to become a volunteer, Nadezhda replied, “To not go crazy in this situation.”

Nadezhda said that the humanitarian situation in the city was difficult, with single parents, pensioners and the disabled finding it particularly hard to manage given the rising cost of living.

“These people need help and get it,” she said. “I note that many of them, even in a very difficult situation, refuse to receive the so-called ‘humanitarian aid’ from the Russian invaders.”

Nadezhda said that recently she and her fellow volunteers had helped residents of the village of Stanislav, at the centre of the fighting, to leave for Kherson. Some found shelter with relatives and friends, and the majority were accommodated in a humanitarian centre that had opened in a high school.

Nadezhda said that she had met no one who supported the occupation.

“The tales of Russian propagandists about pro-Russian sentiments in Kherson are lies. People are waiting for the liberation of the city by the Ukrainian army.”

The author is a Kherson resident who asked to remain anonymous for security reasons.