Life Among Ruins of Caucasus' Hiroshima

After 1993 war, Aghdam was left a wilderness of shattered houses and twisted wreckage.

Life Among Ruins of Caucasus' Hiroshima

After 1993 war, Aghdam was left a wilderness of shattered houses and twisted wreckage. 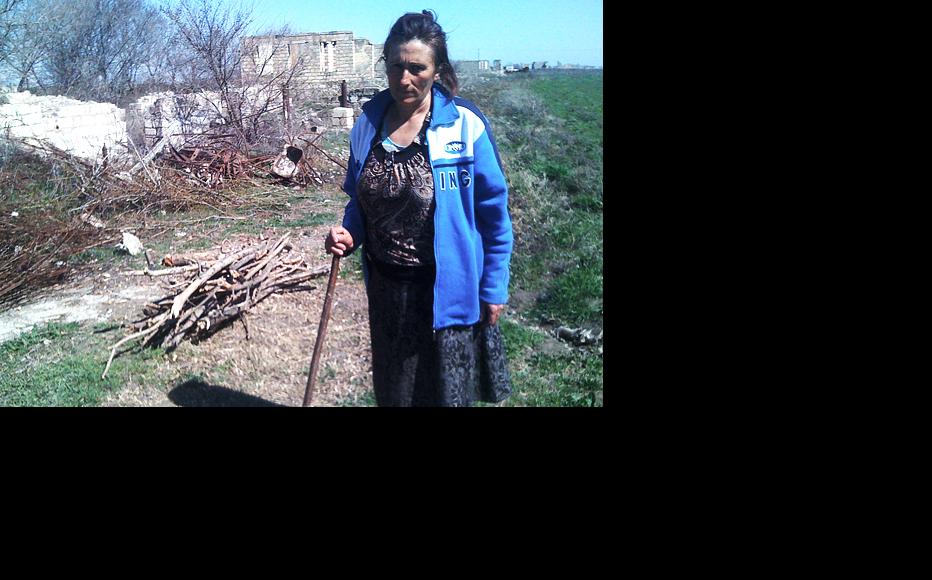 About 360 people live in Aghdam, and are mainly involved in farming. It is one of the few places in Karabakh without electricity, and residents light their homes with candles and heat them with wood stoves. (Photo: Lusine Musayelyan)
The link has been copied

The government in Nagorny-Karabakh strongly advises against visiting Aghdam, but new arrivals in the self-proclaimed republic often cannot resist a glimpse at the “Hiroshima of the Caucasus” as local residents call it.

Any foreign visitor arriving in Karabakh has to visit the capital Stepanakert to gain permission to stay from officials, and they all receive the same warning about Aghdam.

“Owing to security concerns, the ministry of foreign affairs advises foreigners to avoid this route, taking into account the fact of the existence of mine fields, and in particular the fact that there have been accidents affecting civilians,” the foreign ministry announces.

Aghdam is only 30 kilometres from Stepanakert, however, and many foreign visitors like to see it to get a glimpse of the violence of the fighting between Karabakh’s Armenians and Azerbaijan, which still claims the republic as its territory.

Aghdam was shelled for three months in early 1993, then stormed by Armenian forces in June that year with further heavy bombardment. Its 150,000 mostly Azeri inhabitants fled and it was left a wilderness of shattered houses and twisted wreckage.

Aghdam had been a large trading city and Karabakh residents used to come here to buy or sell goods. Aghdam was also famous for its vineyards and its wine, but now it is all but empty. The Azeris now live as refugees in Baku and other cities in Azerbaijan, having been forced to start their lives again with just what they could carry.

A few people have moved into their old homes in Aghdam. Svetlana Arakelyan fought in the Karabakh war and, when it finished, did not want to return to her home in Armavir in Armenia. Her youngest son was born in Aghdam in 1995 and died there a decade later in a car crash.

“Before I did not want to leave because of the property I’d collected over the year, and because of my garden, now I don’t even think about leaving because the grave of my son is here,” she said.

According to government statistics, about 360 people live in Aghdam, and are mainly involved in farming. It is one of the few places in Karabakh without electricity, and residents light their homes with candles and heat them with wood stoves.

“Just to supply electricity to Aghdam would require several billion drams, which we don’t have,” said Ara Harutyunyan, prime minister of Karabakh, explaining why the town had been left to rot away.

Despite the almost complete absence of infrastructure or services, the people who do live among the ruins are fond of the place.

Geno Petrosyan, 52, moved here from the village of Avetaranots a decade ago, and now owns the only shop in town, as well as fields and livestock.

“My minimum monthly take is 200,000 drams (550 US dollars). You need to work if you live here. If you love working, then you can earn enough to live on. In our village, the weather was bad, there was permanent rain, you couldn’t grow a harvest. But here we can gather a harvest twice a year,” he said.

Petrosyan has a two-room house with a stone floor, and smoke-blackened walls. In a room heated by a wood-burning stove, his wife was rocking their grandson to sleep in rusty metal cot, which was left behind by a fleeing Azeri family.

A television sat in the corner, suggesting that at least this family has not given up hope that the government will one day connect them to the electricity network.

“The state has started collecting land tax, which means there will be power one day,” Petrosyan said.

In an attempt to regulate land ownership and other questions, the government has renamed Aghdam as Akna and joined it for administrative purposes to Askeran, which is 11 km away.

“The government has provided the residents with free taxis, which every morning take pupils to school and brings them home again,” said Sergey Nasibyan, head of the department for local government in the Karabakh government.

Tevan Pogosyan, director of the International Centre for the Human Development and one of Karabakh’s most respected political commentators, believed Aghdam was not dying but being reborn. As its population grows, he said, the government will start paying it more attention.

He doubted that the ban on tourists visiting Aghdam was political.

“This territory is a security zone, the line of control runs past there. It follows that the government of Nagorny-Karabakh bears responsibility for the security of tourists who visit the town,” he said.

Lusine Musaelyan is a correspondent of Radio Liberty in Nagorny-Karabakh.

Caucasus
Connect with us