It was a quiet morning. Then the bombing began.

It was a quiet morning. Then the bombing began. 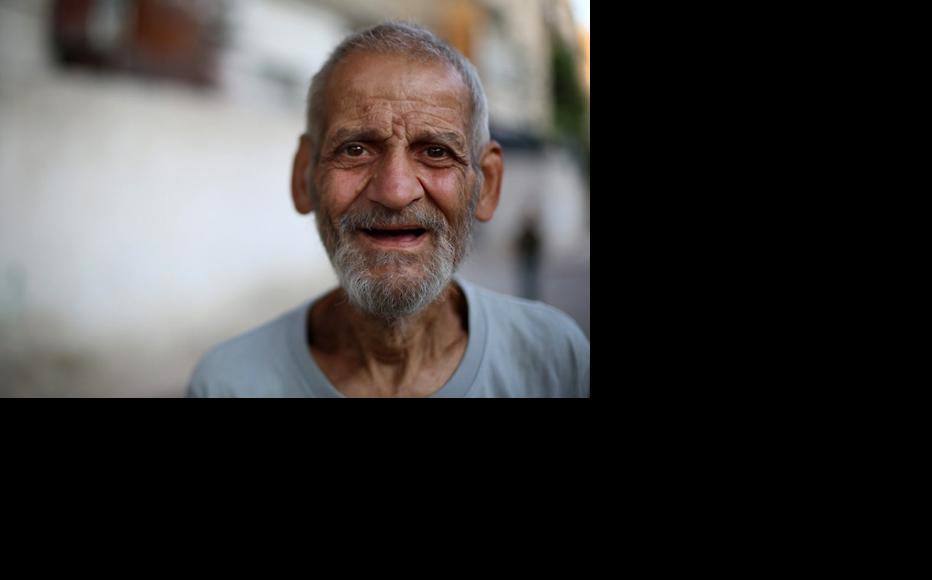 An elderly man from Zamalka. (Photo: IWPR)
The link has been copied

On Wednesday, March 21, 2012, we decided to flee our town. After the inhuman regime bombing of Sahel al-Ghab in southern Hama countryside, we ad lost all hope that the situation would calm down and life would go back to normal. We realised it was all in vain.

We had intended to seek sanctuary in a nearby village, but that escape attempt turned into a displacement. We had hoped that the other village would be less tense but unfortunately, it wasn’t.

I remember that day so well. It was a very quiet morning, not only because there was no firing or shelling, but also because of the absence of voices. Most of the 10,000 townspeople had left except me, my family and some neighbours.

So there were only about fifty people left in the town, in addition to a few young men from the Free Army. They stayed to protect the abandoned houses from looting.

At about 1pm, my sister, my neighbour and I sat down to drink coffee on the balcony of the house. We were very happy that until that moment we hadn’t seen a single bullet fired. But before we could even finish our coffee, we saw a huge missile flying at what seemed the speed of light directly above us. Our mouths fell open in astonishment, and then we heard the deafening sound of the explosion.

We felt as if the whole village was sinking into the earth. The sounds of shouting, crying and begging for help began to rise up. The Free Army soldiers started running towards the site of the explosion.

We went out onto the street to discover what had happened and where the missile had fallen. It was so close to our home that, although dust obscured our vision, we could see what was happening from our doorstep.

We didn’t dare to come too close in case we would be hit by another missile. The regime used to take advantage of the opportunity of a crowd gathering where a missile had fallen to begin bombing again and so kill the largest number of people possible.

My father was at home, and immediately headed towards the car, started it and told us to get in. The bombing was so heavy, we didn’t know the best way to leave town. Shells fell on all the roads leading to the entrances and exits.

My father was trying to be very careful as he drove but at the same time he was nervous. He kept turning left, then right. The shells were still falling nearby and the sound pounded our ears and our nerves.

Despite the situation, I didn’t cry. I was still in shock from the sound of the rocket that had passed over us and from the missiles thundering around us.

In the middle of a road running between orchards, we encountered one of the young men of the village who was in the Free Army. As we had left our home before we knew the details of the explosion, my father asked about the victims of the attack.

We were so shocked when we were told that our neighbour Yusuf had been killed.

Yusuf was a 25-year-old man whose father had died when he was born. Married with two children, he had no political affiliations and there was no reason to target him.

Our neighbour had been was sitting on the roof of his house smoking a hookah and sipping a cup of coffee. It seems that he had been enjoying that quiet morning, and then the missile hit him. Just 15 minutes before the attack, he had walked past our house and chatted to my father.

“Apparently, there’s only you and I left in this village,” he had joked.

We continued driving, full of fear, panic, shock and grief for Yusuf.

The shelling continued and we could see how the residents of neighbouring villages were also running away, trying to escape from the bombs. We could women and children crying. Many people were barefoot.

We saw one young man standing by the side of the road who stopped us and told my father, “Go this way, there’s no bombing from here.”

And that’s what we did, we took that road and it was safe. There was no missiles.

We felt that we had passed the moment of immediate danger but we were still scared. We couldn’t overcome our fear or the shock of our neighbour Yusuf’s death.

About an hour later, after what should have been just a ten minute drive, we arrived at the village where my sister was living. Even though we hadn’t told her we were coming, we found her standing by the side of the road waiting, asking all the people coming from our direction if they had news of us.

My sister started crying when she saw us. She hadn’t expect to see us alive after all the sounds of bombardment coming from our town. To this day, I still cannot believe how we survived amid the missiles.

Despite the harshness of what we experienced, I am fine. I can write about this incident with the hope that one day we will be able to write about what happened in Syria as if it was a all nightmare that we woke up from.

But the bitterness is still there when I remember my first displacement and the death of our neighbour Yusuf, the first martyr in our village.

Reem Said, 38, is a housewife and the mother of one child who is now a refugee in Turkey.