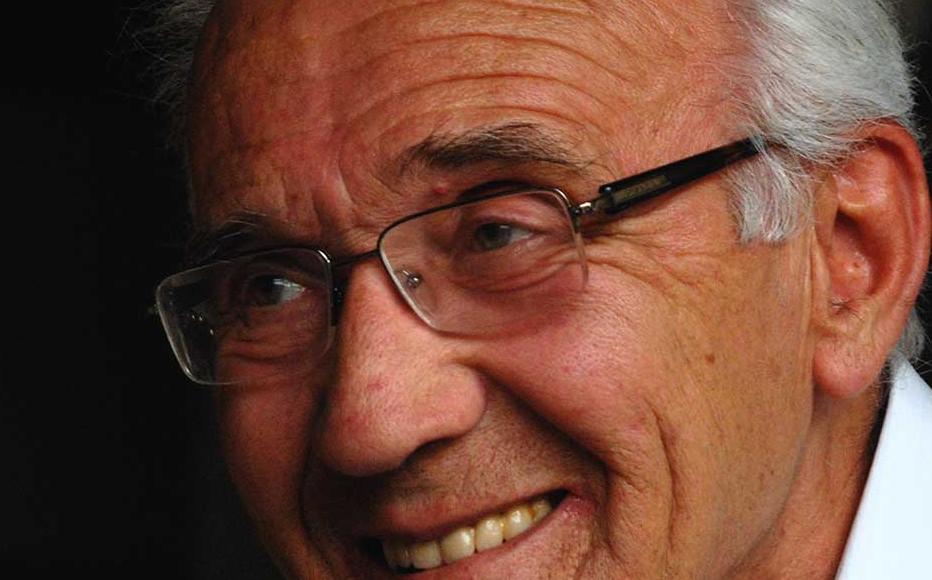 Professor Midhat Ridjanovic of Sarajevo University believes “Bosnian” should refer to everything that is spoken in the country, not just the language of one group. © Ajdin Kamber 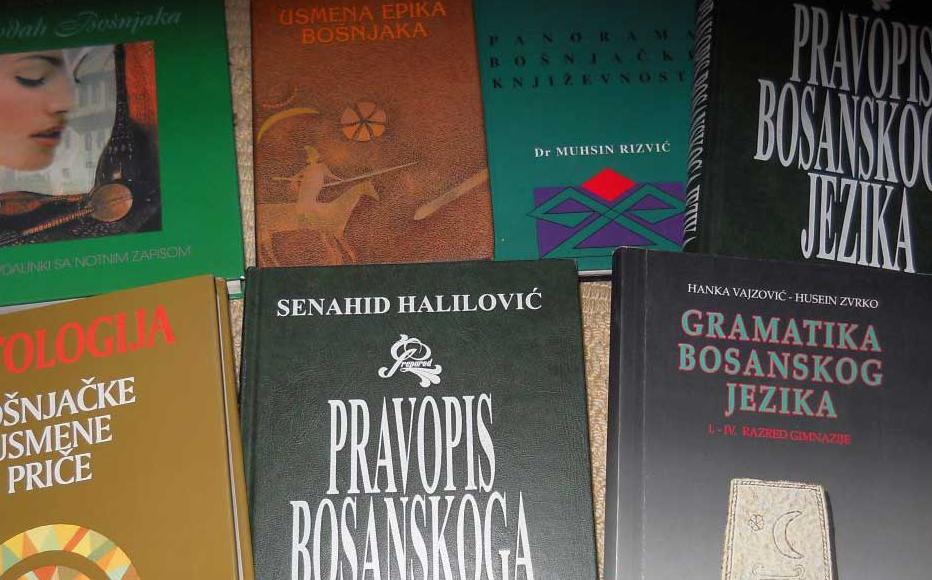 Textbooks in Bosnian – with Serbian and Croatian, one of the three official languages that replaced the old Serbo-Croatian. © Ajdin Kamber
The link has been copied

When Yugoslavia dissolved in a series of bloody conflicts 20 years ago, little did Bosnians realise that not only would their country never be the same again, but that the common language they once shared would formally disappear.

From 1918 until 1991, the language used in Bosnia, as well as in Serbia, Croatia and Montenegro, was officially known as Serbo-Croatian. It served as the official language of the Kingdom of Yugoslavia, and later of the Socialist Federal Republic of Yugoslavia. In the latter state, the same language with minor variants was called Croato-Serbian in Croatia, but considered part of one unified tongue.

When war broke out in Croatia in 1991, the new independent state defined its language as Croatian rather than the shared Serbo-Croatian. Similarly, the official language of Serbia was termed Serbian. Other former Yugoslav republics, including Bosnia, abandoned the formula “Serbo-Croatian”, too.

In Bosnia and Hercegovina, however, instead of an agreed common variant, Serbo-Croatian became three official languages instead – Bosnian, used mainly by Bosnian Muslims or Bosniaks, Croatian, used by Bosnian Croats, and Serbian for the Bosnian Serbs.

Some linguists in Bosnia claim the division is artificial, and that the language used all over their country should be called Bosnian, given that the three languages now in use are really different formalised standards of the same dialect, and are mutually intelligible. Others, by contrast, claim that a common Bosnian language per se does not exist, so the Bosniaks should call their language Bosniak (rather than Bosnian) in order to avoid confusion with other cultural identities.

Thus, the debate is around the use of “Bosnian” for one ethnic group or for all, and whether in the former sense it should be replaced by the ethno-specific “Bosniak” – and all the wider political subtexts implied by these usages.

LANGUAGE AS PART OF POLITICAL IDENTITY

Many experts agree that the introduction of three separate languages instead of a common linguistic standard in Bosnia following the 1992-95 war has served the interests of political elites that wish to underline differences rather than commonalities among the three constituent ethnic groups. In their view, language policy is just another tool for deepening the divisions in an already partitioned country.

During the Austro-Hungarian occupation of Bosnia and Hercegovina, BiH, from 1878 until 1918, Bosnian was introduced as the sole official language there. It was used by all Bosnians – Bosniaks, Serbs and Croats.

This was a result of Austro-Hungarian statesman Benjamin von Kallay's policy of giving Bosnia's people “a sense that they belong to a great and powerful nation”. The terms of the policy were that all Bosnians spoke the same language although they were divided into three equal faith groups – Orthodox, Catholic and Muslim.

Following the death of Kallay, his vision of a common identity for Bosnia’s people was abandoned, and by 1920, ethnic nationalism was integral to Bosnian politics.

After the Dayton Peace Agreement was signed in 1995, ending the war in BiH, three languages had official status, the idea being that the three constituent nations had a right to speak the language they identified with.

The name used for the language spoken by the third group, the Bosniaks, is more controversial. Officially it is Bosnian, but some call it Bosniak – a term often used by Croats or Serbs who wish to point up the linguistic differences between their languages and that spoken by Bosniaks.

Midhat Ridjanovic, professor of English language and linguistics at the University of Sarajevo, is among those who would like to see the term “Bosnian” apply to the whole language area of BiH. He argues that it makes little sense to talk of three separate languages when people of all ethnicities and confessions in BiH have always spoken the same tongue.

“Language can be a question of national identity, but it doesn’t have to be. The idea of 'one language-one nation' is very rare nowadays. I think the language of BiH should be called Bosnian – not in a national sense, since a Bosnian nation doesn’t officially exist, but in a territorial sense,” he said. “Bosnians who feel and declare themselves to be Serbs or Croats speak just like all other inhabitants of this country, and it’s therefore absurd that they call their language anything else than Bosnian.

Ridjanovic drew a comparison with the use of language elsewhere, noting, “Dozens of different nations speak English, and not one of them has ever come up with the idea of calling it anything other than English.”

But proposals to extend the use of “Bosnian” to cover all communities rather than just one have always been blocked by nationalist politicians.

“Unfortunately, nationalists and all the others who don’t want Bosnia to survive in its present form insist on using different names for the language in this country,” Ridjanovic said.

Nenad Velickovic, a writer in BIH, believes language should not be used as a marker for national identity. “In my opinion, that means adopting the ideology of nationalism – something I despise,” he said.

“Each of the ruling nationalist parties uses language as an instrument of power. It remains in power by means of that language, and legitimises itself through the language,” he said. “This is why they strive to make language something that’s important to their identity, or to the identity of people who belong to their ethnic group.”

“Local linguists typically have a fatal combination of nationalism and ignorance of modern linguistics. What they teach students as ‘linguistics’ has long been discarded in the developed world,” he added.

Marica Petrovic, who lectures in Bosnian/Croatian/Serbian at the University of Tuzla, believes language is always influenced by politics, but says this has happened far too much in BiH.

But she disagrees with the view that there is one language – she argues that there have always been three language variants used in education and public life in BiH. But at the same time, she stresses the many common features in vernacular speech.

“It really is possible to standardise one language as Croatian, Bosnian or Serbian at the level used in politics, schooling or public life. But at colloquial level… words belong to every ethnic group equally. It would be wrong to say a certain word is Serbian, Bosnian or Croatian and should not be used by others,” she said.

“The issue of standardising the BiH languages has not been solved yet. Languages overlap and it is wrong to give away words, writers, poetry, folk songs [just because they don’t fit a certain standard],” she said.

Josip Baotic, who lectures in Croatian language and linguistics at the University of Sarajevo, points up the paradox between commonly-understood colloquial speech and the politicised use of formal language.

“They [people in BiH] understand each other 100 per cent, but when they communicate in writing, they demand that their written language be strictly subject to standards selected by national criteria,” he explained.

This, he added, made the business of written communication more difficult than it ought to be.

A straw poll which IWPR conducted in Sarajevo, Mostar and Banja Luka – indicated that most people identified their native language with their ethnic community.

“Initially I first learned Serbo-Croatian, but now I use only Croatian”, said Anita, a Croat from Mostar.

Sejo, a Bosniak from Sarajevo, said that he now spoke Bosnian, although what he learned at school was again Serbo-Croatian. Drago, a Serb from Banja Luka, said he grew up with Serbo-Croatian but now spoke Serbian.

Some of the older generation take the longer view. Lazo, an elderly Serb from Banja Luka, said he learned Serbo-Croatian in the 1930s and was sticking to it.

“My mother tongue is Serbo-Croatian. All these different languages introduced in Bosnia recently are a lot of nonsense. What’s the point in giving all these languages different names when we all understand each other perfectly well?” he asked.

Not everyone selects their language identity according to their ethnic background.

Budo Vukobrat, a journalist and editor at TV Sarajevo, calls the language he speaks Bosnian, although he is not Bosniak.

While Vukobrat has refused to adapt his own speech to fit politically-driven changes in language, he said, “I think my audience understands me just as well as it did before the war.”

Selma Boracic and Ajdin Kamber are IWPR-trained reporters in Sarajevo.

This article was produced as part of IWPR’s Tales of Transition project funded by the government of The Netherlands.