Nation pays its respects for the dead as new authorities attempt to stabilise the country.

Nation pays its respects for the dead as new authorities attempt to stabilise the country. 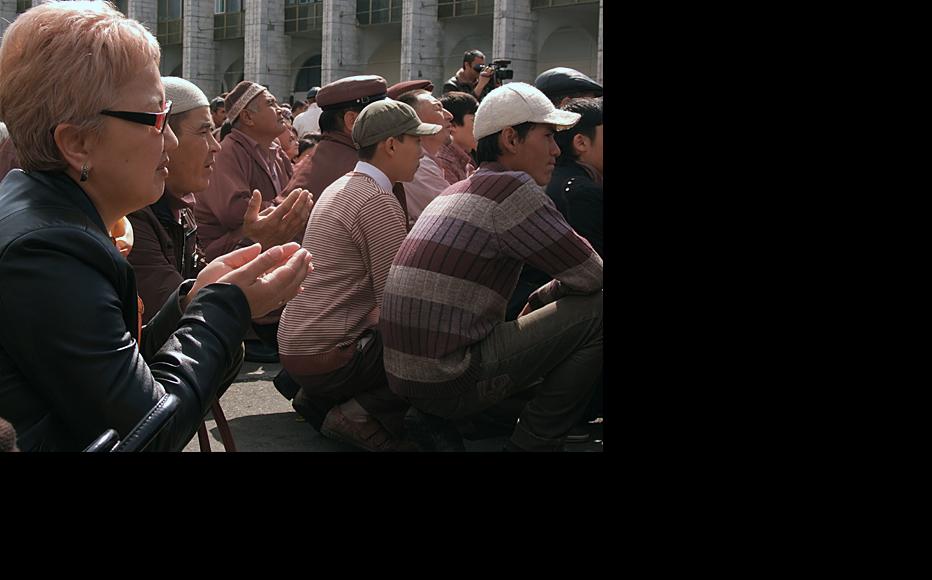 Kyrgyz pray for victims of uprising. Photo by Altynay Myrzabekova. 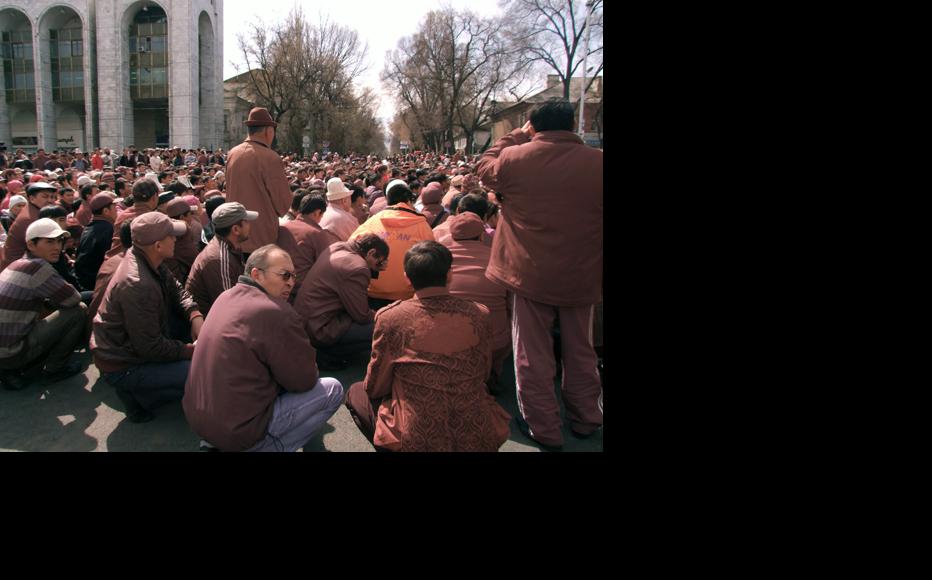 Kyrgyz pray for victims of uprising. Photo by Altynay Myrzabekova.
The link has been copied

Thousands of people gathered in the centre of the capital Bishkek April 9 for the first of two days of national mourning to pay tribute to people killed during anti-government protests this week.

The new interim authorities have sought to stabilise the country following the violence of April 7, and sent a delegation to Moscow for talks with Russian officials.

They say they have also launched criminal cases against officials suspected of ordering troops to open fire on demonstrators.

At the same time, the Kyrgyz president Kurmanbek Bakiev, who is believed to have fled the city for the south, has again been urged to resign and leave the country.

Seventy-six people were killed and hundreds were wounded during clashes in Bishkek and other towns, as unrest over standards of living boiled over with troops opening fire on the crowds.

At the central Ala-Too square, the scene of the unrest, thousands of mourners prayed for the dead and the national flag was lowered.

According to a representative of the Bishkek administration Turatbek Maadylbekov, the majority of funerals will take place on April 10.

The government will issue a decree on providing compensation for the victims, Kanybek Imanaliev, chairman of the committee for organising funerals for protest victims, said.

The families of those who died will be given compensation of 22,222 US dollars, whereas those wounded would be offered up to more than 1,000 dollars, he said.

The head of the interim government Roza Otunbaeva announced that the personal security of ousted president Kurmanbek Bakiev would be guaranteed on condition he resigns.

Addressing journalists after her meeting with the representative of the Organisation for Security and Cooperation in Europe, Otunbaeva said, “Kurmanbek Bakiev still has an opportunity to leave the country.”

She also said that a criminal case has been launched against his brother, Janysh Bakiev who was head of the state protection agency in charge of Bakiev’s security. According to Otunbaeva, it was Janysh who gave the order to open fire on protesters approaching the White House, where the president’s office is located.

“There are testimonies of people who were part of that team. Cases have been launched against some representatives of security forces and now it is important to restore justice,” she said.

“I visited today hospitals, there are those who are in a critical condition and others who are wounded,” continued Otunbaeva, saying that given what had happened there was no place for Bakiev in the country.

She also confirmed that there have been attempts by Bakiev and his circle to destabilise the situation.

“In three public places explosives have been found... There is evidence that supporters and former associates of Bakiev are offering money to hit men to target some people,” she said.

“Bakiev’s family members are hoping to come back and believe it is just a matter of couple of days.”

According to Otunbaeva, there are no tensions between northern and southern parts of the country. The latter were Bakiev’s powerbase, but support for him there has dwindled in recent years. Indeed, Otunbaeva said that two southern cities, Osh and Jalalabad, are controlled by supporters of the interim government.

“The situation there is, of course, more difficult than here [in Bishkek], but we have a lot of supporters there,” she said.

Restoring law and order in the capital is emerging as one of the priorities for the new government. Overnight on April 8, there were reports of clashes in a number of Bishkek districts between shopping centre security guards and looters. But the interior ministry said on April 9 that the situation in the capital was stable, as a result of the coordinated efforts of police and a voluntary citizens’ group.

One of the initiators of the latter, a well known boxer and member of the Kyrgyz parliament, Orzubek Nazarov, said the number of people involved in the citizens’ group reached 3,000. They are young sportsmen, reserve and retired military officers and ordinary residents, he said.

“There were a lot of calls overnight, a lot of work,” Nazarov said.

He said that while the looting had been stopped, there had been cases of illegal seizure of land in some areas of Bishkek.

Meanwhile, a delegation of the interim government, led by the deputy interim prime minister in charge of economy Almazbek Atambaev, left for talks in Moscow. It followed a telephone conversation between Otunbaeva and Russian prime minister Vladimir Putin on April 8.

Stressing what he described as the special relationship between the two countries, Putin reassured Otunbaeva that Russia will continue to assist the Kyrgyz people.

According to political analyst Nur Omarov, the main aim of Atambaev’s visit to Moscow is to discuss Russian humanitarian aid for Kyrgyzstan. Omarov also said that Russia will remain a strategic partner of Kyrgyzstan.