Teenagers are left traumatised, with little recourse to official complaint.

Teenagers are left traumatised, with little recourse to official complaint. 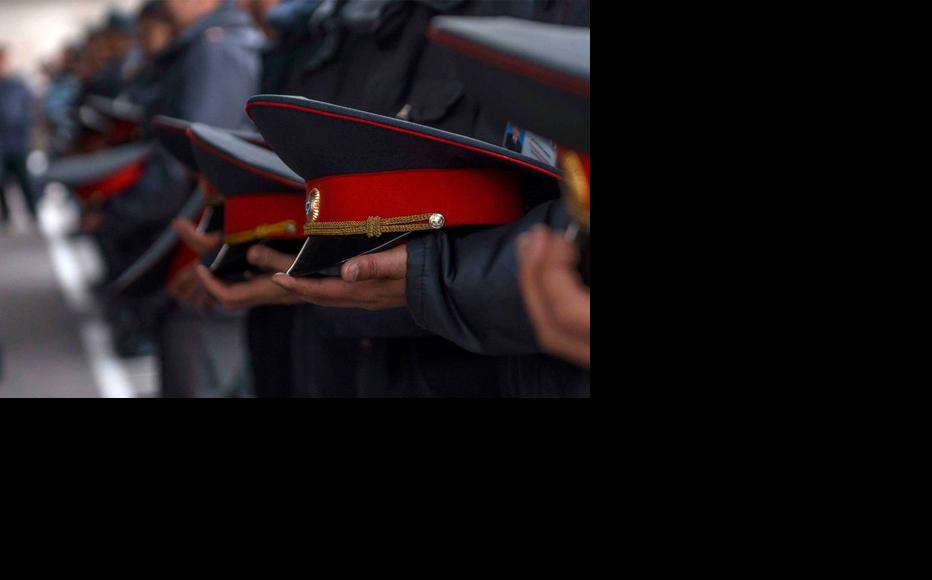 Ulan (not his real name) was arrested last year by police in the Oktyabrsky district of Bishkek on suspicion of stealing a mobile phone.

The 15-year-old, who was detained along with a group of friends, still has vivid memories of the trauma.

Despite his protestations of innocence, he was badly beaten at a local police station, and although his friends were soon released, his own mistreatment continued for 12 hours.

“When we were alone in the room, one of the police officers approached me, grabbed my hair and hit my forehead against the desk. Then he started beating me on my head and on my kidneys, kicking and screaming to make me confess to stealing the phone,” the teenager recalled.

As soon as he was released, Ulan’s family members took him to the hospital because of his injuries.

Ulan has now taken the unusual step of filing a complaint against the officers of the Bishkek police. The legal case is ongoing.

Few cases get as far as legal action, although anecdotal evidence points to physical violence being commonly used against minors in detention.

In 2015, the state-run National Centre for Prevention of Torture conducted an anonymous survey among 14-17 year-olds who had been temporarily detained or held in pre-trial detention centres.

Of the 54 respondents, 38 – 70 per cent - said that police officers, investigators or facility officers had used torture or physical violence against them.

Methods included sleep deprivation, beating with sticks, attempted asphyxiation and pricking the children with needles under their fingernails. Two minors were taken outside and drenched with water in sub-zero temperatures.

In response to the report, lawmakers called on the interior ministry to launch a full enquiry.

In May 2016 the then-minister, Melis Turganbaev, ordered local police chiefs to introduce tighter controls on their officers’ behaviour.

However Samagan Asanov, head of preventive visits at the National Centre for Prevention of Torture, told IWPR that no substantive action had been taken.

Torture carries a prison sentence of between four and eight years, while cases involving pregnant women, minors or disabled people are liable to penalties of 10-15 years.

In most cases that have come to court since torture became a criminal offence in 2003, suspects were either discharged due to insufficient evidence, or let off with a warning.

There has only been one conviction of policemen for the torture of minors.

In March 2014, two officers were found guilty of abusing school students in an attempt to extract confessions. Nurbek Asanbai uulu and Shekerbek Ermekov, of Bazar-Korgon in the Jalal-Abad region of Kyrgyzstan, were both sentenced to 11 years in prison.

According to the most recent statistics from the Prosecutor General’s Office, 231 adults lodged complaints about torture in the first half of 2016. Some 200 were dismissed and a further eight criminal cases against police officers were initiated.

Aidar Sydykov, a lawyer who works for Kyrgyz human rights foundation Voice of Freedom, said that the reason for the discrepancy between the number of complaints and the number of court cases was clear.

“Pressure is imposed on victims of torture and their relatives [by the system]. We’ve dealt with cases of police officers pursuing victims [who complained] and planting drugs on them,” Sydykov told IWPR.

Teenage victims of torture are even less likely to make a complaint. Asanov said that half of the minors interviewed for the survey were unaware they even had a right to complain about their treatment.

Only nine per cent went on to file formal complaints, although they all later withdrew these charges.

For children, the after-effects can be particularly traumatic.

“If a child is used to consider the world a safe place, after [experiencing torture] he or she begins to think that the world is dangerous and no one should be trusted,” said Perizat Asylbaeva, a clinical psychologist who works for the Kyrgyz NGO Child’s Rights Defenders League.

“Torture has psychological consequences including insomnia, nightmares, depression, apathy, and aggression towards the outside world,” she continued, adding that such mistreatment might also make a young person more likely to pursue a life of crime.

Azamat Abdrakhmanov, who heads the juvenile department of the Kyrgyz interior ministry’s office for public safety, told IWPR that the ministry was lobbying for amendments to the criminal code that would bar minors being questioned during the night.

Overall oversight was also being stepped up, he added.

“Surveillance cameras have been installed at four local police offices in Bishkek,” Abdrakhmanov continued. “All interrogations are recorded.”

Kyrgyz human rights defender Nurbek Toktakunov, who used to serve as a criminal investigator, told IWPR that such measures were clearly far from sufficient.

He said that police officers were under pressure to boost monthly rates of crime detection.

This meant they turned to physical pressure to ensure a confession, regardless of the detainee’s age. The National Centre for Prevention of Torture survey also revealed that officers sometimes accepted bribes to close cases involving minor misdemeanours.

Ulan’s aunt, who asked to remain anonymous, told IWPR that Oktyabrsky district police had rejected her complaint about her nephew’s treatment three times.

The prosecutor's general office in the Oktyabrsky district of Bishkek only accepted her complaint after she warned them that she would appeal to the higher authorities.

Despite a number of sessions with a psychologist, Ulan is still finding it hard to get over the trauma.

“I’ve become fearful. When I walk outside, I think that I could be detained again or charged. I used to feel safe, walking around all day,” he continued. “Now when I see a police officer or a police car, I stop and stand still till they pass by.”

Madina Sheralieva is a Bishkek-based journalist. Additional reporting was provided by IWPR-trained reporters in Kyrgyzstan.

This publication was produced under the IWPR project, Investigative Journalism to Promote Democratic Reform, funded by the European Union.

Kyrgyzstan
Torture, Children
Connect with us