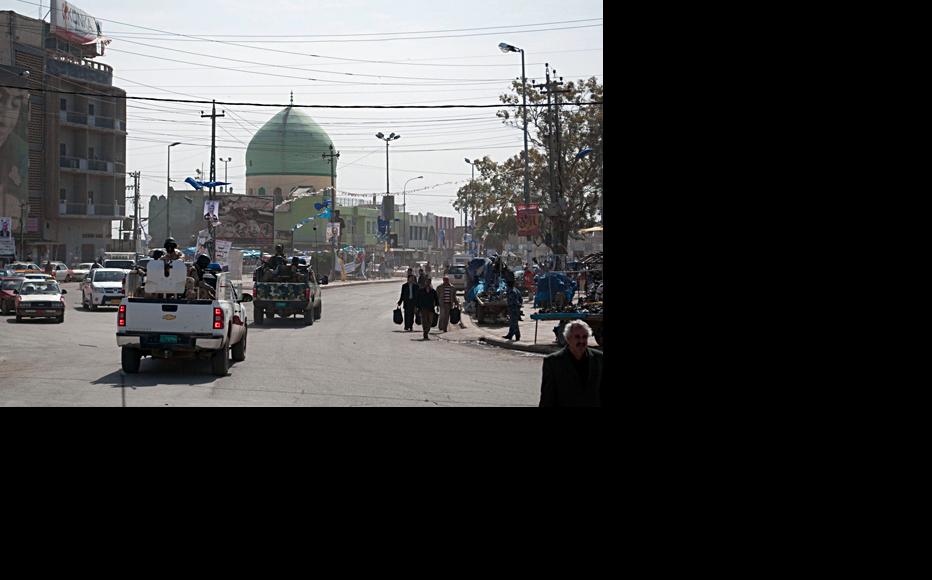 As part of coalition-building talks, Kurdish negotiators will demand implementation of legislation concerning the future of Kirkuk. (Photo: Metrography)
The link has been copied

A complex round of political give-and-take is under way in Baghdad as Iraq’s powerful Kurdish minority works to carve out its role in the next government.

After rulings this week boosted the credibility of the contested March 7 election, a period of coalition-building has commenced that will determine who governs the country.  Although the Kurdish leadership claims it is moving “wisely, carefully and without haste” as it evaluates prospective allies, many observers feel a governing partnership with the Shia majority is imminent.

Long seen as Iraq’s political “kingmakers”, the self-ruling Kurds boast their own military plus an economically thriving, relatively stable region in the north of the country that sits on roughly half of the country’s 115 billion barrels of proven oil reserves – the third-largest in the world.

Even so, some analysts believe the Kurds have less political leverage than in years past because of unresolved disputes with central government over oil exports, disputed areas and autonomy.

For the moment, Kurdish negotiators are hedging their bets.

“So far, we have not decided who we will form a coalition with. We intend to hold talks with all the political parties, and we intend to help solve disputes between them. We will form coalitions in light of their programmes and perspective on the Kurdish issues and democracy in Iraq,” Sami Shorsh, a member of the Iraqi parliament from the Kurdish Alliance and the chief Kurdish negotiator in Baghdad, said.

Earlier this week, an appeals court said no winning election candidates would be barred because of links to the outlawed Baath party. At the same time, an election commission endorsed a manual recount which revealed no evidence of serious voting fraud.

The rulings removed the biggest obstacles to the validation of the election results which has been delayed for more than eight weeks and is now expected by June.

With the final results in place, the Iraqiya bloc, a mostly Sunni and secular coalition under former interim prime minister Ayad Allawi, was narrowly left in first place with 91 parliamentary seat. The main Shia coalitions - State of Law, SOL, and the Iraqi National Alliance, INA - finished second and third with 89 and 70 seats respectively. The Kurdish Alliance, a recently unified bloc of four Kurdish parties, was fourth with 57 seats.

Although no official negotiations may begin until the Supreme Court ratifies the election results, it is an open secret that political brokering has been going on for weeks.

The most significant result has been the merger earlier this month of Prime Minister Nuri al-Maliki’s SOL and the INA, dominated by the radical Shia cleric Moqtada al-Sadr.

The partnership puts the Shia blocs just four seats short of a two-thirds majority in the 325-seat parliament and in prime position to form the next government.

Allawi has bitterly claimed that Iraqiya was stripped of its right to have a first crack at forming a new government as the top vote-getter. In recent days, however, the Supreme Court has announced that the opportunity to form the government may also be granted to the biggest political bloc in the new parliament.

With the issue still under debate, the Kurds are left with two likely alliance scenarios: unite with the Shia coalition, as they did after the 2005 election; or join with the disgruntled Iraqiya faction and run the risk of being forced into opposition. For some analysts, the decision is a no-brainer.

“It is obvious the Kurdish leaders want to make an alliance with the Shia parties, as they can find more common points with them and they have a history together,” Atta Qaradagi, a political expert in Sulaimaniyah, said.

But for others, that “history” might be cause for concern.  If simmering issues between Erbil and Baghdad could not be resolved over the last four years, many are asking how effective a government with a similar composition will be.

“The Kurds welcomed the unification [of the Shia coalitions] since they are the foremost proponents of the idea of an Iraq defined by an ethno-sectarian trinity. But the Kurdish-Shia alliance was at its height in 2007, and even then they couldn’t solve the question of the oil sector or Kirkuk,” said Reidar Visser, a research fellow at the Norwegian Institute of International Affairs and the editor of the Iraq website http://www.historiae.org/.

Both sides have indicated that an alliance may be ahead, and there already signs of progress. This week, Iraq’s oil minister ended a long-running dispute by allowing the Kurds to profit from oil deals made independently of the government.

Still, members of the Shia coalition have been quick to point out the formidable political power wielded by their bloc.

As Joost Hiltermann, Middle East deputy programme director for the International Crisis Group, points out, the Kurds lost ground in the overall parliamentary seat count from 2005 – although this was mostly due to a reallocation over a disputed election law in December.

Should the Kurd-Shia alliance emerge, Hiltermann predicts that the Kurds will concede to the Shia coalition the choice of prime minister. Other analysts have said the Kurds’ reputation for hard bargaining, namely demanding 17 per cent of Iraq’s overall budget and historic claims to disputed areas, has won them few friends in Baghdad.

“Needless to say, the Kurds will ask for certain key positions, such as the presidency and perhaps the finance ministry. I don’t think the Kurds will be able to push as hard as they might like, as their leverage is reduced somewhat compared with four years ago,” Hiltermann said.

According to Shorsh, the Kurdish negotiators will stick closely to their demands. He listed as first on this list the implementation of the Iraqi constitution’s Article 140 which relates directly to the status of Kirkuk, an oil-rich city the Kurds would like to incorporate in their semi-autonomous region.

Article 140 says that before a promised referendum is carried on Kirkuk’s future, efforts should be made to reverse Sadddam Hussein’s Arabisation policy under which thousands of Kurds were expelled from the region and replaced by Arabs.

Shorsh said the Kurds are also calling for a census to be held to determine how many parliamentary seats they should have and what share of the Iraqi budget.

“We will try to get the Kurdish share of the Iraqi budget in Baghdad organised and will have it sent it to the region on time so that the Iraqi government can no longer use it as a card against the Kurdish nation. We will also try to solve the issue of peshmerga (Kurdish military). We want peshmerga forces to be part of the Iraqi defence force as they are in reality. We will also try to get the new oil and gas bill discussed and approved by parliament. Lastly, we insist on the post of the Iraqi president for the Kurds,” Shorsh said.

Shorsh said he believes the Kurds are in a strong position in negotiations over a new government, and called on all religious and ethnic groups to “run the country together”.

Should this fail to happen, some observers fear a return to the sectarian violence that devastated the country in 2006 and 2007. If a Kurd-Shia government takes shape, it runs the risk of alienating the Sunni minority, which has already expressed discontent over the Shia-dominated governments in place since 2003. It is hoped by many that a significant number of Iraqiya members will defect to the Shia coalition in the days and weeks to come.

“If and when a government is formed without Iraqiya, and this leads to a surge in violence, the Kurds would be in the front line as they co-inhabit the disputed territories with Sunni Arabs and Turkoman. This would reduce pressure on the Shia parties, but let’s hope things don’t go that way. The wisest way forward would be the formation of an inclusive government with significant Iraqiya participation,” Hiltermann said.

Zaineb Naji is an IWPR-trained journalist in Kirkuk.
Hogar Hasan is an IWPR local editor in Erbil.
Iraq editor Charles McDermid contributed to this report.

Iraq
Elections
Connect with us