Residents of disputed area say they get along pretty well, claiming politicians are behind talk of rising tensions.

Residents of disputed area say they get along pretty well, claiming politicians are behind talk of rising tensions. 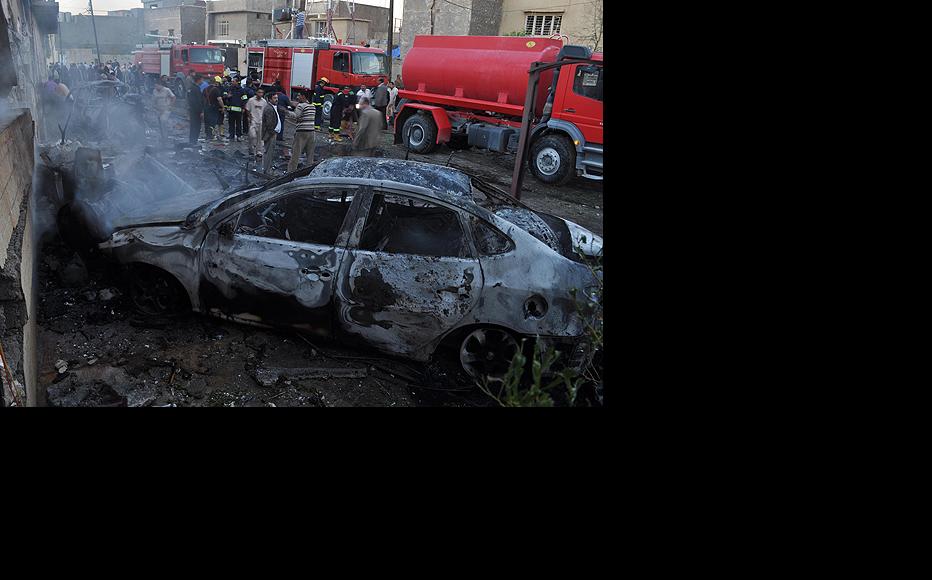 Kirkuk residents survey the aftermath of a triple car bomb attack in November. Fear of violence in disputed areas such as Kirkuk has forced the delay of Iraq&amp;#039;s nationwide census, but native Kirkukis say reports of ethnic tension are overblown. (Photo: Metrography)
The link has been copied

The Iraqi government’s decision to postpone a nationwide census has once more cast Kirkuk as an obstacle to political progress, but long-time residents say the contested province has an undeserved reputation.

The census, which would be the first for Iraq since 1987 and had been scheduled for December 5, was postponed indefinitely last week in order to avert potential violence in disputed areas such as Kirkuk, and to examine the inclusion and wording of certain questions, specifically one pertaining to ethnicity.

Contested ethnically-mixed areas include parts of the Nineveh, Diyala and Tamin governorates, but ownership of the oil-rich city of Kirkuk has always been the key issue. This ancient city, reportedly the home of the tomb of the biblical prophet Daniel, is claimed as an ancestral homeland by Kurds, Arabs, Turkomans and Christians.

Because of its rich ethnic and religious diversity, Kirkuk has been dubbed Little Iraq, a microcosm of the nation as a whole. Since the toppling of Saddam Hussein’s regime in 2003, however, the city and its oil have been caught in a power struggle between Baghdad and Erbil, capital of the semi-autonomous Kurdistan region.

The census, which was mandated in the Iraqi constitution to be held in 2007, still appears to a long way off. Kurdish lawmaker Mahmud Othman described the delay of the census as the result of “deep mistrust between political groups”. But Kirkuk locals say such disputes do not reach the street level or the bazaar where merchants of different ethnic groups conduct business side-by-side.

Kirkuk has long been seen as a hotbed of ethnic and sectarian rivalry, but while nationalistic passions remain high long-time residents still coexist in relative harmony. Analysts say that if violence erupts in the province it is likely to be provoked by rival political forces from outside Kirkuk.

Although there has been sporadic violence in the city of some 800,000 people for many years, native Kirkukis say these outbreaks are between newcomers, especially the new wave of Kurdish immigrants and Arabs who were given incentives to relocate to the city during the Saddam era.

The political bickering and intermittent violence do not affect relations between long-standing Kirkukis who have lived in ethnically-mixed neighbourhoods for many generations, a range of community leaders, politicians and security force members told IWPR.

“The reports about sectarian tension escalating in Kirkuk are groundless,” Abdul Rasheed, 40, a Sunni Arab schoolteacher, said. “These reports come from the media arms of the political parties and are circulated by those who have an interest in the political deterioration of Kirkuk.

“The ethnic groups of Kirkuk are often related to each other and have lived side-by-side since ancient times. Intermarriage is still quite common. These ties will not be affected by political tensions or the census, if they ever have one.”

The reason Kirkuk has drawn comparisons to deeply divided areas such as Beirut is because so many different groups lay claim to it, locals and analysts say. Kurdish leaders have vowed to include the city in Kurdistan, while Sunni Arabs and Turkomans claim such a move would further marginalise them.

But lifelong Kirkuk resident and community organiser Ihsan Mohydin, 63, scoffs at reports that the possibility of a census has created street-level ethnic tension in his hometown. Mohydin, a Kurd, says that he has relatives who are Turkomans, Arabs and Christians.

Although he supports a census, Mohydin feels that questions requiring a declaration of ethnicity continue to overlook the integration that made Kirkuk a successful city in the past.

“In all aspects of everyday life, the original people of Kirkuk are close to each other. You can see it in all the old, mixed neighbourhoods. Only the politicians make these problems,” Mohydin said.

Archbishop Louis Sako, leader of the ancient Chaldean Christian community in Kirkuk, agrees. Sako, who earned a masters degree in Islamic studies in Rome and a doctorate in Iraqi history from the Sorbonne, is known as a mediator between Kirkuk's different groups.

“This city has been diverse with many different religions and cultures since the first century,” he said. “I have heard all the reports about tension between different groups but I don't see it among my congregation or in the mixed neighbourhoods where the long-time Kirkukis live.”

The same opinion is held by Colonel Larry Swift, formerly the commanding officer at the United States base in Kirkuk known as Forward Operating Base Warrior. Swift recounted being told in dramatic terms by an analyst before he arrived that Kirkuk was a “time bomb”.

“It’s not a time bomb,” he said. “Kirkuk is not a Bosnia or a West Bank. For that type of situation to happen you would need congenital hatred on the street level, and that's just not here.”

Experts agree that the census will provide much-needed demographic information for civic planners charged with reviving the moribund education, health, housing, and transportation sectors. It is also meant to determine who can vote in a subsequent referendum on whether Kirkuk would be governed by Baghdad or included in the Kurdistan region.

But native residents, such as community leader Mohydin, say that Kirkuk should be left to govern itself.

He says he remembers when the city was known for its togetherness, adding, “I think Kirkuk could be a lesson in how different people can live together peacefully in Iraq.”

Samah Samad is an IWPR-trained journalist.