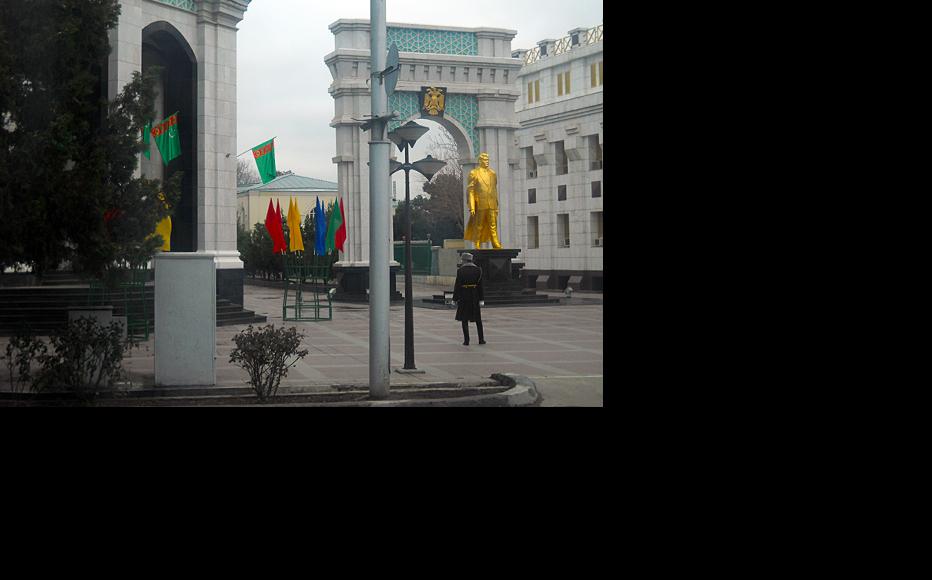 Ministry of National Security in Ashgabat. (Photo: IWPR)
The link has been copied

State surveillance in Turkmenistan is now so all-pervasive that kindergartens are compiling dossiers on pre-school children to keep track of who their relatives are.

Staff at pre-school institutions have been instructed to provide local education departments with lists of each child's family members going back three generations.

"All adults in our country have to submit information about their immediate family and three generations of their forebears when they join a state organisation or university. Now it’s children as well," a kindergarten head in the capital Ashgabat said.

Parents are being handed questionnaires to fill out on their family members, including details of any criminal convictions and any foreign travel and its purpose.

As the kindergarten head pointed out, the same information is gathered on adults in public-sector jobs and institutions.

Turkmenistan’s intelligence service has comprehensive family data on most of the population, although those in the small private sector – market traders, taxi drivers, and farmers – seem to have escaped so far.

The “three generations” rule reflects an unwritten view that if particular individuals are deemed politically unreliable, their relatives are probably suspect as well.

But it is actually an improvement on how things were under the late president Saparmurat Niazov, when everyone had to trace seven generations of their family, and note where they were buried. The rule was relaxed when the present head of state, Gurbanguly Berdymuhammedov, came to power in 2007.

A university lecturer in Ashgabat described filling out a form for his four-year-old son, who is at kindergarten, and then asking the local education department why this was necessary. A staff member there just shrugged his shoulders and said it was standard practice.

The lecturer is pretty sure he knows what the forms are for – information for the Ministry of National Security.

"The children's forms will be used if the intelligence service starts investigating some family member who has made a careless remark,” he said.

Turkmenistan
Children
Connect with us