Thousands of people displaced by 2007-08 electoral violence are still waiting for help.

Thousands of people displaced by 2007-08 electoral violence are still waiting for help. 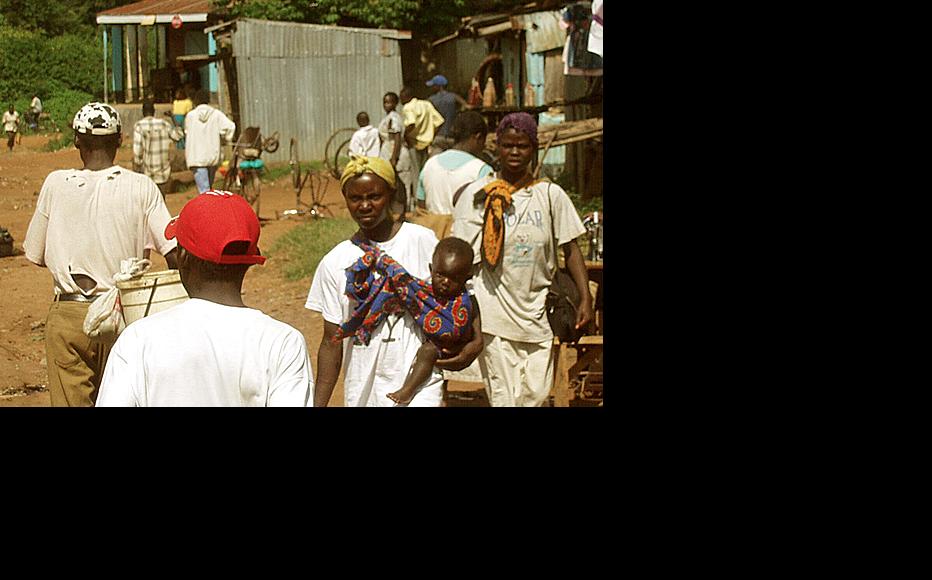 Many IDPs living in Nyanza province who never registered at official displacement camps say that they are still waiting either to be resettled or receive the compensation provided to others. (Photo: Rogiro/Flickr)
The link has been copied

Kenya’s new government is under pressure to resettle or compensate more than 100,000 people left homeless by post-election violence five years ago.

The people in this category, who unlike others did not register as internally displaced persons or IDPs, currently live in Nyanza province in western Kenya. They say they have been left out of government programmes aimed at those who lost their homes, and are now pinning their hopes on a new law that increases protection for IDPs.

More than 600,000 people lost their homes during the bloodshed that took more than 1,100 lives after a disputed presidential election in December 2007.

Two months of fighting along ethnic and political lines was brought to an end by a power-sharing agreement that resulted in a coalition government.

Uhuru Kenyatta, who is one of three suspects facing trial at the International Criminal Court, ICC, in The Hague for orchestrating the violence, was sworn in as Kenya’s new president on April 9 after winning the election just over a month earlier. The other suspects are his running-mate and now vice-president, William Ruto; and journalist Joshua Arap Sang.

About 350,000 of the people displaced by the 2007-08 violence went to live in around 120 registered displacement camps across Kenya.

The remaining 300,000 moved in with relatives or settled in towns. They are officially categorised as “integrated” IDPs, and include the 127,000 in Nyanza province, who have emerged as the most coherent and vocal group.

In the last five years, government efforts have enabled the vast majority of those living in temporary camps to either return home or resettle elsewhere.

After some delays, the authorities provided compensation to most of the 6,800 households registered as displaced. Each was given 10,000 Kenyan shillings, around 120 US dollars, while a further payment of 25,000 shillings was awarded to those who lost property such as homes, land and businesses.

The IDPs living in Nyanza province are still waiting either to resettled or receive the compensation provided to others. They never registered at official displacement camps, and many say the government has forgotten about them.

Nelson Owegi, formerly from the town of Kiambu in central Kenya, chairs a group that represents IDPs in Nyanza province. He lost his business and car in the violence.

“The government has concentrated on IDPs who are in the camps,” Owegi said. “Us genuine IDPs who took refuge in churches have since been forgotten.”

Nyanza’s provincial commissioner, Francis Mutie, acknowledges that thousands of people there have not been compensated for loss of property.

"Right now, there is no hope for the IDPs in Nyanza to get the 25,000 Kenyan shillings, because they were not factored into the government's budgetary allocation for the financial year,” he said.

The outgoing government pledged repeatedly to resettle all IDPs and award them the outstanding compensation.

Rights groups in Kenya have accused the outgoing government of providing too little support to the “integrated” category of IDPs. Following the violence and the subsequent population displacement, the government failed to register everyone who lost their home, and did not come up with a clear resettlement plan. This, the groups say, meant that IDPs who went to official displacement camps generally benefited from government support while many who fled elsewhere missed out.

“Within the IDPs [from 2007-08], we have such forgotten categories as the urban IDPs, integrated IDPs and IDPs who moved to other places other than the main camps in Rift Valley and other unofficially recognised places,” Davis Malombe, deputy executive director of the Kenya Human Rights Commission, told IWPR.

The government has also faced serious questions about 250 million shillings – some 2.5 million dollars – of donor money earmarked for IDPs that went missing.

Andrew Mondoh, Kenya’s permanent secretary for special programmes, the ministry in charge of IDPs, told IWPR that the incoming government intended to resettle all of the 127,000 IDPs categorised as “integrated”, along with those from the official displacement camps who have yet to be resettled.

"All IDPs, including integrated IDPs, will be resettled however long it takes to resettle all of them," he said. "Those who were not given 25, 000 will also be given the amount."

The IDPs in Nyanza are growing tired of waiting for the government to move. Owegi says that last year, they filed a lawsuit against the government, holding it responsible for killings, rapes and the destruction of property that occurred during the 2007-08 unrest.

To date, no one has been convicted of orchestrating the violence that followed the 2007 election, and many legal experts say the government signally failed to ensure that effective investigations were carried out.

IDPs like Owegi are hoping to take advantage of a new law to force the government to give them the assistance they need. The Prevention, Protection and Assistance to Internally Displaced Persons and Affected Communities Act 2012 came into force late last year. The law brings into effect United Nations guiding principles for protecting displaced communities, as well as commitments signed up to by various states in Africa’s Great Lakes region.

In particular, it requires the Kenyan government to provide IDPs with the support they need, and stipulates that money should be set aside for the purpose.

According to Ekwe Ethuro, a former member of parliament for the Turkana district, the law “establishes a fund that draws money from the treasury and is channeled towards food, housing, medical supplies and grants for internally displaced to help them restart their lives".

The law also spells out the government’s legal responsibility to create a comprehensive database containing the names of all displaced people in Kenya, something it failed to do in the aftermath of the 2007-08 conflict.

Owegi believes the law could improve the lives of the IDPs he speaks for in Nyanza province.

“We have now laid our hopes on the new IDPs Act that was passed last year,” Owegi said. "Even though we are promised resettlement [by the government], nothing is forthcoming."

Henry Maina, director of the international advocacy group, Article 19 East Africa, says the new law should help those IDPs who are yet to receive government assistance.

“The publication of the bill... reflects the good intention of the Kenyan government to alleviate the suffering and provide robust solutions for IDPs,” Maina said, adding that the legislation could go some way to ensuring that all IDPs are adequately catered for.

A new 15-member national committee on IDPs, created under the new law, is expected to submit a list of all IDPs to parliament by the end of the month.

The chairman of the National Network of Internally Displaced Persons, Peter Kariuki, praised the law for providing uniform criteria for dealing with displaced people. The outgoing government was accused of favouring certain ethnic groups over others when it came to offering assistance. Kariuki also noted that the IDP problems had been politicised during the recent election campaign.

"The law is good because it will help cut political interference in allocating land for IDPs," he said.

Others working in the field are still uncertain whether the government will deliver the actions needed to make the law effective.

“Politicians need to lay down strategies such as how, when and where the funding of the IDPs resettlement will be dealt with in line with the new IDP law,” Nuur Mohamud Sheekh, Horn of Africa analyst for the Internal Displacement Monitoring Centre, told IWPR.

Lilian Ochieng is a reporter for ReportingKenya.net and the Daily Nation in Kisumu.