William Ruto implied that people outside his own ethnic group would be forced out.

William Ruto implied that people outside his own ethnic group would be forced out. 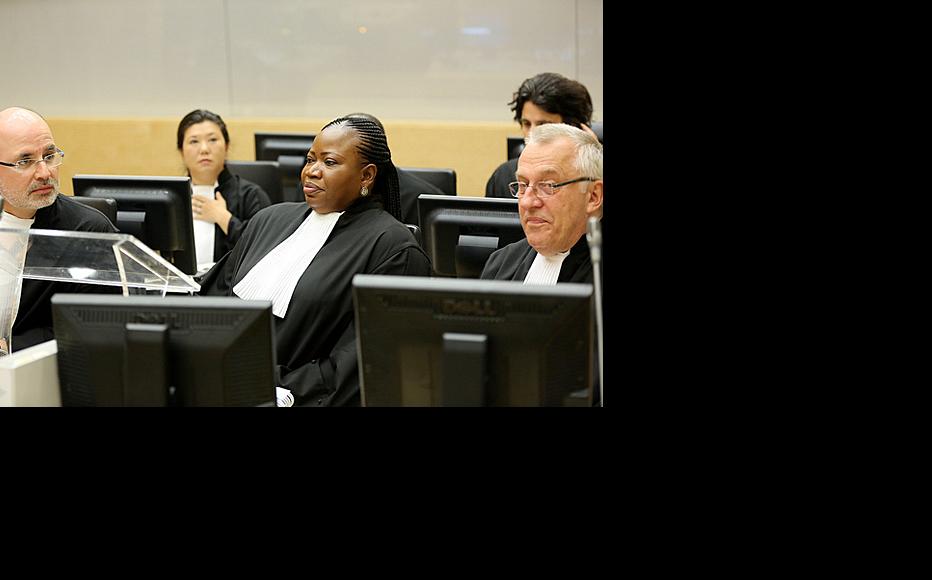 Prosecutors in the case against Ruto and Sang. Anton Steynberg (front left) said his team had not been able to verify witness' claims about the death of a police officer. (Photo: ICC-CPI/Flickr)
The link has been copied

A protected witness testifying at the International Criminal Court (ICC) told judges this week that defendant William Ruto made threats against his opponents ahead of the 2007 election in Kenya.

Ruto, who is now Kenya’s deputy president, is on trial at the ICC on charges of orchestrating the bloodshed that engulfed the country in the aftermath of the disputed election. A former journalist, Joshua Arap Sang, is standing trial with him.

More than 1,100 people lost their lives and 600,000 others were forcibly displaced during two months of political and ethnic violence.

Ahead of the 2007 election, Ruto was a member of parliament for Eldoret North in the Rift Valley and deputy leader of the opposition Orange Democratic Party (ODM) party.

ODM was battling it out with its rival, the Party of National Unity (PNU) led by the then president, Mwai Kibaki.

Prosecutors allege that Ruto planned attacks against PNU supporters with the objective of forcibly expelling them from Rift Valley province.

In the Rift Valley, members of the Kalenjin ethnic community broadly backed the ODM in the 2007 election, whereas people of Kikuyu descent voted mainly for the PNU.

The witness, identified by the number PO 128, told the court that during the election campaign, Ruto had sought the support of a former senior police chief, Samson Cherambos, a respected figure in Eldoret. Together they urged Kalenjins to come out and vote in large numbers and ensure an ODM victory.

The witness recalled how, in a public speech in the run-up to the polls, Ruto said that if his party won the election, then “tree stumps” would be “uprooted”, and land in the area would be given to its rightful owners.

The witness said Ruto used the term “tree stumps” to refer to non-Kalenjins and to anyone who did not support the ODM. He said this meant these people would be ejected if the ODM won the election.

“Ruto asked the Kalenjins to vote in massive numbers, and once the ODM took power, they were going to uproot the tree stumps and their land would be given back to their owners,” the witness said. “He talked about two tribes, the first was Luhyas and the second was Kikuyus. He said if ODM won elections, then Kalenjins would be free to do what they want and would take back land bought by Luhyas.”

The witness said he only thought about the meaning of these words after the elections and after seeing attacks on non-Kalenjins. Then he interpreted Ruto’s speech as meaning that “once the Orange Democratic Movement takes over government, then all the non-Kalenjins would be kicked out of the Rift Valley”.

The witness then described how, as the violence unfolded, young Kalenjins looted shops belonging to Kikuyus in the Nandi Hills area, and were remunerated for doing so, although he did specify who provided such rewards.

“If you looted something, they would give you money,” he said. “If you took a mattress, they gave you money.”

The witness told judges that the violence in the Nandi Hills area began when the head of the local police force, a Kikuyu, was shot dead with an arrow as he addressed a crowd.

Following the disputed poll and the announcement that Kibaki had been re-elected as president, all the men in the area were told to go to the district commissioner’s office in Nandi Hills town. The witness said he too went along there, and the police chief was organising the crowd when he was shot.

“The person hit by the arrow fell down, and I was afraid when I saw that the policeman had been killed,” the witness said. “I thought that they would start shooting at us, and so I turned around and started running back home.”

The witness said that it was then that large-scale violence broke out in the area. As he had left his family at home, he decided to leave as quickly as possible.

“I was worried [about] my children who I had left behind, and upon seeing what happened to the police officer, I decided to run back home and save my family,” he said.

The lawyer representing the victims in the case, Wilfred Nderitu, asked the witness to describe how the unrest had affected him.

“That ordeal shook me, I have never had peace,” the witness replied. “I was forced to be an internally displaced person in my own country. The chaos lagged me behind as I had progressed in life. My children’s education was affected. I don’t know how the future will be.”

In his cross-examination, one of Ruto’s lawyers, David Hooper, challenged the witness’s understanding of events surrounding the 2007 election.

He pointed out that Musalia Mudavadi, a Luhya, was the running-mate of the ODM’s presidential candidate, Raila Odinga.

“You attended two rallies where ODM speakers were saying to any Luhyas who had ears to understand that ‘we are going to kick you out and take your farms.’ That’s what he [Ruto] was saying, is it?” Hooper asked the witness.

“In my testimony I said the remarks that were stated in Kalenjin coming from one ODM leader said that all people should vote for ODM and, should it win, they would get ample benefits,” the witness responded.

On the shooting of the police officer, Ruto’s defence sought to demonstrate that the individual concerned was in fact still alive.

Hooper produced photographs and a sworn statement which identified the officer as George Odhiambo and which appeared to confirm that he was still alive.

“Your Honour, there was a big crowd in front of me and I could not clearly see whoever was killed,” the witness said.

After the defence expressed concerns about the witness’s testimony, prosecuting lawyer Anton Steynberg said that his office had not verified the claims about the death of the officer as the incident was not recorded anywhere, and that the identity of the deceased was unknown.

However, he added that the prosecution was not seeking to use this incident against Ruto or Sang.

When Hooper accused the prosecution of failing to properly investigate its case, presiding Judge Chile Eboe-Osuji recalled that the Office of the Prosecutor had often complained that its investigations were frustrated by the Kenyan government.

“The prosecution has complained repeatedly, and he [Steynberg] has also said it now, that it looks like the defence in this case has enjoyed more latitude investigating this case than they have done,” the judge said.

Hooper disagreed with this assessment, saying, “What appears to be the position of the prosecution in this case, as far as its investigations are concerned, is to leave no stone turned. It is not just this witness – it is all of them. They are not looking behind the veil to see.”

After the witness’s testimony, the trial adjourned until February 17.