Investigative journalism is being used as a robust tool for advocacy.

Investigative journalism is being used as a robust tool for advocacy. 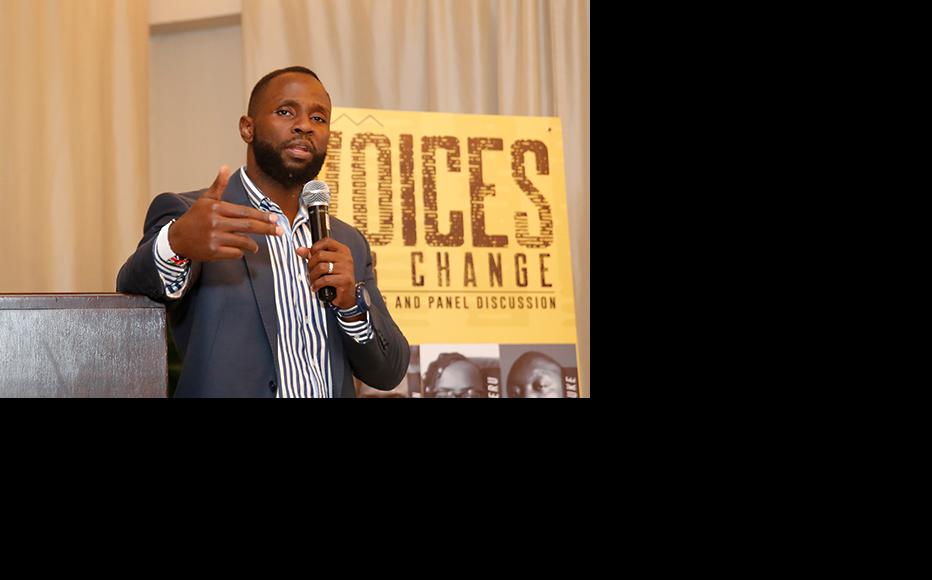 John-Allan Namu of Africa Uncensored speaking at a Voices for Change roundtable event in Nairobi, Kenya. July 2019. (Photo courtesy of John-Allan Namu)
The link has been copied

IWPR and Africa Uncensored, an independent investigative media house, have been collaborating under the Voices for Change programme to forge closer relationships between civil society activists and journalists reporting on and campaigning for human rights.

With a focus on corruption and extrajudicial abuses, the partnership has increased scrutiny on number of state and non-state actors across the country.

Africa Uncensored CEO John-Allen Namu explains how working together has brought benefits, particularly at a time of growing pressure on both sectors.

How would you describe the state of mainstream journalism in Kenya?

Mainstream journalism in Kenya is robust, but I believe that there are major structural issues that need fixing. The quality of journalism has suffered, with issues as simple as typographical errors to major ethical problems becoming more and more frequent. Challenges to freedom of expression, however, is the single largest threat to all journalism in Kenya. Various laws have been used to justify the arrest and charging of journalists and bloggers - many times on flimsy evidence or for perceived political reasons - and on the whole, this presents a serious challenge to press freedom.

Legal jurisprudence on libel in Kenya can also be seen as a threat to media freedom. Past rulings have awarded incredibly punitive amounts of money to complainants, for an offense where the quantum of actual damage to a person's reputation is very hard to determine. A former government official, who blew the whistle on alleged corruption in government was sued for defamation by one of the officials he accused. The court awarded the complainant damages of 270,000 US dollars. The amount of the award itself will continue to make whistleblowing initiatives very risky, and sends a negative message to journalists looking into issues of accountability.

What are the main issues that the team is addressing in their work?

The Voices for Change cohort has been addressing the widening gap in trust between journalists and human rights defenders, specifically as regards reporting about and campaigning against criminal human rights abuses. This has been done through their work, either as individuals or through collaboration, on various journalistic or advocacy focused projects. Over the past year, the team has produced impactful pieces of journalism and important campaigns.

What impact have your stories had?

There has been real world impact emanating from the stories told under this project. For instance, after Kevine Omollo's story about the perils of artisanal mining in Macalder, Western Kenya, the local government moved to close mines in the area. Licensing of mines is now a key concern for that local government, as is the safety of miners who in the past risked their lives for very little returns.

The impact that impresses us most though, occurred within the group itself. Journalists and human rights defenders sought to work closely on projects that will have a lasting impact on the communities they work amongst. Francis Auma and Kevine Omollo, for instance, have worked to find victims of police brutality for a class action suit that Auma's NGO intends to file against the Kenya police service.

Why is investigative journalism so important in the Kenyan context?

It is important because of the threats that face Kenyans today. Impunity in the face of criminality is becoming the new normal in Kenya. Newspaper headlines are awash with corruption scandals, many times implicating officials at the highest rungs of leadership. Yet, for all the reportage, there is little digging beneath the surface to expose the more systemic challenges that corruption has wrought upon the Kenyan state. Investigative journalism can shine a light on these issues, and keep that focus on them, thereby catalysing changes in attitudes at the very least, and more optimistically, policy, social and governance changes for the betterment of Kenya.

What are the key challenges that investigative journalists face in Kenya?

Investigative journalists are often confronted by the threat of arrest and violent attacks. Unfortunately, some have died in their line of work. Investigative journalist John Kituyi, who was working on an investigative case linked to the International Criminal Court cases against President Uhuru Kenyatta and Deputy President William Ruto, was murdered just days before the publication of one of these reports.

As mentioned earlier, legal jurisprudence in libel cases, as well as various laws relating to publication of information are also being used to decrease the space within which journalists work. Self-censorship is a sad reality that has seen a number of key stories being shelved by would-be powerful media houses.

What stand-out stories have you and the team been working on recently?

We are working on a number of reports that look into the systemic problems that have led to or encouraged corrupt networks to steal from public coffers. Two of our reports, which are part of a cross-continental partnership between investigative reporters, have already been published.