Keeping Islamic State Out of Georgia

In the Pankisi Gorge, locals call for more action to stop young men going off to fight in Syria.

Keeping Islamic State Out of Georgia

In the Pankisi Gorge, locals call for more action to stop young men going off to fight in Syria. 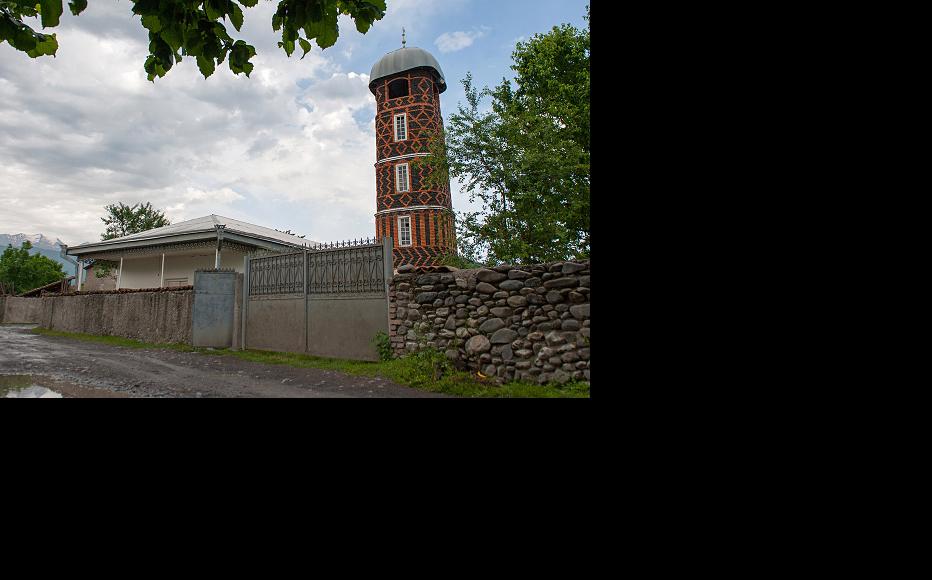 Mosque in Duisi in the Pankisi Gorge. (Photo: Onnik Krikorian) 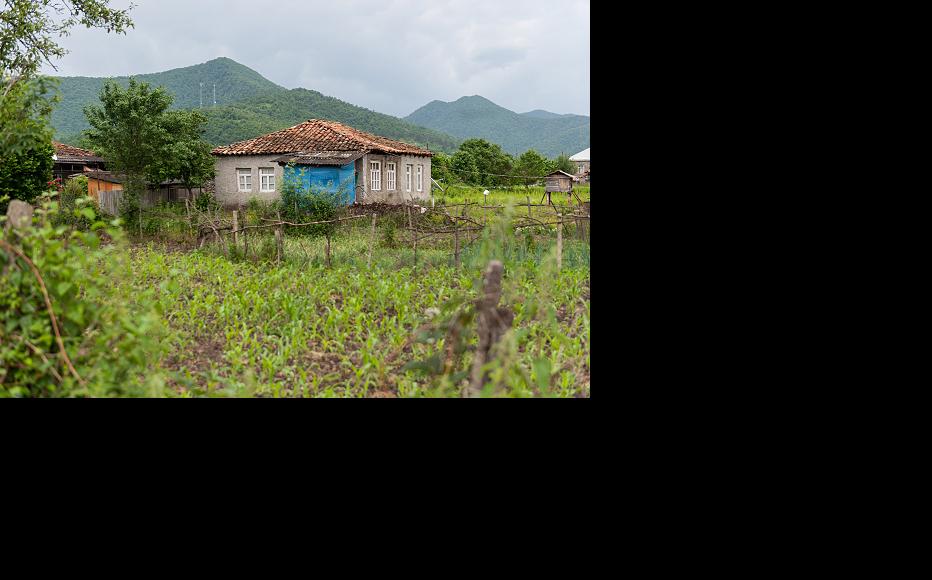 The Pankisi Gorge lies in the foothills of the Caucasus. (Photo: Onnik Krikorian) 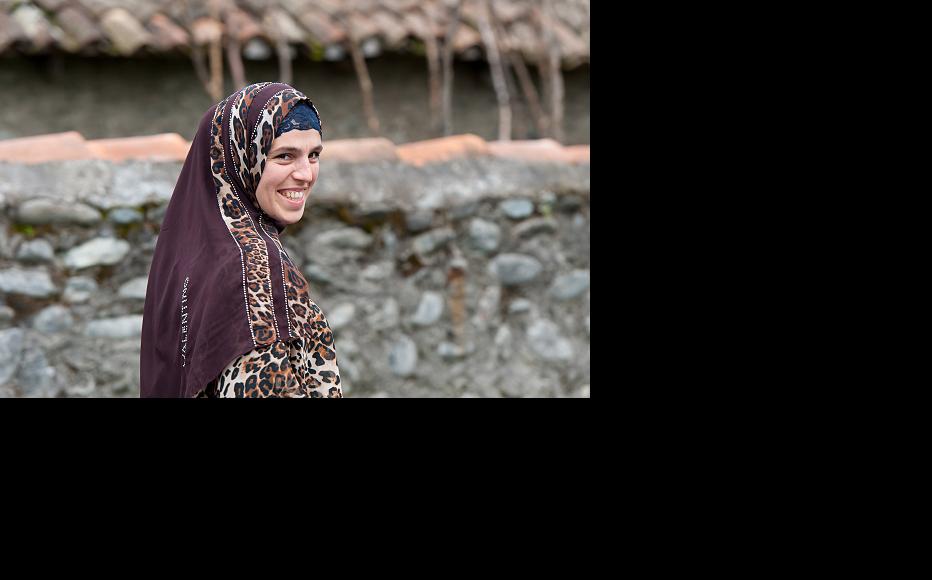 Most of Pankisi's residents belong to the Kist ethnic group. (Photo: Onnik Krikorian) 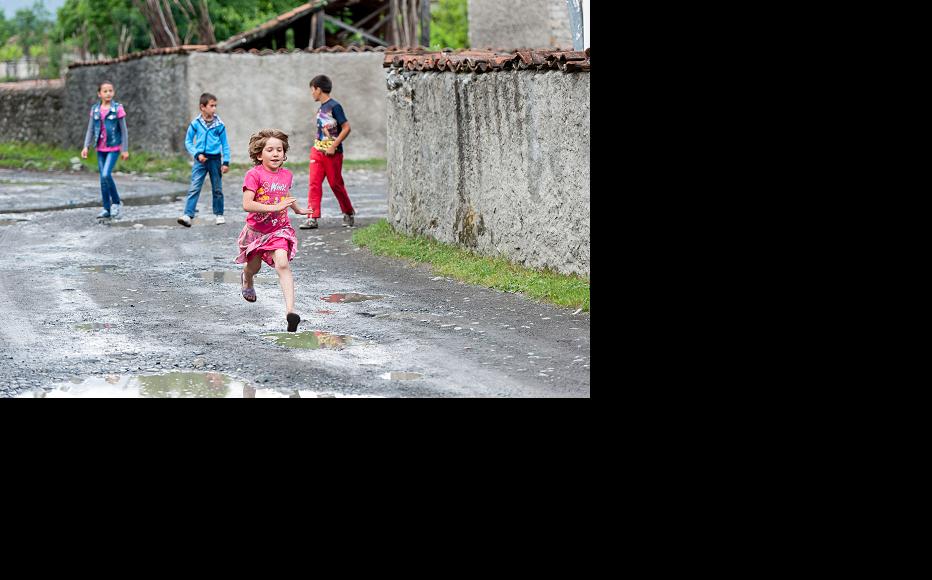 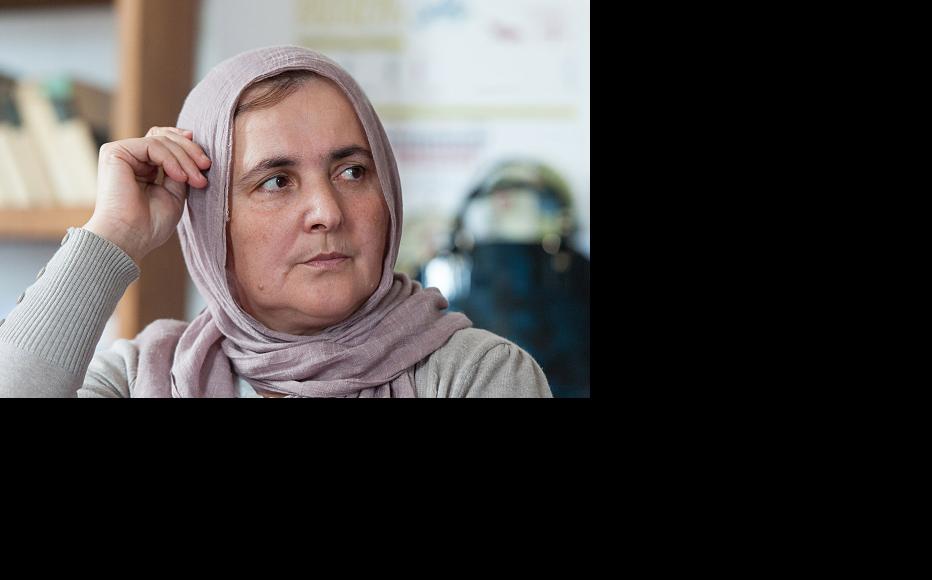 Parents worry that their children are being radicalised. (Photo: Onnik Krikorian) 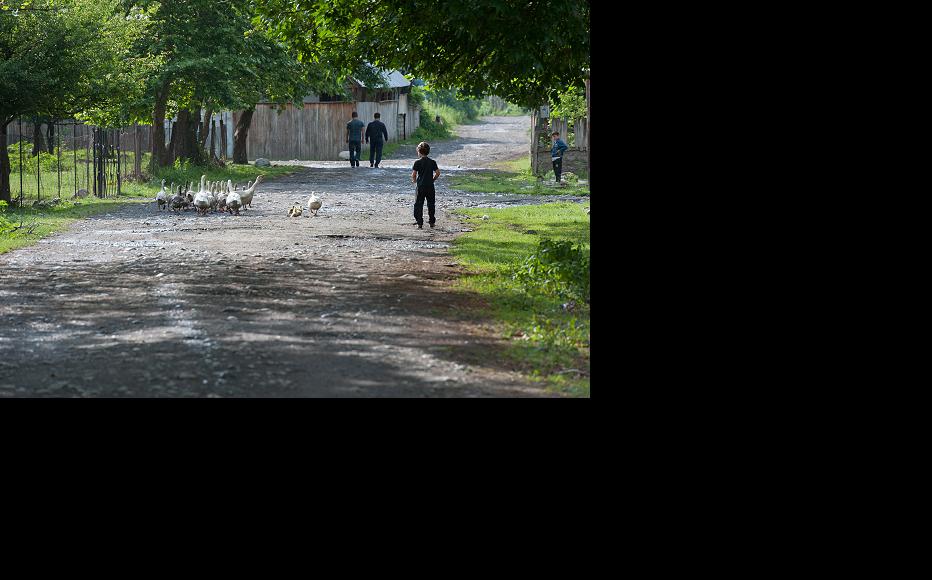 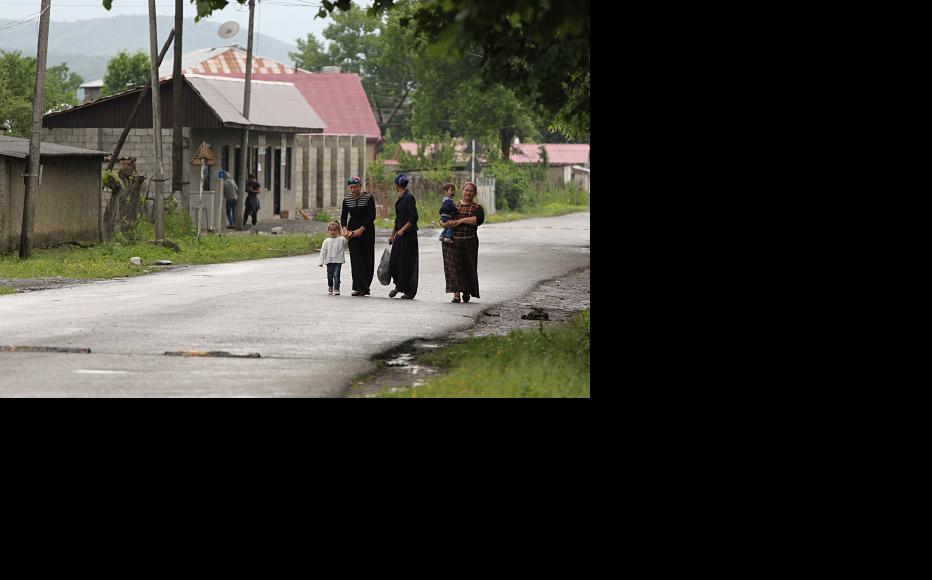 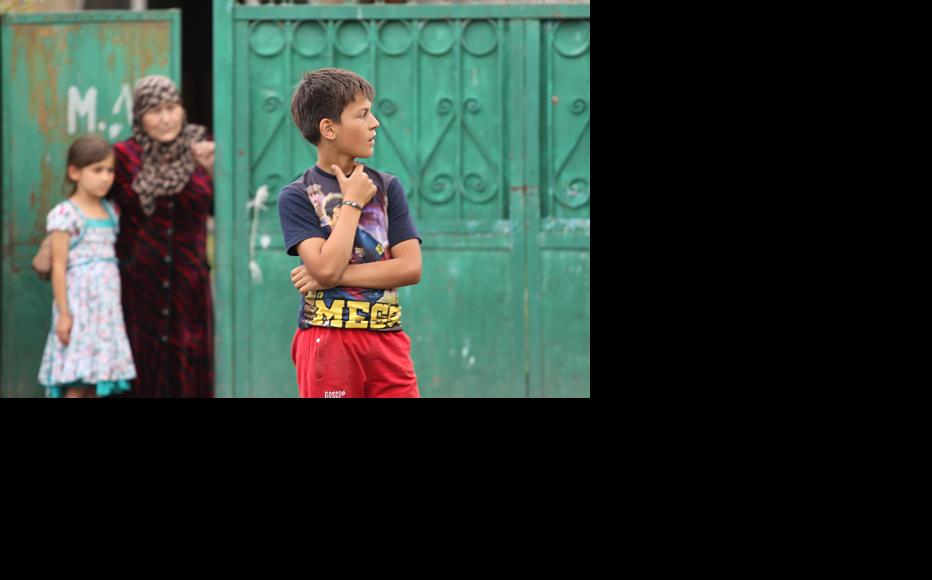 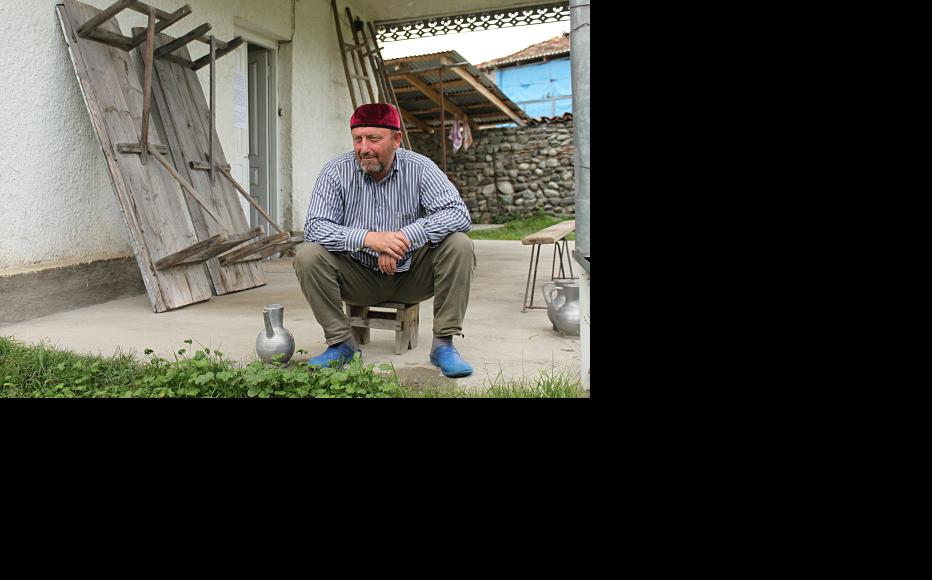 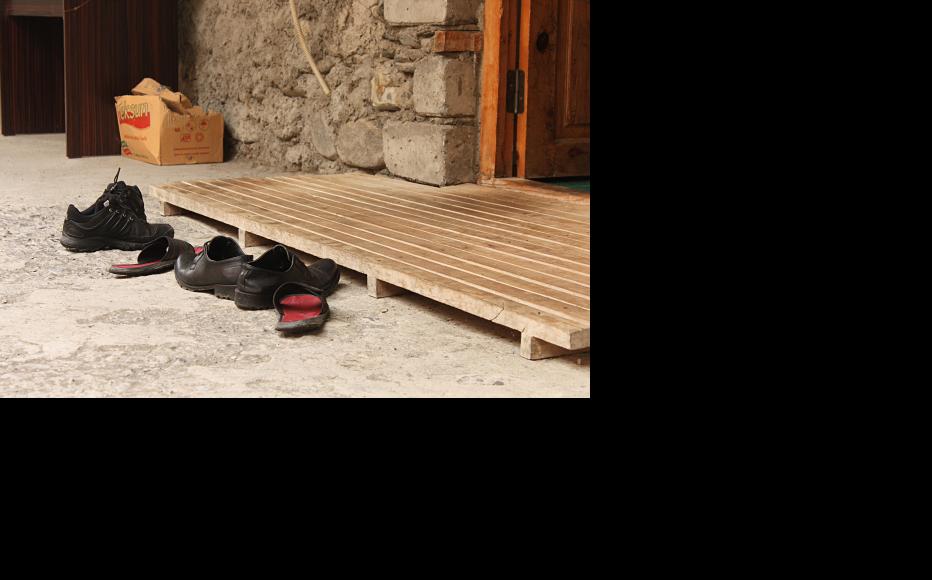 Outside a mosque in Duisi. (Photo: IWPR) 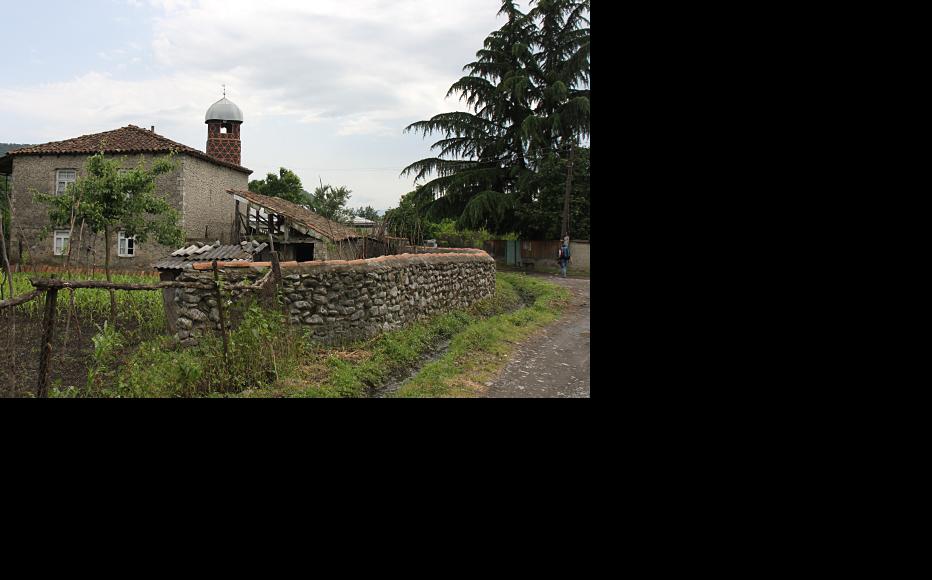 A mosque in Duisi. (Photo: IWPR)
The link has been copied

Concerns about Muslim radicalisation in Georgia’s Pankisi Gorge increased last week with the arrest of four men suspected of links to Islamic State.

Community leaders in Pankisi have been appealing to government to act ever since April, when two adolescent boys aged 16 and 18 were allowed to fly out of Tbilisi to Turkey, from where they travelled on to Syria.

Up to 200 Georgian nationals may have travelled to Syria to fight with Islamic State. Most are believed to be from the Pankisi Gorge, and 14 natives of the valley are known to have been killed in the fighting.

The Pankisi Gorge is mostly inhabited by Kists, a Muslim ethnic minority numbering somewhere over 8,000 and related to the Chechens of the North Caucasus. There are also Chechen incomers, refugees who escaped over the mountains from two wars in their own lands over the last two decades.

This month, 39-year-old Aiup Borchashvili from village of Jokolo in the Pankisi Gorge was arrested and accused of acting as a local agent for Islamic State. Three other younger men, whom police identified only by their first names, were detained in Tbilisi while preparing to leave the country, allegedly with Borchashvili’s assistance.

Some of those fleeing the conflicts in Chechnya brought Islamic fundamentalist ideas with them. This conservative strand is known here as “Wahhabism”, a loose term used to describe various forms of Sunni fundamentalist ideology.

“Of course there are people doing propaganda here,” Zarina Tsatsieva, a refugee from Chechnya and is a member of a council of female elders in Pankisi, told IWPR. “Since people are still leaving, that means someone is doing this. It’s just that no one dares say it out loud.”

Community leaders and counter-extremism experts argue that the government in Tbilisi should be doing more to deal with the threat of violent extremism.

Prime minister Irakli Garibashvili says his government takes the threat extremely seriously, and he told reporters in April that the focus on radicalisation in Pankisi had been “doubled and quadrupled”.

“The problem of volunteers travelling to Syria is a headache for the whole world, and global leaders are still unable to find a way to stop and prevent this exodus,” Garibashvili said.

On June 12, parliament adopted amendments to the Criminal Code extending the range of offences associated with illegal armed groups. For instance, the revised law makes it a criminal offence to cross the border for terrorist purposes.

Deputy interior minister Levan Izoria told parliament that the government began planning this legislative change last year, in cooperation with Western partners, although he acknowledged that the state needed to do to help young people integrate into society.

Pankisi’s most notorious son is Tarkhan Batirashvili, a high-profile Islamic State leader known as Abu Omar al-Shishani. Others from the region have also gained prominence, either with Islamic State or with other Islamist rebel factions in Syria.

Some older people in the Kist community reluctantly admit that Batirashvili and others have become and role models for the younger generation.

“They [young people] watch videos on the internet and they are in contact with people who have already left,” said one local woman who, like many here, was reluctant to give her name. “Even the girls are caught up in Syria, and they tell the lads they’ll marry them if they go and fight there. We have two senior grade girls who got married in Syria.

“To them, those who have left are heroes.”

Local observers say that only a small percentage of the “Wahhabis” in Pankisi are radicalised, but they say the number is growing because of the influence of online jihadist websites.

“In recent years, Wahhabism has become really strong in the Pankisi Gorge, mainly among young people,” said one youth worker who describes himself as a “traditional” Muslim. “Of course there hasn’t been any specific research but I would say that most of the population in the gorge is now Wahhabi. But far from all of them support Islamic State.”

The youth workers said he estimated that true radicals accounted for ten to 15 per cent of the “Wahhabis”, but he predicted that the percentage would rise unless something was done to combat the trend.

In late June, a major OSCE conference on countering incitement and terrorist recruitment will take place in Vienna. At the time this report was published, the Georgian government was not planning to attend.

Onnik James Krikorian, a British journalist and counter-terrorism consultant, told IWPR that this was unfortunate.

“The opportunity was missed for officials from the Georgian ministry of interior, ministry of justice, ministry of foreign affairs, and ministry of youth affairs to form close links with their counterparts abroad to share knowledge and experience,” he said. “And there is a need to do this. Raids like this [the recent arrests] with no real Countering Violent Extremism or CVE initiatives in place on the ground are not going to help the situation.

“It’s as much about narratives as anything else, and unless the government blocks the internet [these narratives] are going to continue to spread,” he continued. “Alleged local recruiters are actually only part of the problem. Even counter-narratives disseminated through local, credible voices could be important, and it's in this area that Pankisi and Georgia are lacking the most.”

Some politicians, journalists and NGO activists argue that social and economic problems in Pankisi contribute to radicalisation, and prescribe more jobs and better welfare provision as solutions.

Other experts, however, say it is not as simple as that.

“In Pankisi people live better than, say, in some areas of western Georgia. It isn’t about jobs or benefits. There’s extremely powerful ideological activity going on, and it’s essential to confront it,” said a long-term resident who asked for her name not to be used.

“Of course there are problems with unemployment and marginalisation, but the number one problem is the propaganda,” said Krikorian. “There’s a problem with the lack of proper religious education. If young people are not educated properly, they will be taught by those who distort the truth.”

Krikorian also sees a need for more objective media coverage, since if people in Pankisi feel marginalised, they are more likely to be lured by radical ideas.

Krikorian believes Georgia is at least in a better position to address these issues than other states in the region.

“Banning Wahhabism would be the worst thing this government could do. Civil society needs to become more active, and local organisations including local women need to be engaged,” he said. “Georgia has one advantage over some of its neighbours – it is freer and it has the potential to make anti-radicalisation measures work, if there’s the political will.”

Tinatin Jvania is a freelance journalist in Tbilisi. Giorgi Kupatadze is IWPR’s editor in Georgia.