As Manama turns the screws on opposition movement, one diaspora Bahraini says she's determined to maintain her online coverage of uprising despite death threats and slurs.

As Manama turns the screws on opposition movement, one diaspora Bahraini says she's determined to maintain her online coverage of uprising despite death threats and slurs. 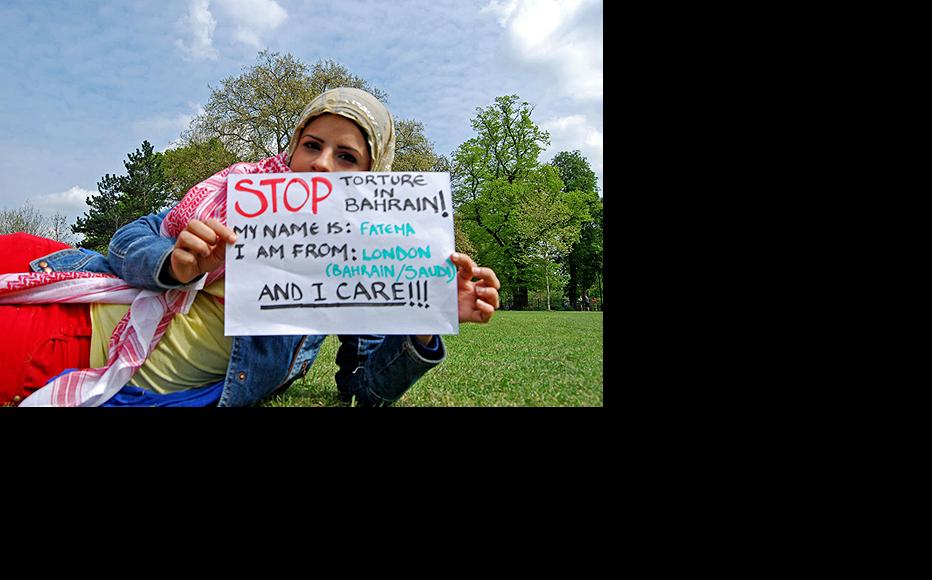 Fatema Abuidrees. (Photo: IWPR)
The link has been copied

My parents came to England from Bahrain when I was four years old. My father was imprisoned at the age of 15 for his involvement in human rights activism, but continued to be involved in politics both before and after leaving Bahrain. It was all he talked about when I was a child, so I was politically aware from a very young age and have grown up with Bahraini human rights activism.

There was always a sense that an uprising in Bahrain was inevitable, and what began in February did not come as much of a surprise to us.

There is so much inequality in the country; when I first went back to Manama, I was struck by the contrast between the plush shopping malls and beautiful main streets close by poverty-stricken neighbourhoods which have been completely neglected by the authorities.

So many Bahrainis carry with them resentment and disappointment over the corruption within the reform programme that the government began in 2002. The new constitution promised change, agreeing on new parliamentary principles and greater freedom for the people, but the reform process became corrupt and ultimately it came to be seen by Bahrainis as just another tactic of control.

The government told people they were free, yet there has been no long-lasting and substantial change. Bahrainis have lost trust in their leaders. For the most part, though, reform is not a question of the downfall of King Hamad. If people were granted civil freedoms and treated as equal citizens, the monarchy would not be a concern.

On the day of the main February 14 protests, I was amazed by the amount of activity online. There were thousands of people coming out for virtual protests on Twitter and Facebook and a fantastic sense that anything could happen - that there was going to be a revolution.

But since then, the crackdown has been terrifying. So many activists, bloggers and tweeters have completely vanished, or are to too afraid to appear online, because the authorities can track people through their IP addresses.

There has been a complete media blackout. The state has taken over all the national media - Bahraini journalists have been arrested and tortured and many Arab news channels have decided to completely overlook what is happening there.

Access to online news was completely barred at times and many websites continue to be censored. I noticed that the international press was often not covering events until two or three days after they took place, partly due to the difficulties of reporting on the ground.

At the time of the massacre on February 17 at Pearl roundabout, the authorities claimed that they had gone in to "cleanse" the area. The protesting site was completely cleared, and many campers were rushed to Salmaniya hospital. The hospital was overloaded, and there wasn't even enough blood so many people were killed or died from serious injuries.

Meanwhile, Bahraini TV was showing a cooking programme. I have never been so disappointed in my life as I have been by the response of the media.

It was so sad to see intelligent people unable to express what is going through their mind and on their streets. The revolution is still there, inside people, but it has been gagged. Even when I call family and friends back home, often they won't talk to me, or they'll tell me everything is perfect, despite the fact there have been arrests and raids on their homes.

I feel a responsibility on my part to continue what they've started because I am lucky enough to have the freedom to be here in England. I have put together an archive on a Facebook page with every single story, picture, comment or video that comes out of Bahrain, in Arabic or English, so people can post content or visit the site anonymously for updates.

Of course I have received numerous death-threats, or people calling me a "dirty Iranian", but I have the luxury of freedom here.

On Twitter and Facebook, I've been getting thousands of messages and posts from activists and ordinary people - with news, mobile uploads, or requests for information. As violence has worsened and the mobile networks have been cut off, communications between people in Bahrain about what's going on have totally broken down for long periods.

People often can't even call their families and have no idea what's happening in the next street. When the crackdown seriously escalated, I began receiving tweets saying "I am walking around seeing injured bodies", or "I can hear bullets around the corner - what's going on?"

Bahrain has never experienced bloodshed and chaos on this scale, and I feel it is my duty to help provide information to people there. At the time of the Pearl roundabout massacre, people had no way to find out which places were safe to go for treatment or blood donations, so I was constantly on the phone and online, tweeting and posting information about which exits and entrances to go to.

Everyone was desperate - people were being brutalised and doctors couldn't even get enough blood. It was horrifying to witness. I felt like I was there.

I never thought I would get to the stage where I was immune to the sight of violence and dead bodies, but from all the videos and pictures I've seen and stories I've heard since the uprising began, I feel like I have witnessed enough bloodshed for a lifetime.

I've received footage of killings, of the military shooting down protesters offering them flowers, and pictures from the morgue with the bodies of murder victims. It has made me so thick-skinned that the violence has become normalised.

Everybody is now so drained by all the violence and repression and none of us know when it is going to end. At the beginning, we were all 110 per cent dedicated to the revolution - none of us were sleeping and were pouring all our energy into the uprising.

But now people are tired, and getting information and international attention is becoming more and more of a struggle. Many Bahrainis just want to move on with their lives. Simply carrying out everyday activities like shopping has become its own form of resistance.

We feel broken and downtrodden. Now it is not even a question of meeting political demands, but just simpler aims of getting them to stop the torture and release the prisoners.

Sometimes it feels like we are fighting a losing battle. It happened in my dad's generation now history repeats itself as my own generation relives the brutality of the past. One forgets that there was even a reform initiative that was set to differentiate the past from the future.

The government's tactics present a sequel to earlier horrors. The people are now at a loss as to where the future lies.

The Arab Spring
Bahrain
Regime
Connect with us