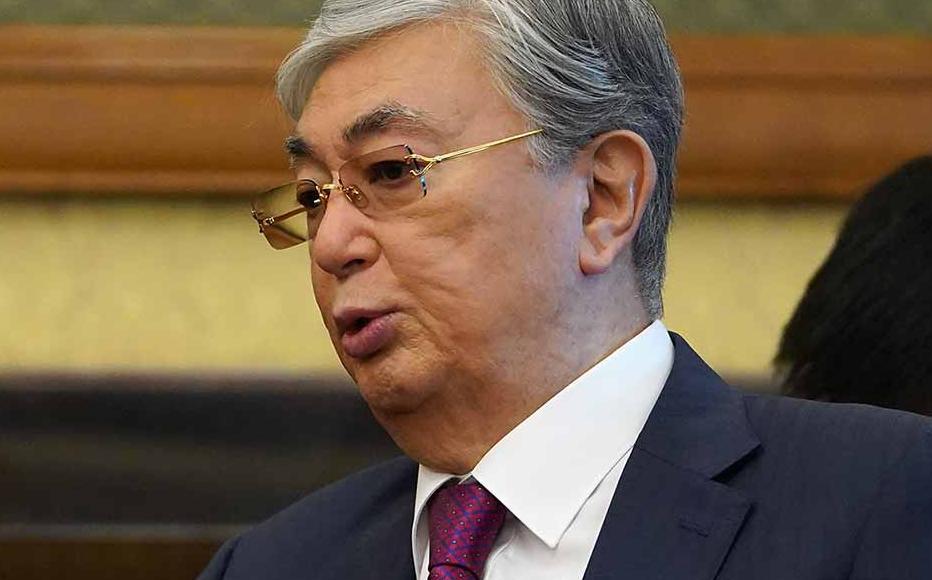 Kazakstan’s Election: No Chance for Competition

Analysts see this is as opportunity for the president to assert himself outside the shadow of the country’s first leader. 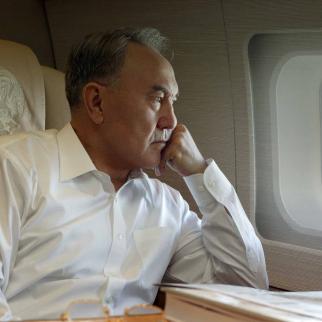 Nursultan Nazarbayev ruled Kazakstan between 1991 and 2019. Over three decades the former president and his inner circle, accused of corruption and nepotism, have built a cult of personality around him. © elbasy.kz

Since 1991, the ex-leader has become identified with the state itself, but his status is now crumbling.

The victory of incumbent Kazak president Kassym-Jomart Tokayev is all but guaranteed in snap presidential elections due on November 20, two years ahead of schedule.

Analysts see this is Tokayev’s opportunity to assert himself as leader outside the shadow of the country’s first president Nursultan Nazarbayev.

Last January, Kazakstan saw its worst violence in decades as angry citizens protested over high fuel prices and the political hold Nazarbayev still had on the country.

After quelling the unrest with the help of troops from the Russia-led Collective Security Treaty Organisation (CSTO), Tokayev launched a series of “new Kazakstan” reforms.

His election campaign builds on those promises to suppress the power of oligarchs, liberalise the economy, maintain neutrality in foreign policy and address a range of social issues.

Andrei Chebotarev, political analyst and director of the Alternativa think tank, said that Tokayev would now consolidate his position without the influence of Nazarbayev and his inner circle.

His style of leadership was clear, he continued, “Distance from the special interest groups created during Nazarbayev’s presidency, and emphasis on strengthening the policy of the state in governing and holding various transformations in politics, economy and the social sphere.”

Snap elections are nothing new for Kazakstan. Three out of the five elections held by Nazarbayev were ahead of schedule. The 2019 election, when Tokayev became the head of state, was also a snap election.

Rustam Burnashev, a professor at the Kazakstan-German University who specialises in the politics and security of Central Asia, emphasised that little had changed.

“Elections are held without transforming the political system, which is not yet prepared to offer serious alternatives to the incumbent president in terms of both personality and offered ideologies,” he said. “The 2022 election structure is no different from what we had in previous years.”

Tokayev won 70.96 per cent of votes in 2019, and with no credible alternative - the handful of candidates running against him are little-known figures with scant experience of political activity – he may win an even larger share this time.

Chebotarev said that surveys showed people did indeed have a level of trust in the current head of state. He noted research from the independent Qalam Fund that consistently placed Tokayev as the most trustworthy public figure, with this index rising from 48 to 59 per cent between June and September. Tokayev, he continued, had only been able to fully assert himself after the events of January 2022, when Nazarbayev’s influence was eliminated.

“Some voters associate domestic political stability and Kazakstan’s foreign political neutrality, which has proved essential this year [amid the war in Ukraine] with him,” Chebotarev continued. “Others expect that he will complete the reforms he had announced. But much will depend on the voter turnout.”

Tokayev’s inevitable success in the polls will only be helped by the fact that none of his rivals has any significant public presence.

Following Tokayev’s announcement of early elections on September 1, a dozen contenders submitted their documents to the Central Election Commission (CEC). Six of these were officially registered.

A vox pop survey by Khabar TV showed that most respondents did not know the names of any other contenders apart from Tokayev.

The two front runners are Zhiguli Dairabaev and Nurlan Auesbaev. The former belongs to the Auyl party and is the chair of the Association of Farmers of Kazakstan. He has never held a significant political office and his election programme is based on agrarian policy.

Little is known about Nurlan Auesbaev, the candidate of the opposition National Social Democratic Party (OSDP). An economist, he has no connection to big business or mainstream politics and emphasised the fight against corruption and oligarchy in his platform.

Another economist, Meiram Kazhyken, nominated by the trade union umbrella organisation and the initiator of the new Yntymaq party, also promises economic reforms if elected.

There are two women among candidates, both working in the public and social fields. Former civil servant Saltanat Tursynbekova is deputy chair of the National Committee for Women’s Affairs and Family and Demographic Politics and focuses on social issues in her platform.

Karakat Abden, a former deputy of the Astana maslikhat (local representative organisation) also stands for family values and was nominated by the National Alliance of Professional Social Workers.

Burnashev said that, with no real rivals to the incumbent president, “it’s very unlikely that [all] of the opponents will win the required number of votes,” he concluded.

Chebotarev said that the ground was being in effect prepared for future political machinations.

“It’s likely that Zhiguli Dairabaev and Nurlan Auesbaev will compete for second place,” he said. “By all appearances, they focus more on drawing the attention of potential voters taking into account the next year’s snap parliamentary and local elections. In other words, they work more not for their political career, but for the future electoral rating of their parties.”

He said that the absence of strong rivals for Tokayev was also the result of measures put in place by Kazakstan’s 2017 election law. One of the requirements for presidential candidates was a civil service record or having held elective public office for at least five years.

“So a serious obstacle was put up at the moment of the power transition from Nursultan Nazarbayev to Kassym-Jomart Tokayev in March 2019, so as to hamper the possible nomination of representatives of the business elite for presidency. The same happens today.”

According to recent constitutional amendments, the winning candidate will be head of state for a seven-year term. Burnashev noted that future political competition or transition was far from guaranteed.

“If we really transform the political environment and how parties are formed, then we can say that the idea of turnover of presidents will work,” he continued. “Otherwise, we will have the format of the so-called collective presidency; when a person changes, but the situation does not change. The example is Russia, when [Dmitry] Medvedev replaced [Vladimir] Putin."