Kazakstan: The Pain of Polygamy

Men see taking extra and unofficial ‘wives’ as a sign of social prestige.

Kazakstan: The Pain of Polygamy

Men see taking extra and unofficial ‘wives’ as a sign of social prestige. 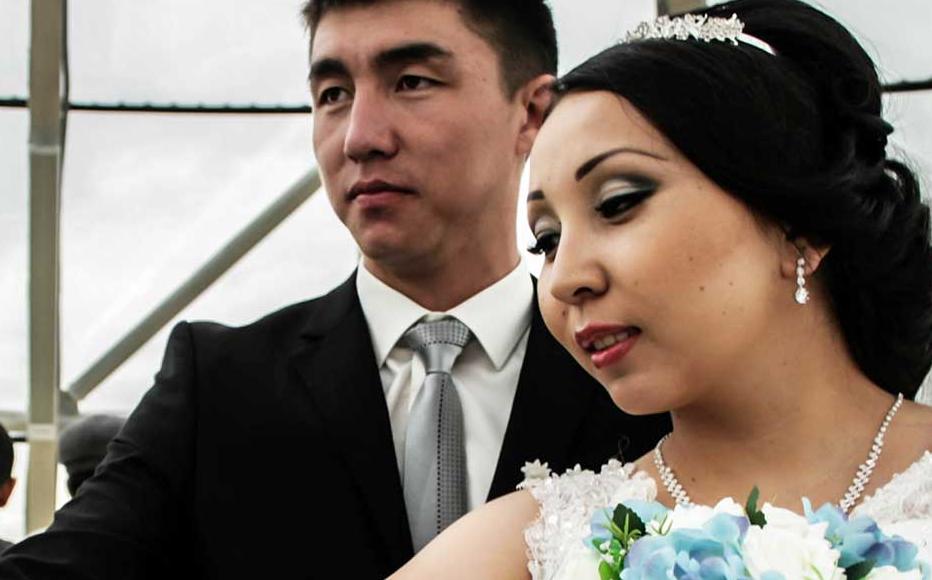 A Kazak bride and groom celebrate in Astana. © Neyran Elden/Flickr
The link has been copied

Sholpan, 54, (not her real name) has known for the last six years that her husband has someone else in his life.

This woman is not just a mistress; she has the status of a tokal, or unofficial wife.

Sholpans’s hopes that the relationship would fizzle out have come to nothing. The tokal, who is just a few years older than their daughter, now frequently replaces her at social and business events.

“It’s degrading to hear other people say they saw my husband at a restaurant [with the tokal]. It’s appalling, they don’t hide and we all live in the same city,” she said.

“I could have ended [my marriage] but I don’t want my child, our friends and relatives to know that I chose to give in,” Sholpan said. “My daughter said she just wanted to leave the country after she graduates.”

Although polygamy is prohibited by law in Kazakstan, the custom of taking an extra wife remains widespread.

“Almost each Kazakstani has either experienced it herself as a tokal or as a first wife or has relatives that did,” said Kazak-American film director Gaukhar Noortas, who recently made a film on the subject.

Tokal or My Husband’s Wife, tells the story of a well-off family in which the main character Kairat, played by Yerik Zholzhaksynov, takes a second wife.

Although in the film it’s Kairat’s character who loses both wives as well as his business, in real life it is usually the women involved who pay the price.

Psychologist Natalya Imtossimi said she had counselled both baybishe - the Kazak term for official wives - and tokals.

She said that the women involved faced “intolerable pain, disappointment, loss of meaning of life and continual competition”.

“The women constantly check each other on social media, compare the gifts they receive and the trips they’re taken on and end up suffering,” Imtossimi said, adding that women sometimes attempted suicide in despair.

Such complex relationships often resulted in trauma for the family’s children, she continued.

“Based on my experience, children brought up in such marriages are often not at all keen to have their own a family because they are too scared to enter relations they consider traumatic,” she said.

“Kids are often told not to tell anyone how things are at home. They are forced to keep [their feelings] secret. In the end, they might take their anger out on someone else or suffer from neurosis,” the psychologist said.

“In cases of polygamy, it's not clear whether one's father has left for good or not, whom he values more, and how long it’s going to last. There is no ending to this situation. It's more difficult to live with that than if the parents were divorced,” Imtossimi concluded.

Lawmaker Irina Unzhakova, a member of the national state committee on women’s rights, family and demographic policy, said there were no government statistics on polygamy.

“Having a tokal is a way of proving one’s prestige among the elite,” she said, adding, “Polygamy is spread only among high earning men that are capable of supporting several families.”

Noortas said that based on her own research, the phenomenon was more widespread, including in the regions. Nonetheless, she noted that a first wife had a lot to lose if she sought a divorce, not least because of low rates of alimony. In 2014, the average payment was 27,160 tenge or 84 US dollars a month.

In Kazakstan’s patriarchal culture, it’s men who mostly own such assets, and it is left to their discretion as to whether or not to share them with an ex-wife.

“Imagine the situation: an official wife in Kazakstan discovers that her husband has been unfaithful and she wants a divorce,” she said. “But there is something that stops her: as soon as she gets a divorce, she loses everything – her social status and the property [commonly only registered in the man’s name]. So it's not the one who cheated but the one who was cheated on who faces a double burden.”

Supreme court judge Elena Maksyuta told IWPR that it was rare for women to successfully sue for support and the division of property.

“On average, there are not more than ten cases a year in each Kazak region,” she said.

Unofficial wives have even less protection.

“There is no such definition as a tokal in Kazak law,” said lawyer Svetlana Romanovskaya, who chairs the National Board of Mediators of Kazakstan.

She said that mediation often helped to calm tensions and  “find a common language between all members of a family,” with the issues of property and child support the most common stumbling blocks.

“As a result [of consultation], the parties sign a mediation agreement which helps to set priorities and finalise details,” Romanovskaya continued.

Beyond that, a tokal can expect little recourse to the law. Maksyuta said that an unofficial wife could at best claim payments to support the delivery of a child, if a court was able to prove paternity.

“A woman [in an unregistered marriage] is not by law entitled to anything else,” Maksyuta said.

Children, however, are entitled to maintenance regardless of their status as long as a court also certifies their paternity.

Noortas said that this was a sad reflection of the way in which Kazak women saw themselves. Women became tokals simply so they could be supported financially and materially.

“There are no other motivations beyond that. If women were more self-reliant, things could have been different," she said.

"Society itself should openly condemn such cases until these people realise it’s not ok to act like that towards women. This movie was shot for this reason. It’s an attempt to take this issue from being talked about around the kitchen table and put it on the public agenda."

Kazakstan
Life, Women
Connect with us