Experts say that both PCR tests and vaccine certificates can be easily forged at home or bought online. 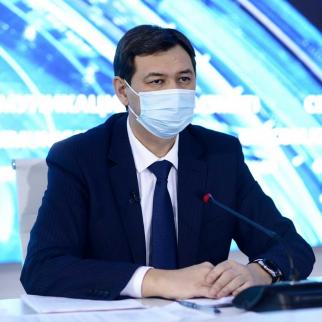 Authorities will have to overcome anti-vaccine sentiment to implement digitised schemes.

Experts say that both PCR tests and vaccine certificates can be easily forged at home or bought online.

Officials in Kazakstan are worried about a growing industry producing fake Covid-19 vaccination certificates, now needed to access a wide range of services.

Kazakstan, which has had over 500,000 confirmed cases of coronavirus since the pandemic began, started its vaccination roll-out in February for medical workers, teachers and law enforcement officers, with the programme extended to other citizens in April.

“All workers who are involved in the service industry must get vaccinated,” vice prime minister Yeraly Tugzhanov told reporters at June 23 briefing. “We have so many people visiting markets, shopping malls. Therefore, we reached the decision to make vaccination compulsory.”

In mid-July, chief public health physician Yerlan Kiyasov announced that all workers in the service industry must ensure they have their first vaccine by August 10, with their second jab by September 1. The only exclusions allowed were for people who have permanent medical contraindications or who had had coronavirus in the last three months. Employers would be held liable for any infractions.

An app called Ashyk, introduced in January, shows an individual’s Covid-19 status and is used to access public places. However, it is not difficult to obtain a false PCR test and vaccination certificate.

Aizhan (not her real name) said she had easily managed to buy a vaccination certificate for 25,000 tenge (60 US dollars).

“I am not against vaccination, I just have Quincke's disease [a chronic inflammation of the uvula], therefore I can’t be vaccinated,” she said. “My boss does not understand that, so I had to buy a certificate.

“I found an advertisement on a Telegram channel. At first, I was anxious, but now I have a green status on Ashyk. Many of my relatives and friends have also purchased such certificates,” she said.

Others order a vaccination certificate from Russia for 12,000 tenge (28 dollars) to be sent by post. This can simply be validated by presenting it at a local policlinic.

IT specialist Maksat Nasyrov said that the Kazakstan vaccination certificate was extremely easy to forge.

“There are many omissions in the vaccination certificate,” he explained. “Even a school child can falsify it. There is nothing difficult in it. For example, other countries have special QR codes or stamps. The authorities have rushed to issue such certificates. As a result, almost all citizens can print out the certificate at home.”

PCR test results are also easy to fake. After taking a number of PCR tests on the same day, all of which proved inclusive, Nur-Sultan resident Alibek (not his real name) said he decided that they were meaningless and began to print out counterfeit certificates for friends and family.

“After this experiment, I forge coronavirus-free certificates myself. There’s nothing difficult in it as there’s a special app. Every time my family travels abroad, I make such certificates for them. Now my friends ask me to issue certificates to them. We don’t believe PCR tests [are accurate] but I won’t falsify the vaccine certificate,” he said.

The demand for fake documents has also been fuelled by vaccine scepticism in Kazakstan, as well as disinformation about the jab delivering a microchip that allows each individual to be tracked by satellite. There have been protests in a number of cities by workers who complained that they were forced to resign because their employers insisted they be vaccinated.

It is a criminal offence to manufacture false documents in Kazakhstan, liable to be punished with up to four years in prison. Using such documents carries a penalty of up to 40 days imprisonment.

So far, the state has initiated 65 criminal cases over false vaccination certificates and PCR tests. In one case, an Almaty-based travel company was found to be facilitating the mass issue of fake certificates to pilgrims going to Saudi Arabia.

In addition, checks are being carried out at health centres and vaccination clinics to ensure compliance, with a number of arrests involving medical workers.

Shugyly Turlybek, spokesman for the ministry of interior affairs, said that his department had created monitoring groups to identify those forging and supplying false Covid-19 documents. A team was responding to advertisements offering fake certificates to track down the swindlers, with 46 investigations opened so far.

He said that some of the forgers appeared to have a global reach, selling medical certificates and vaccination certificates in Russia, Ukraine, India and the US.

Some are demanding harsher action on those involved in the trade.

“I think that people who buy and sell certificates are like public enemies,” said Dariya Toktabekova, who lives in the Almaty region. “For example, I have two little children who attend kindergarten. What if their teacher buys a false certificate, gets ill with coronavirus and infects my children? We have mutated strains now, even children get ill. I’m afraid to let my children go to kindergarten.”

Lawmakers have suggested increasing the punishment for those who falsify certificates, including a lifetime ban on medical workers who get involved in the trade.

“These people do harm to other people and discredit vaccines,” said parliamentarian Gennady Shipovskih. “We must not allow medical workers who sold false certificates to continue to work as such. Other countries have more severe punishments for similar offence. If we continue like this, we’ll never end the pandemic.”