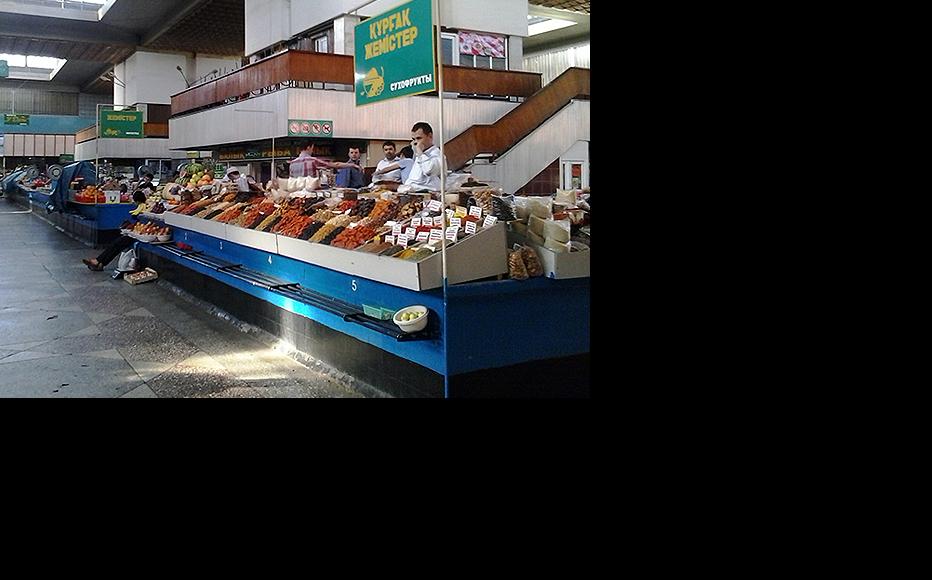 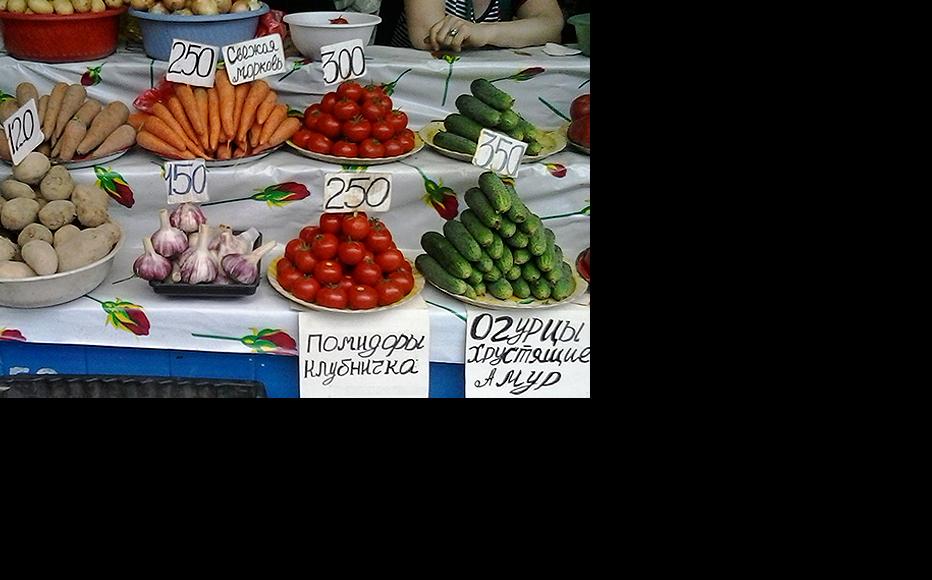 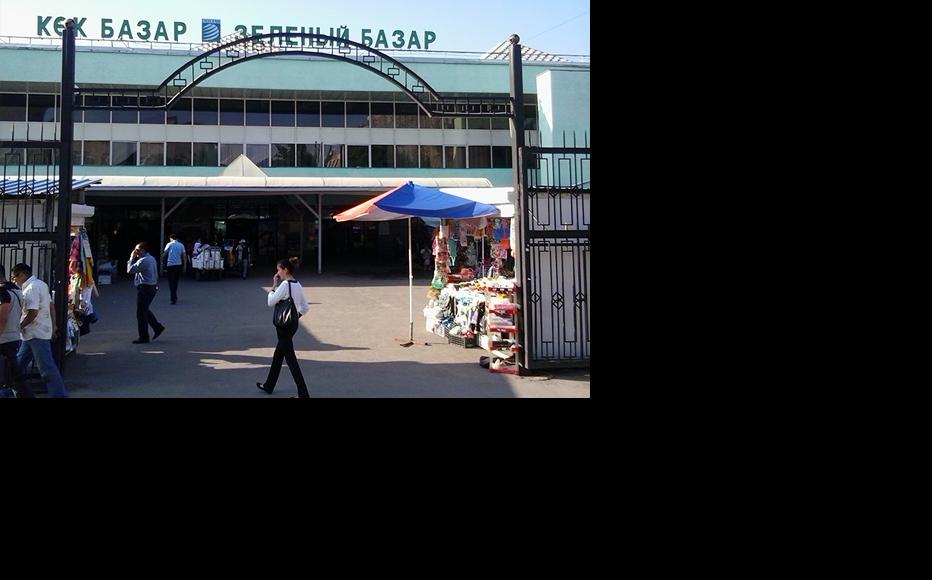 The entrance to Green Bazaar, the oldest retail market in Almaty. (Photo: Gaziza Baituova)
The link has been copied

When Kyrgyzstan entered the Eurasian Economic Union (EEU) last August, it was supposed to usher in a new era of economic cooperation.

Membership of the bloc, which includes Russia, Belarus, Armenia and Kazakstan, brings free movement of goods, services and labour, largely without taxation and customs duties.

But Kyrgyzstan’s integration has not been straightforward, particularly when it comes to trade relations with Kazakstan, the only member state with which it shares a border.

Kyrgyzstan has complained that customs inspections have continued and that traders face harassment and extortion when doing business in Kazakstan, long its leading trade partner.

“Once they find salesmen from the Kyrgyz Republic at the market, they check them and withdraw their trade license,” said the man, who asked to remain anonymous.

He added that the Kyrygz traders were then subject to large fines and even blackmail.

“I have myself many times witnessed local officials extorting money from Kyrgyz salesmen,” he said.

Kyrgyzstan had hoped to solve a number of trade issues by entering the union, created as the successor to the Eurasian Customs Union in August 1, 2015.

But no significant changes have been noted in mutual sales turnover.

A recent clash over potato imports has highlighted the tenuous nature of some EEU protocols, as well as the apparent lack of satisfactory mechanisms to deal with disputes.

The end of phytosanitary controls on Kyrgz exports was supposed to be one of the benefits of EEU membership. On November 18, 2015 these checks were formally suspended for a two-year period.

However, Kazakstan continued to monitor Kyrgyz agricultural products and in May 2016, the agriculture ministry announced it had found parasitic worms in potato imports.

“Cases of imported potato from Kyrgyzstan infected with potato root nematode have risen,” the ministry said in a statement. “Seventy-nine cases have been discovered since January. More than a thousand tonnes of infected production was returned to Kyrgyzstan.”

Outraged, Kyrgyz officials claimed the move was akin to launching a trade war and was a clear attempt by Kazakstan to eliminate their rivals from the market.

The dispute was only resolved after Kyrgyz president Almazbek Atambaev's visited Astana for talks with Kazak president Nursultan Nazarbaev under the umbrella of the Eurasian Economic Union Council.

Experts warn, however, that similar disputes are likely to arise in the future.

Almaty-based political analyst Zamir Karazhanov said that the EEU lacked the mediation structures to overcome such issues. This meant that trade disputes such as the potato ban could only be solved at the level of head of state.

“Import curbs on Kyrgyz agricultural production will remain… until there is an effective mechanism to solve such situations within the EEU,” Karazhanov said, adding, “States need to be obliged to comply with the common rules rather than change rules of the game on an ad hoc basis.”

The prospects of improved cooperation with Kazakstan were not good, he added. Kazakstan’s economy has been suffering from the fall in oil prices and the devaluation of its own national currency.

It used to be Central Asia’s most developed economy, with an annual growth of five or six per cent during the 2000s.

Prior to the major fall of global oil prices in 2014, this sector made up between 20 and 30 per cent of Kazak GDP.

Oil also accounted for 60 per cent of Kazak exports and more than half the state’s fiscal revenues.

Karazhanov noted that EEU member states faced a number of unresolved trade issues that would recur and even intensify during such periods of crisis.

He explained that Kazakstan’s currency devaluation was an attempt to save its economy and give its businesses a boost over foreign competitors.

Although large corporations benefited from the devalued tenge, local entrepreneurs and farmers involved in foreign trade found it punishing.

Karazhanov said that a combination of circumstances had made this untenable.

“Kazakstan experienced negative [economic] statistics during its membership of the Customs Union [prior to 2015]. Its exports had already been dropping,” Karazhanov said.

“But this was compensated for by high oil prices in the global market. It allowed Astana to put a brave face on the matter, to balance its budget and keep [GDP] growth at 5 per cent. After the drop in oil prices, Kazakstan lost its advantages. Its economy resembles a colossus with feet of clay.”

Denis Krivosheev, an Almaty-based economist, told IWPR that cold economic interests would take priority over written agreements, at least in the short run.

“Eurasian Economic Union members share a common trade market [but] in fact, countries act according to their own interests,” he told IWPR.

He too was also pessimistic that these particular neighbours could easily resolve trade disputes, adding, “Kyrgyzstan is destined to face permanent difficulties supplying its products to Kazakstan.”

Kazakstan, Kyrgyzstan
Economy
Connect with us