Defendant to summarise his case nearly five years after proceedings began at the Hague tribunal.

Defendant to summarise his case nearly five years after proceedings began at the Hague tribunal. 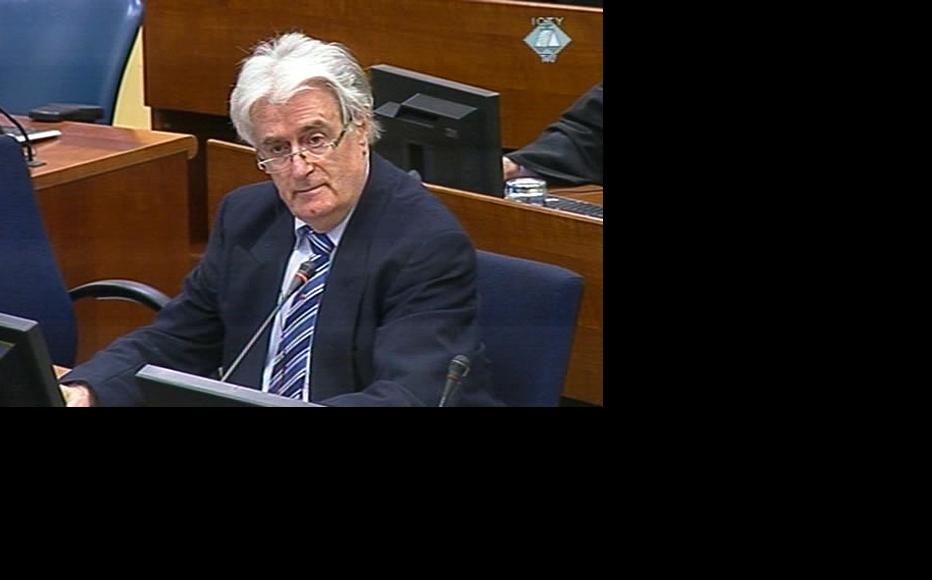 Wartime Bosnian Serb president Radovan Karadzic has asked for 17 hours to present the closing arguments in his long-running trial.

He noted in the March 28 motion that “this is equivalent to the amount of time he has remaining for the presentation of his defence case”.

Both Karadzic and the prosecution will present their closing remarks on September 29, nearly five years after proceedings officially opened at the Hague tribunal.

Prosecutors allege that Karadzic, the president of Bosnia's self-declared Republika Srpska from 1992 to 1996, is responsible for crimes of genocide, persecution, extermination, murder and forcible transfer which "contributed to achieving the objective of the permanent removal of Bosnian Muslims and Bosnian Croats from Bosnian Serb-claimed territory”.

Karadzic was arrested in Belgrade in July 2008 after 13 years on the run. He represents himself in the courtroom.