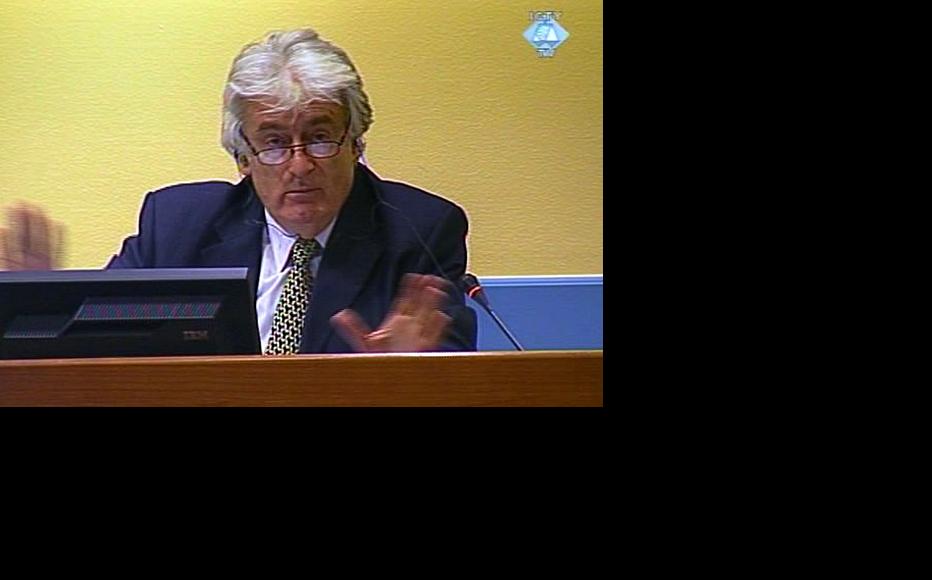 Judges at the Hague tribunal have rejected a request from prosecutors to reopen their case in light of a recently-discovered mass grave in Bosnia.

The grave site, located in Tomasica, in the northwestern municipality of Prijedor, was uncovered last September by the Bosnian authorities.

According to the International Committee on Missing Persons (ICMP), 401 sets of human remains have been found in the grave, of which 276 were mostly complete bodies. The investigation is ongoing.

Karadzic is charged with a number of killings in the Prijedor area after it was captured by Bosnian Serb forces in May 1992. He is also charged with responsibility for the murder and severe mistreatment of Bosnian Muslim and Croat prisoners in the Omarska, Keraterm, and Trnopolje detention camps in Prijedor.

Although the trial is nearly over, and the prosecution officially rested its case in May 2012, it argued in a March 4 filing that evidence relating to the Tomasica grave was “highly probative [liable to furnish proof] and directly relevant to the charged joint criminal enterprise for murder, extermination and persecution through killings committed in the context of the permanent removal of non-Serbs from Bosnian Serb claimed territory”.

The evidence now available would take only one day to present, the lawyers said. Other evidence expected to be available in April consists of testimony from two forensic scientists and a forensic pathologist at the ICMP, who will present their conclusions on the identification and cause of death of persons found in the grave.

The prosecution contended that since this evidence was not available until well after it concluded its case, admitting it would be in the interests of justice, as its “value outweighs any prejudice that its admission at this stage might cause the accused”.

Karadzic argued that the request should be denied because “the nature and scope of the link between the bodies found in the Tomasica mine and the criminal responsibility of Dr Karadzic remain uncertain at this time”.

In their March 20 decision, the judges concluded that while the prosecution possessed some information about the existence of a mass grave in the Tomasica area during its case-in-chief, “previous discovery efforts were largely thwarted by factors out of its control” including waste dumping at the site. For this reason, the chamber concluded that the evidence is “fresh” and was not obtainable during its case-in-chief.

However, they found that “any probative value attributed to the entirety of the proposed evidence by the prosecution is speculative at best”.

The bench also noted that while the prosecution said it expected to be in possession of all relevant evidence by early April, it has not provided “any evidence to support this assertion”.

“The chamber is therefore of the view that granting the re-opening motion is not in the interests of justice given the very late stage of the trial, the delay it would cause to the overall completion of the proceedings, and the speculative probative value of the proposed evidence,” the decision states.