Fears of infection have been overruled by political concerns.

Fears of infection have been overruled by political concerns. 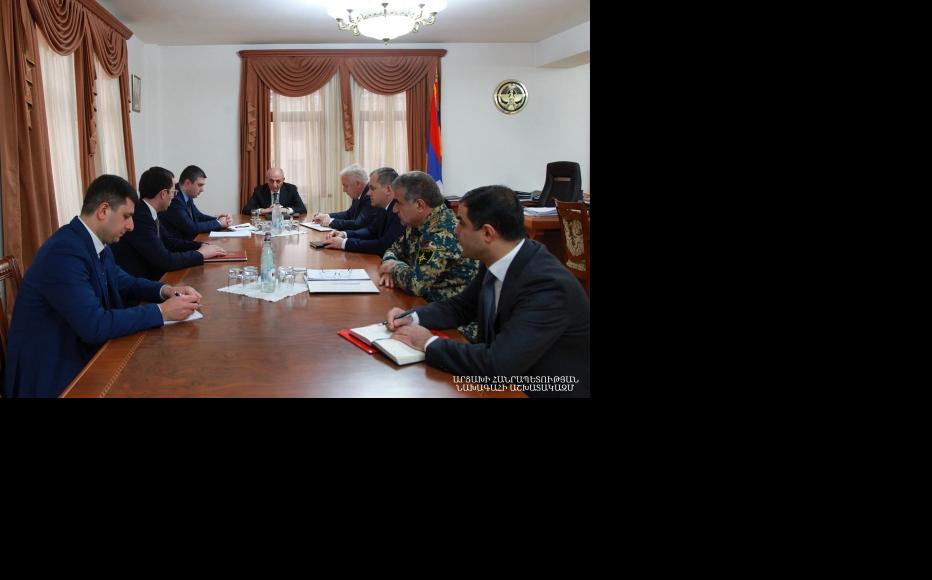 The breakaway republic of Nagorny Karabakh is voting in its second round of presidential elections, despite warnings of the potential dangers of public gatherings amidst the coronavirus pandemic.

While elections on March 31 led to the formation of a new parliament, none of the presidential candidates received more than 50 per cent of the votes.

The Central Election Commission (CEC) subsequently approved a presidential run-off on April 14, despite the coronavirus outbreak. On April 7, the first case of infection was reported in Karabakh.

In the first round, according to the CEC, former Karabakh prime minister Araik Harutyunyan received just over 49 per cent of the votes, falling short only a few hundred votes to be elected as president. His Free Homeland Party also failed to secure a parliamentary majority.

Harutyunyan is running against Masis Mayilyan, the current foreign minister who received more than 26 per cent of the votes in the first round. On April 5 Mayilyan called for citizens to boycott the elections due to the dangers of the pandemic, while not withdrawing his own candidacy.

International organisations and local civil society groups had insisted that the election be delayed due to the pandemic.

But Harutyunyan, an ally of incumbent president Bako Sahakyan, argued that postponing the presidential elections, given the current alignment of forces in parliament, could be potentially disastrous.

“We could find ourselves on the verge of a constitutional crisis,” he said. “This is the worst that could happen to us now in light of economic problems caused by the coronavirus pandemic and military threats.

“We need consolidation, not a political crisis, especially since we are going to face an economic disaster due to a negative balance of payments worth two billion US dollars. The imports of Armenia and Artsakh [the Armenian name for Karabakh] currently exceeds exports by two billion dollars. This gap was traditionally covered by the transfer of seasonal migrants from abroad and money from tourism, none of which exist now.”

War in the early 1990s left a local Armenian administration in control of Nagorny Karabakh, a territory of about 150,000 people, as well as several adjoining districts of Azerbaiijan. The fragile ceasefire signed in 1994 has been frequently breached by bouts of shooting across the “line of control” surrounding the Karabakh zone and across the Azerbaijani-Armenian state border.

Armenian prime minister Nikol Pashinyan has dismissed claims by some local activists that the March 31 elections were not free and fair.

“The results of the first round of national elections in Artsakh revealed the real balance of political forces in the republic,” Pashinyan said during a Facebook live session on April 6, adding that any violations had been insignificant and were unlikely to affect the results.

Arsen Kharatyan, a former advisor on foreign policy issues to Pashinyan, explained that feelings had been running high.

“In Stepanakert, the capital of Karabakh, supporters of opposition forces which were not elected to the parliament, started protesting on April 6,” he said. “These are the forces which have demanded revolutionary changes in Artsakh for more than two years already - after the Velvet Revolution took place in Armenia. Now, they are demanding the annulment of the March 31 parliamentary and presidential elections results and are pointing fingers at Yerevan, saying that the fair elections promised by Prime Minister Pashinyan did not take place.”

Politically, a postponement would have meant that Sahakyan would remain in power for an indefinite period of time, although though with a new parliament that for the first time includes members of opposition parties. The 33-member parliament includes the United Motherland Party, led by former defence minister Samvel Babayan and the Justice Party led by former security council secretary Vitaly Balasanyan.

“The future of the Karabakh government is currently very uncertain, with Artsakh facing a political crisis for the first time,” agreed Alexander Iskandaryan, director of the Caucasus Institute.

“It is obvious that there were some problems between the authorities of Armenia and Karabakh, namely, some disagreements between Prime Minister Nikol Pashinyan and the president of Artsakh, Bako Sahakyan,” he said. “Pashinyan would prefer to see another person in this post, considering the various factors of domestic politics. Among them, one can recall that following the arrest of the former [Armenian] president Robert Kocharian last year, Bako Sahakyan was the one who vouched for his release.”

The political developments coincided with the fourth anniversary of the 2016 April War, in which the Karabakh forces, backed by Armenia, clashed with the Azerbaijani army.

Tevan Poghosyan, a military expert and adviser to the president of Armenia, argued that delaying the run-off might have been more dangerous than risking a spike in coronavirus infections.

“The political structure is changing in Artsakh, and the price for halting the process of power transfer can be higher than any epidemic,” he said. “The precarious political situation in Karabakh, which is in a war with Azerbaijan, will negatively affect it in terms of its defensive abilities.”

“If in Azerbaijan the situation because of coronavirus deteriorates so much that its authorities decide to start military operations in order to replace the social and economic front within the country, what to do with the current shaky system of governance in Karabakh?”

But Iskandaryan said that the context of such a vote taking place amidst the coronavirus crisis could have long-lasting consequences.

“The transfer of power in countries where the political system has been relatively closed for many years is problematic,” he continued. “The coming to power of Araik Harutuyunyan in the circumstances when his political rival Masis Mayilyan actually refused to participate in the second round can greatly weaken his legitimacy.”

Coronavirus Pandemic, Giving Voice, Driving Change - from the Borderland to the Steppes
Karabakh
Coronavirus, Elections
Connect with us