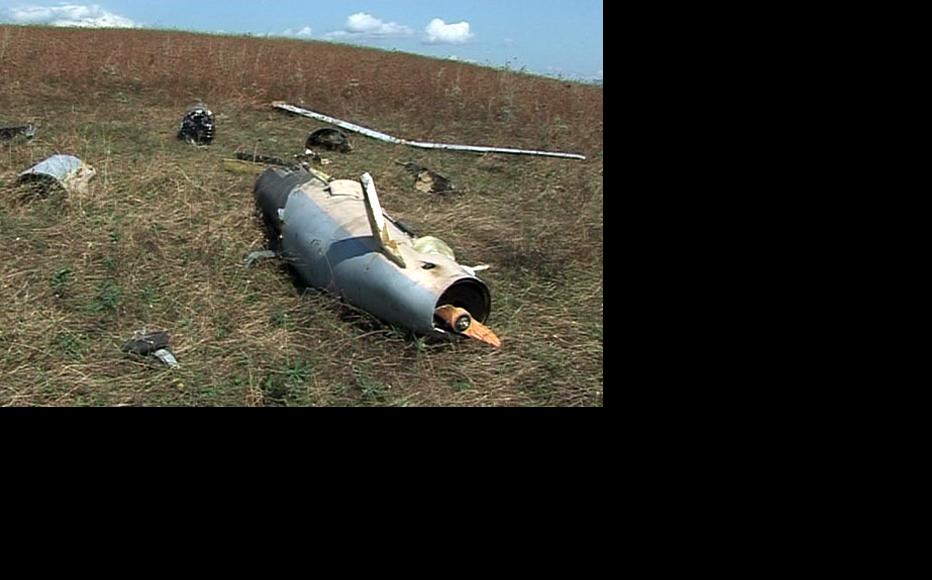 Wreckage of the pilotless drone plane brought down in Karabakh. (Photo: Nagorny Karabakh armed forces)
The link has been copied

Officials in Nagorny Karabakh are delighted with the shooting down of a pilotless plane, saying it shows their military could fend off any potential attack from Azerbaijan.

Some analysts in Armenia, however, are concerned that the use of aerial drones shows that Azerbaijan is upgrading its defence systems and is not afraid to use them.

In Azerbaijan itself, defence minister spokesman Eldar Sabiroglu denied that the pilotless craft belonged to his country.

In both Karabakh – which claimed independence from Azerbaijan when the Soviet Union collapsed – and in Armenia, there was no doubt that the drone that came down near the village of Vazgenashen on September 12 was Azerbaijani. The plane was hit about ten kilometres inside the “line of control” which separates Karabakh and Azerbaijani forces.

Davit Babayan, spokesman for president of Karabakh, underscored the significance of downing the drone.

“If our army was somewhat weaker, than our enemy would have attacked and launched widespread operations long ago,” he said.

“Because our anti-aircraft defences are very strong, we have always been able to fix the location of any object and destroy it if necessary,” he said.

Warfare between Armenian forces in Karabakh and the Azerbaijani military ended with a ceasefire in 1994, leaving the Armenians in full control of the territory and adjoining areas, and hundreds of thousands of civilians displaced. A final peace deal has proved elusive since the sides cannot agree on possible terms. Although the ceasefire has largely held, there are frequent minor clashes along the “line of control”.

Officials in Karabakh refused to give details of how the drone was brought down, or how many others have been knocked out of the sky in the past.

Video footage released by the Karabakh military showed wreckage from the drone scattered on the ground. The lack of obvious identification marks led to some speculation in the Turkish media, in particular, that the craft was not Azerbaijani.

Mehman Aliyev, editor-in-chief of the Turan news agency in Azerbaijan, questioned why defence officials in Baku could not just admit they had lost an aircraft. The suggestion that it might belong to another state was more troubling, he said, as that would imply that “unidentified craft are flying along the front line, and that our air defences and armed forces are doing a poor job”.

Aliyev discounted rumours that the drone had been sent from a third country, explaining that “because of its operating radius, the possibility of it belonging to Turkey or Russia is approximately zero”.

Azerbaijan’s oil wealth has paid for a massive increase in defence spending, with the armed forces budget now at 3.3 billion US dollars a year. According to Doktrina, an investigative journalism centre, much of the increased spend has gone on new weapons systems, including drone planes. Doktrina’s research indicated that Azerbaijan now has 30 pilotless aircraft, compared with Armenia’s six.

A source in Azerbaijan’s defence ministry told IWPR that the country had acquired several Israeli-made Hermes 450 drones. “These are high-end aircraft that can fulfill any role,” he said.

Neither Armenia nor Karabakh can hope to compete with Baku’s spending power. But David Jamalyan, who sits on a civilian council attached to Armenia’s defence ministry, said his country was not trying to match Azerbaijan’s expenditure, and was instead focusing on ways of repelling specific threats.

“If we do not attempt to act in symmetry with Azerbaijan, if for example we don’t buy as many tanks because we don’t have the resources to do so, then we’re taking the asymmetrical route, which means buying those weapons that are capable of neutralising Azerbaijan’s quantitative advantage,” he said.

In Karabakh, former general Balasanyan made the same point, arguing that since Armenian forces had won a war against the technically superior Azerbaijani forces, “we would secure victory now, since we have a regular army, we have all the technology, and [together with Armenia] we have two separate states”.

Not all Armenians in Karabakh are so sanguine about the prospect of an accelerating defence programme in Azerbaijan.

“The Azerbaijani government makes no secret of its desire to launch a war,” Masis Mayilyan, a former foreign minister turned political analyst, said. “Belligerent statements are accompanied by arms acquisitions, with spending accounting for 20 per cent of the government budget. Activity by snipers and overflights by spy planes are manifestations of this policy,” he said.