Local government acts to help family whose plight was shown in photo essay.

Local government acts to help family whose plight was shown in photo essay. 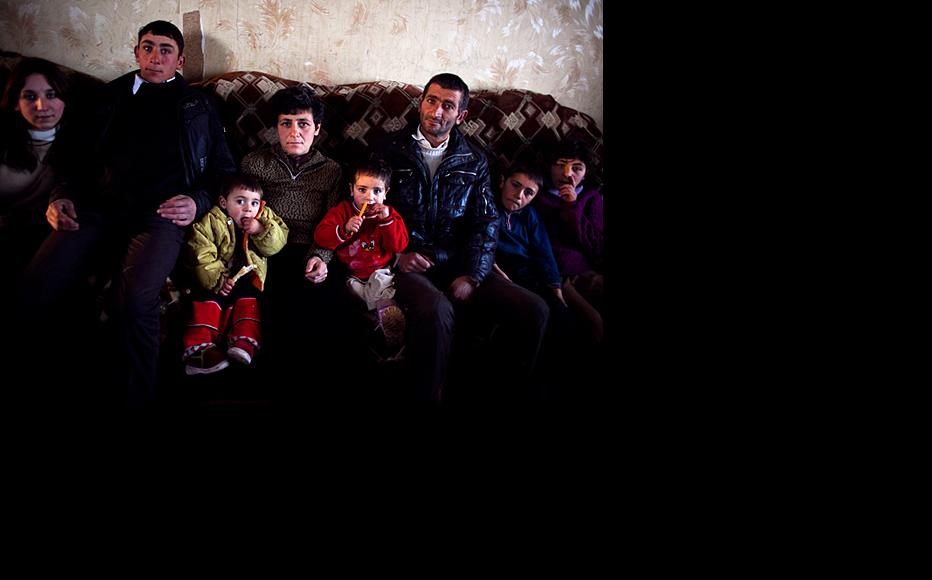 Silva Barkhoyan with her husband and six children. Photos like this prompted local government and an international charity to step in and help the family. (Photo: Inna Mkhitaryan)
The link has been copied

Journalists from the Armenian capital Yerevan have been encouraged by an IWPR project to focus on endemic poverty and deprivation in the countryside which often go unreported.

Participants in the programme paid a two-day visit in December 2011 to Gegharkunik, where around 40 per cent of the population lives below the poverty line.

Journalists in urban areas rarely visit places like this. The aim of the visit was to draw on local expertise to identify specific social and economic concerns, to generate reporting on them and get it published in the media. The four reporters and two photojournalists on the trip met local officials and NGO representatives and visited parts of Gegharkunik where life is hardest.

One of Armenia’s poorest regions, Gegharkunik has the highest rate of economic migration of any region in Armenia – mostly men, and mostly going to Russia to find seasonal work.

Life for those who remain can be bleak. During a visit to the village of Vardenik, the journalists visited Silva Barkhoyan, her husband Arayik Arakelyan and their six children in their tin shack, which had plastic sheeting instead of glass for windows. Their two school-age children were unable to attend classes because the family had no money for clothing, while one four-year-old had a lung condition which they could not afford to treat.

Freelance photojournalist Inna Mkhitaryan captured their plight on camera (for a sample of her photographs see Armenia: Male Exodus From Rural Communities), and after her pictures were published, a charity and the local authorities took action to help the family.

The faith-based NGO World Vision Armenia provided clothing for the children, while the Vardenik village authorities allocated 40,000 drams, around 100 US dollars, to help support the family. Gegharkunik’s regional governor Nver Poghosyan instructed Hambardzum Safaryan, head of the regional education department, to ensure that the two older children were going to school.

“We acted immediately after publication… to ensure they attend school on a regular basis,” Safaryan said.

Poghosyan has also pledged to allocate a 1,200-square-metre plot of land to the family, which is expected to happen by autumn.

Arakelyan said he was grateful to the journalists who reported on his family’s struggle.

“They didn’t ignore my hut – they came in and talked to us. More than that, they wrote about my family and helped my six children get proper clothing for school,” he said. “The land plot gives me hope that I can make a living for my wife and six kids, and eke out an existence.”

Participating journalists produced special reports on women’s issues in the region, both for the media outlets they work for and also for a special IWPR-supported newspaper supplement printed in January 2012, which included four articles and two photo essays.

The mission was organised within the framework of IWPR’s Building Bridges/Building Capacity: Conflict Prevention in the South Caucasus project, supported by the Norwegian foreign ministry.

Hasmik Shahbazyan, head of press and public information in Gegharkunik’s regional administration, said she was pleased the journalists had come to see conditions in the region for themselves.

“I think articles like this support government bodies, in this case the Gegharkunik administration,” she said. The articles that appeared in the IWPR supplement were of huge educational value to women. Victims of domestic violence gradually start standing up for their rights and applying to various institutions to that end.”