It's Hard to Be An Uzbek Pop Star

Conservative values and censorship means that artists and performers are tightly regulated.

It's Hard to Be An Uzbek Pop Star

Conservative values and censorship means that artists and performers are tightly regulated. 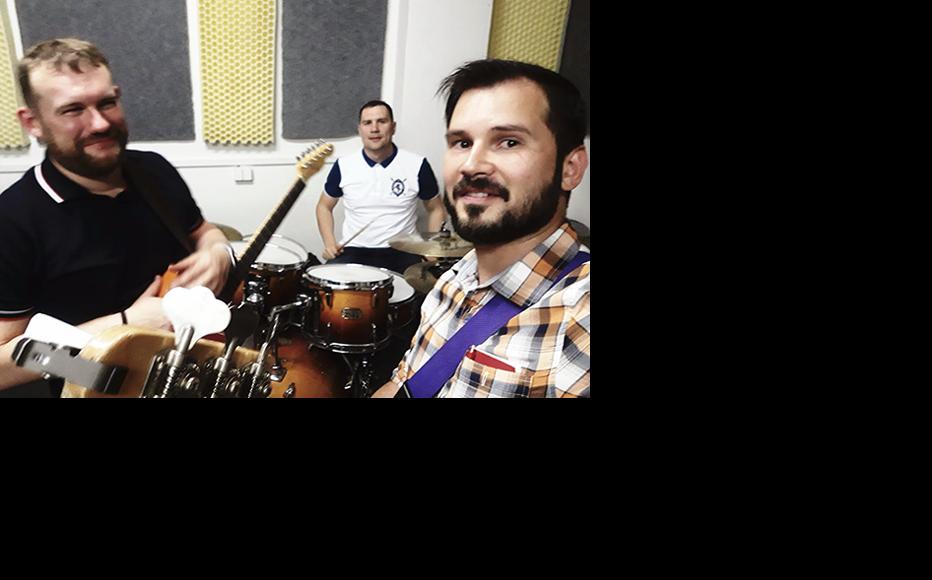 Krylya Origami band with Ashot Danielyan, on the right. (Photo courtesy of A. Danielyan)
The link has been copied

When popular Uzbek singer Dzhakhangir Atadzhanov performed at a private event last October, the excited guests honoured him in a traditional way by throwing handfuls of paper money over him.

This practice is a longstanding ritual in Uzbekistan, where money is often poured over the groom at a wedding or a young boy at his circumcision ceremony.

But when a video of the incident emerged, the country’s arts council, Uzbekkoncert, took a dim view of such extravagant behaviour.

They suspended Atadzhanov’s performing license, provoking protests from fans and a range of high-ranking officials including the head of the agency for information and mass communications Komilzhon Allamzhonov.

The furore meant that Atadzhanov was soon given back his license, with Uzbekkoncert explaining that the singer had promised to improve his standards and “work for the sake of the people”.

The incident highlighted recent claims that Uzbekkoncert has been instituting restrictive policies that stifle, rather than support, creativity and artistic ambition.

Uzbekkoncert was set up in 2017 on the orders of new president Shavkat Mirziyoyev to replace the previous state-run arts union, Uzbeknavo. Since then, dozens of artists have had their licenses to perform revoked for unclear reasons.

Although Mirziyoyev has been hailed by some as a reformer, critics argue that Uzbekkoncert has maintained the punitive policy against self-expression established by his predecessor Islam Karimov. During that era, Uzbeknavo revoked the licenses of then-fashionable artists including singers Yulduz Usmanova and Sevara Nazarkhan as well as comedian Obid Asomov and the popular Yalla band.

In 2017, Uzbekkoncert head Odilzhon Abdukakhorov announced that songs and videos by Uzbek artists could only be shown on television or circulated on the internet after being given the seal of approval by his organisation.

Then in 2018, Uzbekkoncert issued a list of taboo topics artists should not include in their work or performances. This included the misuse of national symbols, displays of luxury as well as revealing clothes or tattoos. Singers should not be filmed performing while lying down.

The list noted that, videos and commercial performances must not contain anything that might “go against the national mentality and common human values”. For example, men could not appear wearing women’s clothing or jewellery.

Most recently, in 2019, Uzbekkoncert published a list of songs deemed acceptable for performance weddings and other mass events.

According to its website, to get a license to perform at celebrations, musicians and singers need to submit copies of personal documents, two photos and 223,000 sum (24 dollars), the equivalent of a monthly minimum salary. It is not clear who exactly works for the arts council and the process by which these decisions are made.

No artists have formally complained about such measures, fearing the possible consequences. A number of performers told IWPR, on condition of anonymity, that high-ranking officials in the ministry of culture force some artists to perform at events, including private ones, for free. If they refuse, they can be blacklisted.

Aziza Umarova, an expert on public sector reforms, said that Uzbekkoncert was performing an anachronistic role.

“Do some people think it’s normal that some official can ruin the life of a singer in the 21st century just because of his quirks and twists?” she asked. “This organisation is a direct heritage of the totalitarian rule in the USSR. There are no equivalents to it in the modern world. I suggest that this organisation should be eliminated and it should be up to people to choose the singers they like. People should make their own choice.”

“To be honest, I still don’t understand why this body exists, what it is for and who founded it? Isn’t the ministry of culture enough? Why there should be someone to regulate no matter what? In fact, it is an anti-constitutional organisation because the constitution reads that every citizen of the country has a right to freedom of expression,” Danielyan said.

He argued that this Uzbekkoncert’s restrictive policies had led to an outflow of young talent from the country.

Musicians were not motivated to develop their potential, with music colleges providing education to people with little ambition beyond becoming wedding musicians and playing at banquets.

Danielyan said that there were only five rock bands regularly performing in Tashkent, recalling a much livelier music scene back in the 1990s when he used to rehearse with other musicians such as Artem Tildikov, then-bass guitarist of the band Domino. Tildikov left Tashkent in the mid-1990s and moved to Russia.

“Now he’s playing with such [Russian] musicians as Zemfira, A-Studio, Yolka. He did the right thing when he left. He couldn’t have lived a decent life here on the money he earned with his music,” Danielyan said.

Another singer, Roman, said he agreed. Having also worked abroad, he sees why young musicians might want to leave Uzbekistan.

“There they can [both]  earn and unlock their creative potential,” he said.

Giving Voice, Driving Change - from the Borderland to the Steppes
Uzbekistan
Regime, Culture, Life
Connect with us