It's Hard to be a Punk in Tajikistan

Economic troubles and official disapproval takes its toll on a dwindling subculture.

It's Hard to be a Punk in Tajikistan

Economic troubles and official disapproval takes its toll on a dwindling subculture. 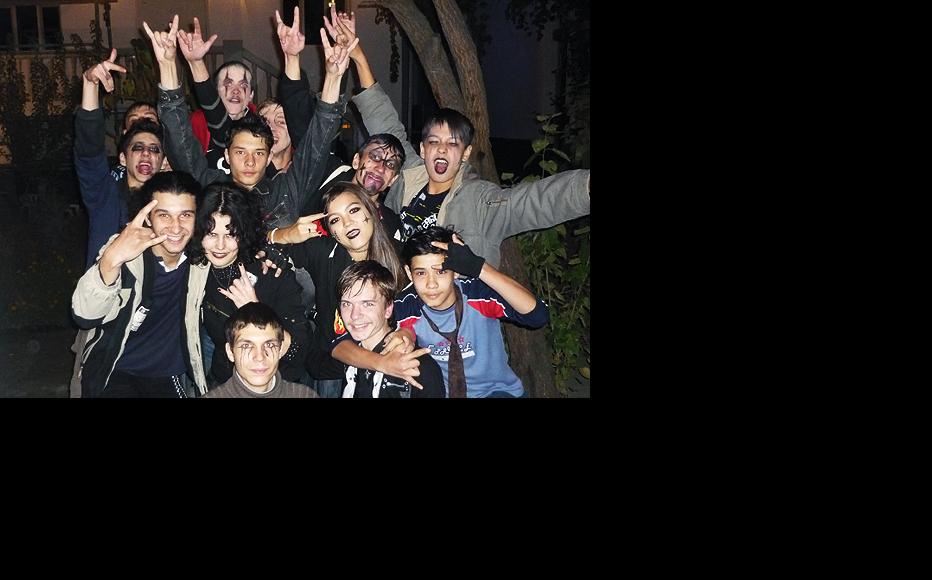 There is a tiny community of about 50 punks in Tajikistan. They are mostly based in the capital Dushanbe. (Photo: Maina Schwarz) 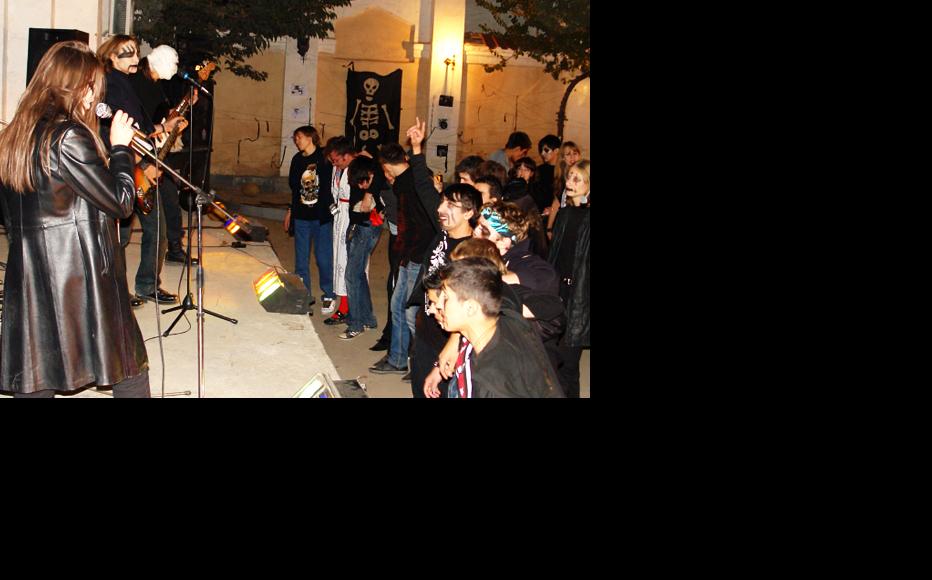 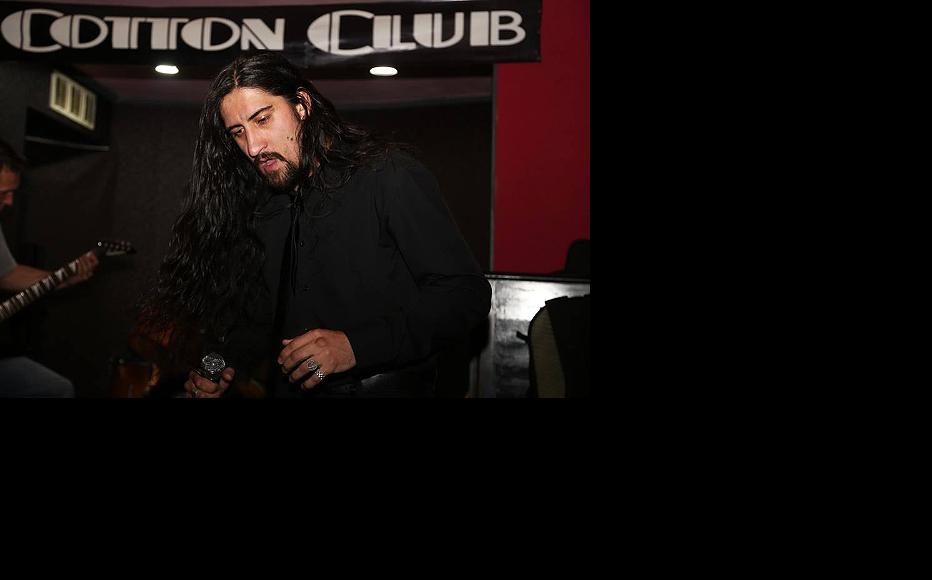 Punks, heavy metal heads and rockers get together in a handful of bars and clubs. (Photo: Konstantin Parshin) 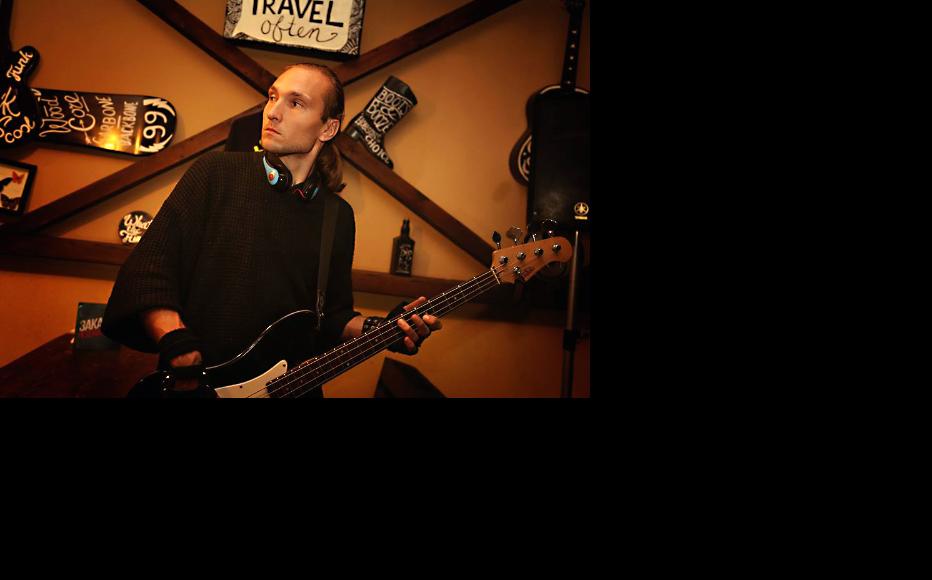 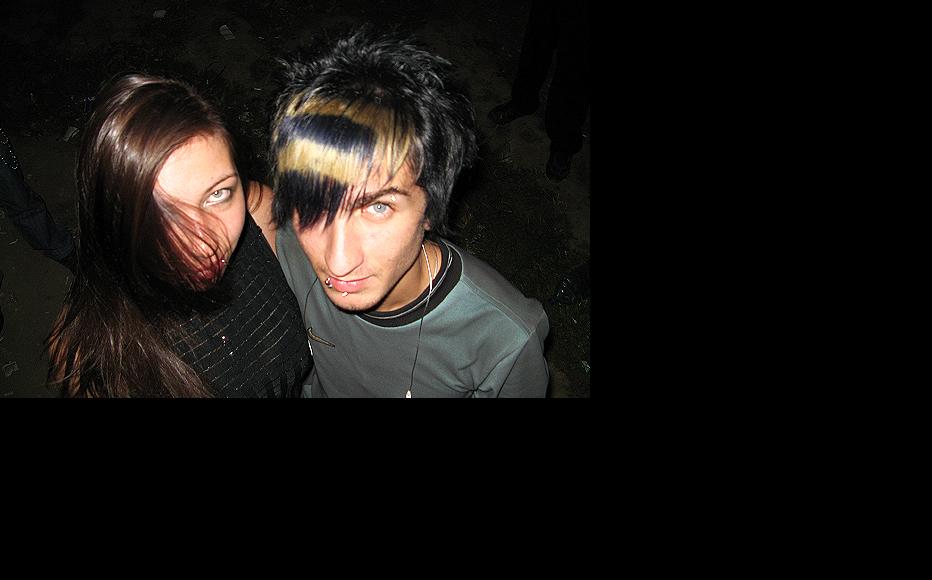 Not many Tajik youngsters are into alternative music like punk and rock. (Photo: Maina Schwarz) 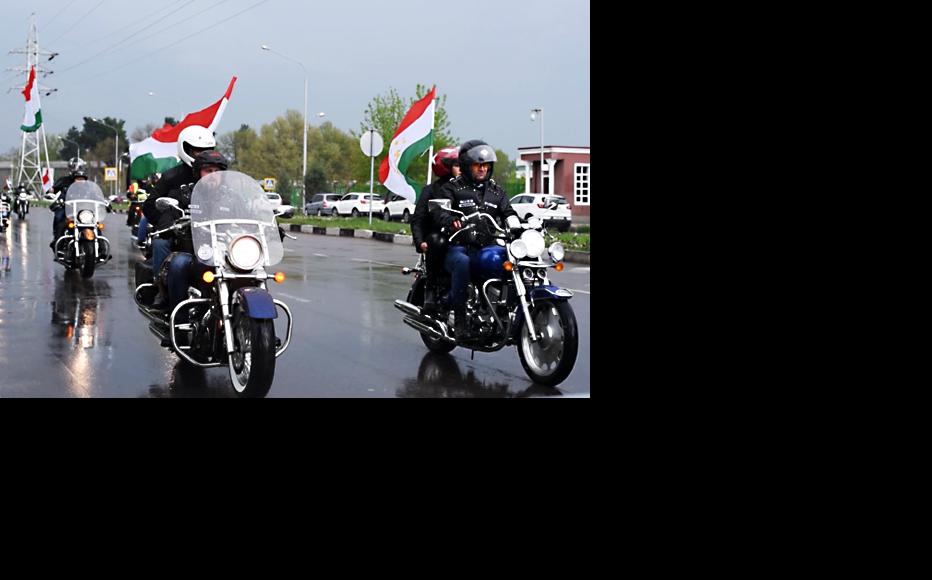 Bike Opening 2016: Bikers ride along Dushanbe's avenues with Tajik flags. (Photo courtesy of Tajik bikers)
The link has been copied

People stare when Mahina walks along the streets of Dushanbe.

Dressed in denim and black leather accessoried with studded jewellery and facial piercings, the punk look cultivated by Mahina and her friends is a rare sight in the Tajik capital.

“Our style is very unusual, even a bit frightening for our country,” she said. “Many passers by tell us they have no idea where this alien culture has come from.”

Half the population of Tajikistan, Central Asia’s poorest state, is under 30. But most young people in this predominately Muslim nation live according to conservative, patriarchal traditions.

The few hundred, mostly in the capital, who have broken out of society’s conformist mores are immediately noticeable.

Punks, heavy metal heads and rockers get together in a handful of bars and clubs, while the odd breakdancing or parkour team can be spotted practicing in the streets.

“Music spiritually empowers us, it gives us hope for a better future,” said Mahina, who plays in a band and estimates that there are about 50 fellow punks in the capital.

"I wish people wouldn't fear so much; we are not as scary as we seem.”

But stalwarts of this already tiny alternative scene say that an economic crisis fuelled by social pressures mean that their ranks are dwindling.

One Tajik heavy metal musician, who goes by the name Jack, said that there was only a handful of what he described as “monsters of rock” left in Dushanbe.

Many popular bands had recently split up, with no sign of a new wave emerging.

“Fewer people have been attending rock concerts lately,” he continued. “Two years ago at least 200 people could be expected to show up to a gig. Nowadays it would be great to attract 50 people.”

Fred, a stalwart of Tajikistan’s breakdance and parkour scene, agreed. Breakdancing first appeared in the country some 20 years ago and truly took off in the early 2000s, he explained.

“There were many [breakdancing] teams back then and championships took place several times a year,” Fred said. “We taught ourselves, learning from videotapes and clips.

Enthusiasts still gather in parks and other urban spaces to learn new tricks from each other. But out of the dozens of breakdancing posses in Dushanbe a decade ago, only a handful remain, he said.

As for the local music scene, it’s dominated by Tajik language pop and folk music, with religion and national values as prevalent themes.

“I wish there were more alternative people in Tajikistan, and somewhere to hang out together and create,” said Roman, a graffiti artist. Everyone, he said, “eventually gets tired of fighting against the system”.

Simply making a living remains the priority for most young people. The national somoni currency has plunged by 52 per cent in the last year, a situation exacerbated by the economic crisis in Russia, where many Tajiks travel to find work.

Social pressure demands that young people settle down, get married and start a family by the time they are in their early twenties.  A job that would allow time to pursue a hobby – let alone make money out of music - remains a distant dream.

Then there is the growing problem of Islamic radicalization, linked to poverty, unemployment and low levels of education. According to official data, 700 young people have so far travelled to fight in Syria and Iraq, with the real number likely to be even higher.

Some young people say that the government’s cultural conservatism doesn’t help the fight against extremism.

"The authority’s attitude, that they ignore or ban anything in the sphere of modern youth culture, risks turning the young generation into a resource for radical Islamic propaganda and unrest," said a graphic artist and alternative music fan who asked to remain anonymous.

Official bodies responsible for granting permits for artists to use state-owned premises are said to generally ignore requests from performers from the alternative scene.

Martial arts such as wrestling and judo are wildly popular in Tajikistan, with state-sponsored classes and competitions. Tajik sportspeople do well on international level, bringing home medals in the last two Olympics.

However, more niche pursuits are off the state’s radar.

“There are many boxers, football players, wrestlers [in Tajikistan] – but what about our cultural development?” asked Bakhtiyor, a music producer and veteran of the Tajik hip hop scene.

He said that rap had the potential to be huge in Tajikistan, with several dozen recording studios already active in the capital.

SOR, one of the local scene’s most recognised and respected artists, explained that young Tajiks were familiar with hardship. The country went through civil war in the 1990s and has experienced one financial disaster after another ever since.

“Our young people identify with the music,” he said, adding that he had funded his own first recording by shifting cement sacks at the market.

SOR also argued that modern music could also be an outlet for patriotism, even if performers chose not to use the Tajik language.

“I began rapping in English to make Tajikistan known abroad and enter an international market. Some people serve their country through diplomacy, some through scientific contributions and some through art, creativity,” he said.

Bakhtiyor agreed that the alternative scene was making a vital contribution to the country’s development.

“Culture is as important as air, without it our young people degrade,” he said. “They thrive though self-expression and self-development. We are not a very rich country, and many people here had difficult childhoods, so we must help find ways to entertain, educate and develop in a positive way.”

Tajikistan
Life
Connect with us