Once the preserve of rural communities, imams are now providing counselling in urban areas.

Once the preserve of rural communities, imams are now providing counselling in urban areas. 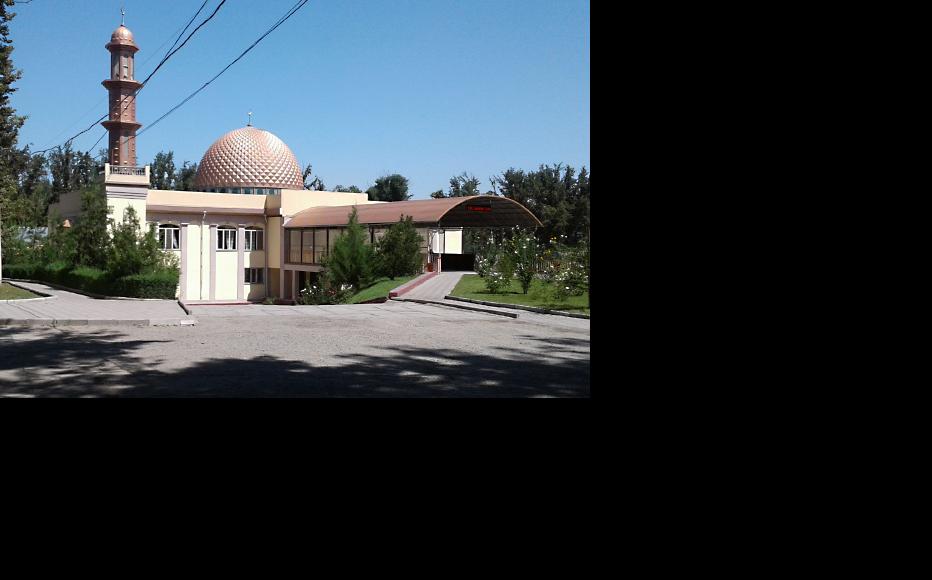 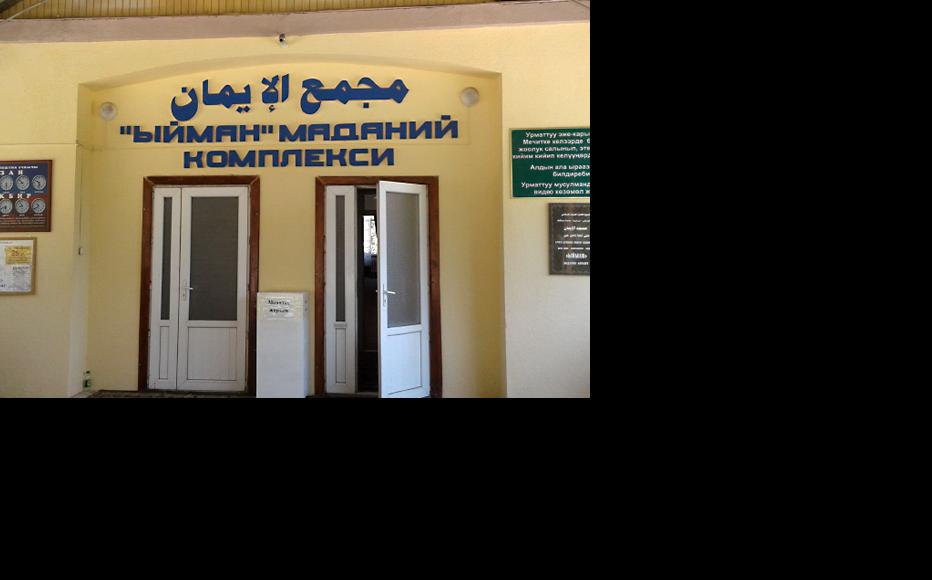 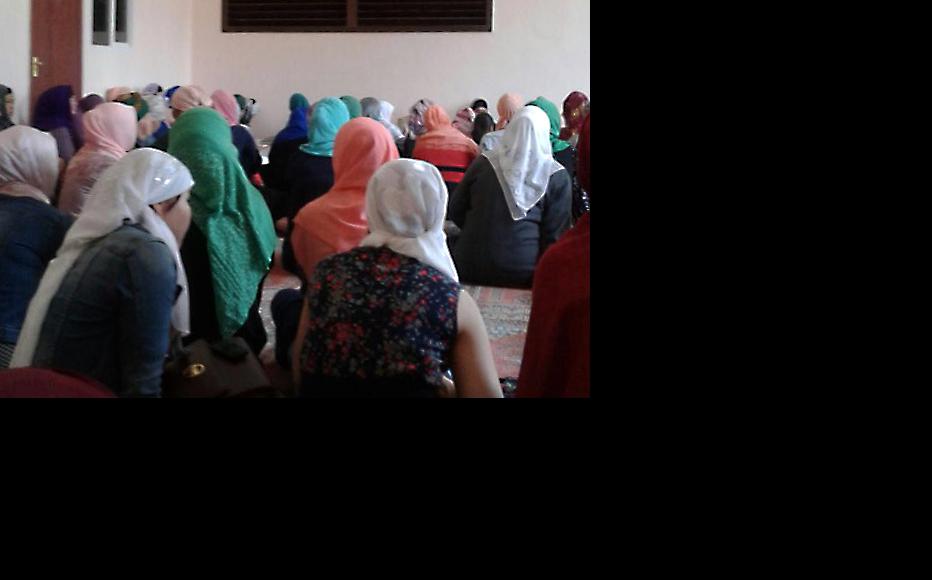 Women gather for the lecture on religious issues. (Photo: Almazkan Akmatova)
The link has been copied

On a weekday evening, hundreds of excited women and girls fill a large, immaculately white hall at a mosque in southern Bishkek.

They are awaiting the arrival of Chubak azhy Zhalilov, the ex-mufti of Kyrgyzstan and one of the country’s best-known preachers, to deliver one of his regular lectures followed by a question and answer session.

There are all ages here, from elderly women to young girls and teenagers, as well as nursing mothers with small babies. Some attendees wear the full Islamic hijab, while others wear Kyrgyz-style kerchiefs, which leave sections of hair showing. There are also attendees dressed in secular clothing, with no head covering.

The women pray or sit in circles on the fine traditional carpet that covers the floor.

Aiperi Ryskulova, a 25-year-old geography teacher, said that she had not missed a lecture of Zhalilov’s in the past two years.

When Zhalilov arrives, an anticipatory hush fills the room. He addresses them unseen from behind a partition, due to the Muslim prohibition on mixed audiences.

After a short lecture, he tackles the real focus of the evening, reading out and answering questions from the audience that have been sorted according to topic and handed to him by an assistant.

“My son has got alcohol issues. He may drink for ten days in a row. What can I do about it?” reads one note.

“Is talaq [divorce by repudiation] valid for pregnant women? When my husband issued me talaq, we didn’t know I was pregnant,” asked another.

“Doctors advised me to terminate my pregnancy as the foetus has some problems with the spine. What if I don’t do it? I am scared, what shall I do?” was another question.

Zhalilov answered each petition according to sharia law.

Kyrgyz experts say that more and more women are turning to religion to find answers to troubles in their daily lives.

Preachers such as Zhalilov make an especial effort to court female followers. Although the majority of subscribers to his Kyrgyz-language YouTube channel Nasaat Media are men, it also advertises his women-only events alongside videos on subjects intended to appeal particularly to women, such as religious marriage and how to be a good mother.

Esen Usubaliev, the Bishkek-based head of the Public Solutions think tank, said that rural women in Kyrgyzstan had for decades sought out local imams for help and guidance.

“Women have always turned for imams for support, it just hasn’t been in such quantities,” Usubaliev said. “In many Kyrgyz villages the imam as a religious person is the one people turn to. Women go to him for advice on how to bring up their children, on various life and psychological issues, how to build their relationship with their husband.”

What was now significant was that the practice was becoming as common among city dwellers as it had previously been for villagers, he continued, with the influence of religion spreading deeper across Kyrgyz society.

Lola Kasymova, who organises weekly lectures at the mosque in southern Bishkek, said the number of female attendees was increasing year by year.

Women travelled from across Kyrgyzstan to seek sharia solutions to a wide range of problems, she continued.

"Questions range from [specific teachings of] Islam to routine situations regarding family, childrearing and even medical things,” Kasymova told IWPR.

“There are women with children who have been abandoned by their husbands, women whose husbands have alcohol abuse issues, women humiliated by their mother-in-laws,” Kasymova said.

“Sometimes women ask intimate questions, for example, how to take care of themselves after delivering a baby.” Those, she explained, she answered herself rather than passing to the imam.

Zhalilov was unavailable for comment, However, preacher Umar Kulov, who also delivers lectures for women at another mosque, explained the growing popularity of the phenomenon.

“What matters here is psychology,” he said. “A woman doesn’t necessarily need to find a way out of her situation, most importantly she needs to be heard and sympathised with.”

Religious figures, unlike counsellors at secular crisis centres, really “listen to women and encourage them,” he said.

Sociologist Gulnara Ibraeva, who heads the Innovative Solutions Public Association NGO, agreed that some women sought both psychological and medical help from imams due to the “paralysis of social care institutions”.

“It’s a failure of public services,” she continued. “When one visits a doctor, [the medical worker] doesn’t even look at the patient, being busy with filling in forms. [Doctors] encounter a large patient flow and have no time to talk to patients. They serve not the patients, but the bureaucratic machine,” Ibraeva told IWPR.

Interest in Islam has long been growing in largely secular Kyrgyzstan.

The trend, which began in the regions, has spread to urban centres. Women wearing hijab are more commonly seen and the number of cafes and restaurants offering halal food has also grown.

At the end of the staunchly secular Soviet period in 1991, there were only 39 mosques in Kyrgyzstan. As of 2014, there were official 2,362 mosques and 81 Islamic educational institutions supervised by the Muftiate of Kyrgyzstan (DUMK).

Another 68 Islamic centres, foundations and associations engaged in educational, outreach, and charity activities were registered the same year.

Ibraeva said that they were serving to fill a vacuum. The wider educational system had also failed to provide people with the life skills to overcome economic and personal problems, she charged.

“There is an enormous vacuum in terms of knowledge on vitally important issues [such as] how to communicate with in-laws, with mother-in-law, with one’s husband. Neither the school, nor education system in general, provide that knowledge,” Ibraeva said.

The situation was aggravated by social tensions and economic insecurity, Ibraeva said. About a million Kyrgyz nationals work abroad, mainly in Russia.

Islam was increasingly providing the answer to how to deal with such realities, and women were trying to find purpose through religious adherence.

“What does it mean to be a good woman [in Kyrgyzstan]? It’s about being decent in religious terms,” the sociologist said.

The authorities are particularly keen to keep some formal control over religious provision due to the fear of increasing radicalisation.

According to official data, at least 200 Kyrgyz nationals have travelled to fight in Iraq and Syria.

Orozbek Moldaliev, head of the State Committee for Religious Affairs, said he was alarmed by the number of talks arranged not only at mosques, but also at private houses.

“Various groups attempt to organise lectures; some of them do not have official registration,” Moldaliev said.

Others were less concerned about radicalisation than the wider effect growing religiosity might have on traditional Kyrgyz culture.

“The Kyrgyz used to rely on their own set of spiritual codes and norms called Kyrgyz salttary,” she explained, referring to oral traditions governing everyday activities.

This culture was damaged during the Soviet era, and now faced further risk from the increasing popularity of Islam.

“In recent years, women became more actively involved [in religion],” Seidakhmatova said, adding, “A grown-up woman has a right to choose as she is her own person, but she is also choosing the same way for her children, who are dependent on her.”

For many of those attending religious lectures, issues of Kyrgyz identity are not uppermost in their minds. At the Zhalilov lecture, one woman, a 69-year-old retired schoolteacher who asked to remain anonymous, said she was suffering from a chronic rash.

Despite doing everything her doctors had told her to, she could get no relief.

“I came [to this lecture] hoping people would help me here. I am hoping I can fully recover,’ she said, adding that she had bought a soap at the mosque shop and was already feeling better after using it.

Kyrgyzstan
Women
Connect with us