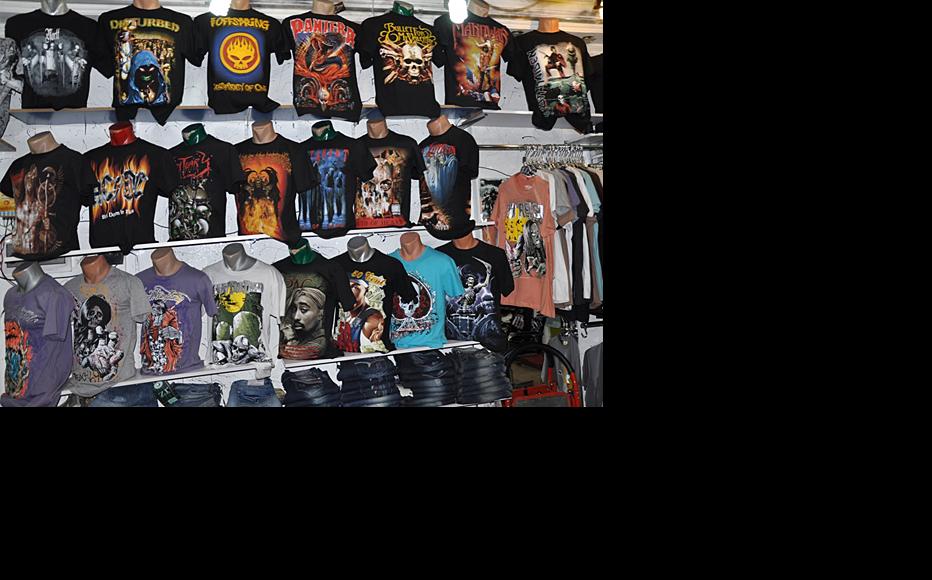 Young non-conformists in Baghdad have spoken of their fears after international human rights organisations warned of a growing campaign of intimidation and violence against young people who follow alternative fashions.

“The Iraqi government should immediately investigate and bring to justice those responsible for a targeted campaign of intimidation and violence against Iraqi youth seen as belonging to the non-conformist ‘emo’ subculture,” they said.

Emo, short for “emotional,” refers to a distinctive fashion in which young people dress in black close-fitting clothes, cut their hair in unconventional ways and listen to rock music.

The style has been growing in popularity in Iraq, but last month the media and activists began reporting an apparently organised campaign aimed specifically at them. Others dressing in ways perceived to be gay, lesbian or effeminate have also been targeted.

The three international groups said they had received reports from local human rights groups, community activists and the Iraqi media about attacks on and killings of young emos and people suspected of being homosexual.

According to foreign media sources, at least 14 emos have been killed in the Iraqi capital since mid-February, while some local media outlets put the death toll at several dozen.

One Iraqi emo who called himself “Steven” said told IWPR, “I’ve cut my hair and hidden my tattoo, and I spend most of the day at home. All my friends are doing the same.”

He said that although no one he knew had been seriously harmed, “we are really terrified after everything we’ve heard”.

Saif Khalid, another emo, said he had cut his hair, and his friends had done the same. Even so, the student said, his parents now feared for his safety every time he left the house to go to lectures.

“They keep on calling me all the time. My friends' families are worried too. It's because of what we heard about what's going on with the emos,” he added.

Um Nur, the 41-year-old mother of a teenage boy and girl, said she had kept her children at home for more than three weeks.

“They beg me to let them go to school but I haven’t,” she said, adding that she had asked their head teachers to mark them sick leave. “It is ok to lose a year’s study at their age but I can't put their lives in danger.”

The Iraqi government denied any emos had been murdered.

"No emos have been killed in Iraq,” said Kamil Amin, a spokesman for the ministry of human rights. "There was just one gay man killed in the last two months, and our investigations revealed that criminal motives were behind his killing.”

As for the media reports, he said, "They are fabricated, false reports by certain biased elements. If any young people or teenagers were killed, how come news about their deaths hasn’t spread among friends, at schools or colleges, or in their neighbourhoods? Our investigators go everywhere and find nothing.”

Although the three international rights groups said that they had been unable to independently confirm reports of organised killings, they urged the government to investigate a series of posters and fliers that have appeared in areas of Baghdad.

These signs listed people by name and threatened them with “the wrath of God” if they did not change their appearance. One such poster seen in the Sadr City neighbourhood included 33 names and underlined the message with images of handguns.

Government officials acknowledged that such posters had appeared and blamed them on radicals, but assured the public that the security forces were doing their best to protect them.

Amin the blamed media for inciting militants against such young people by providing lurid descriptions of their activities. He said the government had instructed its staff to “respect the individual’s freedom of expression, in the manner of dressing as well as in everything else”.

But journalists interviewed by IWPR, who declined to give their names for security reasons, said their coverage merely reflected statements made by both officials and Islamic clerics.

On March 10, for instance, Shia cleric Muqtada al-Sadr issued an online statement calling emos “crazy fools” who were a “wound on the Muslim community”, although he added that they should be dealt with “within the law".

In their statement, the international rights groups noted that the interior ministry posted a statement on its official website on February 13 describing emos as “Satanists” who presented a danger to Iraqi society.

This was predated by an August 2011 memo that recommended that schools curb the spread of emo culture, described as “a phenomenon infiltrating our society".

The government said such statements were the work of individuals and did not represent the official stance.

Social expert Abdul Khaliq al-Shemmari said that “officials, clerics and the media” had all added to the furore, but suggested that broader public attention would now serve to defuse the situation, even in the event of an organised anti-emo campaign.

“This is what happens when Iraqis encounter a new and surprising phenomenon,” he added.

Youth
Connect with us