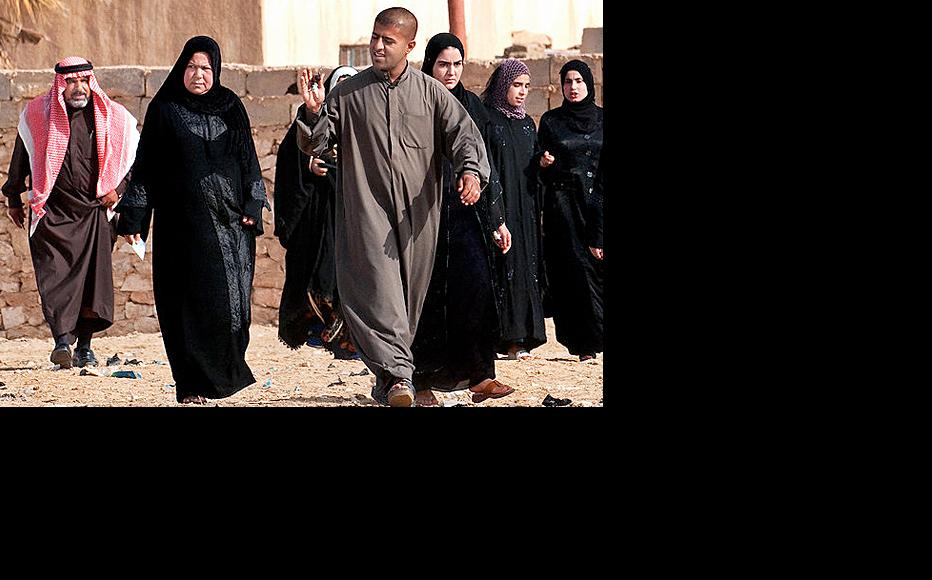 Many ordinary Iraqis believe there’s nothing new in the latest allegations.
The link has been copied

Baghdad professor Saadi Kareem’s reaction to the recent Wikileaks release of some 400,000 secret United States war files is typical of that of many of his countrymen.

"Iraqis know all about the findings in these documents,” the political science lecturer said. “The brutality of American and Iraqi forces was hidden from Americans and Europeans, but not for Iraqis who lived through the war and its aftermath. Iraqis are totally aware of what happened to them."

The leaked reports, revealed earlier this week by the controversial whistle-blowing website, disclosed alleged intelligence on torture, false body counts and sectarian bloodshed, amongst other revelations.

Washington and Baghdad have both condemned Wikileaks, but for many Iraqis the reports have only fuelled a culture of suspicion that already views governments and armies with open distrust and derision.

The leaked field reports reveal claims of multiple kidnappings, torture of detainees and some 15,000 undocumented civilian deaths over the last seven years. Among the other findings are alleged links between Iran and militant Shia groups and allegations of a possible US cover-up concerning abuses committed by Iraqi forces.

As shocking as the leaks may have been in the West, Iraqi parliamentarian Mahmoud Uthman said the information is really nothing new in Iraq.

“Iraqis don’t care,” he said. “They don’t believe what’s written from outside Iraq anyway. For two or three years, victims’ families and organisations such as Human Rights Watch have been questioning the death count and disappearances, but nothing has happened. As far as Iran’s intervention in Iraq, people have known about that for decades.”

Malcolm Smart, director of Amnesty International's Middle East and North Africa divisions, also said that the Iraqi public’s muted reaction to the Wikileaks documents was unsurprising. Smart said his organisation met with a similar response to a study on Iraqi prisons released last month that reported widespread torture, forced disappearances and an estimated 30,000 prisoners being held without trial.

"People on the streets are not expressing surprise,” he said. “They’re war-weary and looking for change. They feel under threat from many different sides, especially those enforcing law and order.

“There's exasperation and numbness about when things are going to change," Smart continued, adding that his organisation is calling on the Iraqi government to show political will in addressing the alleged rights abuses included in the leaked documents.

The press secretary of the US defence department, Geoff Morrell, reflected Washington’s anger over the revelations.

“We strongly condemn the unauthorized disclosure of classified information and will not comment on these leaked documents other than to note that ‘significant activities’ reports are initial, raw observations by tactical units,” he said.

“They are essentially snapshots of events, both tragic and mundane, and do not tell the whole story.”

The caretaker government of Prime Minister Nuri al-Maliki scrambled to distance itself from the disclosures and discredit Wikileaks, amid debate over how the disclosures will impact on the premier’s bid for a second term. The strongest denials have been concerning documents that purportedly link Maliki and his officials to state corruption, secret prisons and armed militias operating with impunity.

“This is a deliberate campaign carried out by a number of media outlets aimed at defaming Iraq on the pretext of releasing classified information,” said Khalid al-Asadi, a senior member of the Dawa party and a senior official in the State of Law coalition headed by Maliki. “The government has issued orders to follow up the documents to investigate and check their authenticity. After that, we can decide how to deal with the issue.”

But even Asadi said that there was nothing revelatory in the Wikileaks files for the average Iraqi citizen and claimed the reports would have no effect on Maliki's bid to form a coalition government and secure a second term as prime minister. Iraq has been without a working government since a national election in early March left no clear winner.

“I think these documents have not disclosed any new information. All the information mentioned in these files was already known to the Iraqi people. They will not affect public opinion of any Iraqi group or party on any issue,” Asadi said.

Dr Hameed Fadhel, professor of international politics at Baghdad University, told IWPR that the allegations of abuse have all been heard before. “The documents did not disclose anything new for Iraqi people who used to witness such violations every day,” Fahdel said.

Husam Ali, a 33-year-old government employee in Baghdad, said ordinary people were much more concerned with just getting by.

“In Iraq, most of us are poor and tired of war and killing. We have enough problems without being involved in the problems of outside organisations and countries,” he said. “We have our own lives to deal with here and with no security, jobs or electricity things are bad enough.”

Abeer Muhammad is a senior IWPR editor in Baghdad.