Electricity shortages happen everywhere in Iraq, but cause angry scenes in the boiling temperatures of the south.

Electricity shortages happen everywhere in Iraq, but cause angry scenes in the boiling temperatures of the south. 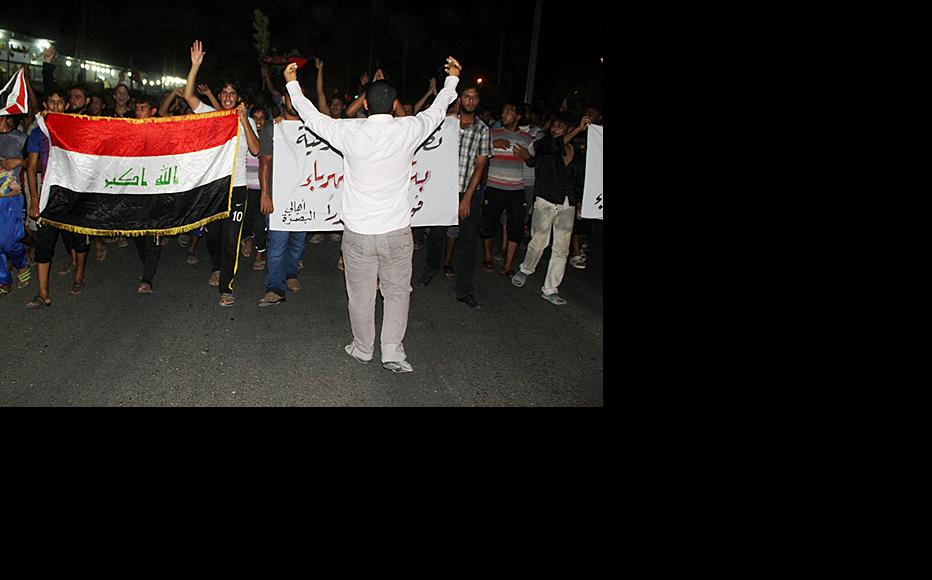 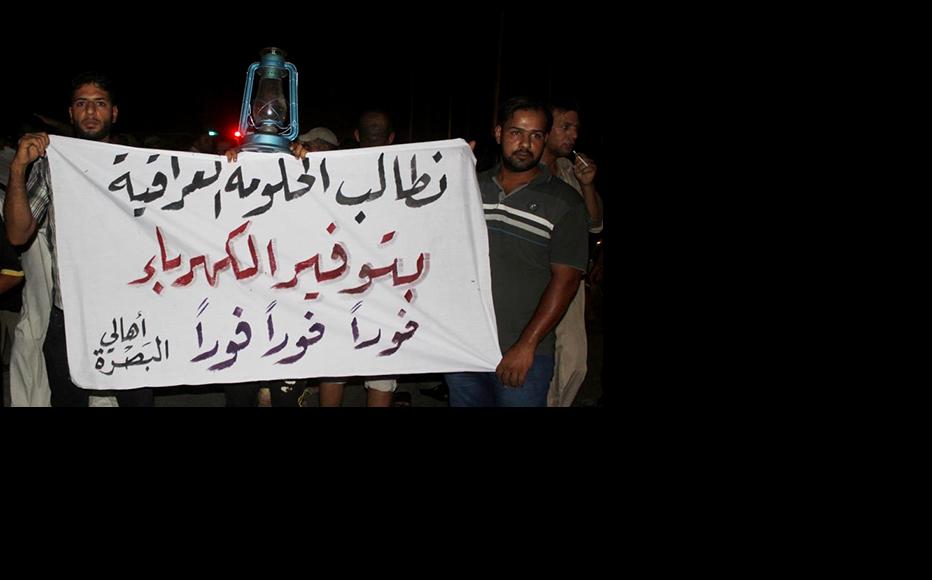 The demonstrations have taken place during the evenings as daytime temperatures are so hot. (Photo: Abu Iraq)
The link has been copied

Iraq's government sacked a senior energy official and launched investigations into others after residents of the southern port city of Basra staged angry protests over prolonged power cuts.

"The electricity ministry ordered the dismissal of the director-general of power distribution in the southern region, and warned managers of electrical projects and networks in Basra that they could face penalties," a statement published on the ministry’s website said last week. "They are responsible for damaging three important transmission lines."

The announcement came in response to demonstrations that erupted in Basra as residents grew weary of the constant power outages as Ramadan, the Islamic month of fasting, got under way.

The lack of air conditioners and electric fans compounded the hardship of fasting in the soaring daytime temperatures of late July and August.

"Life has become unbearable – we can’t breathe since there’s no electricity [for cooling] in this summer’s extreme heat," Saad Hadi, a taxi driver who joined the protests, said. "Power cuts are nothing new, but with the summer heat and Ramadan, we can’t put up with it any longer.”

Last week, a group of protesters marched to the city government offices and pelted the buildings with stones, while others set fire to tyres that security forces had used to make barricades to stop them.

One protester, manual labourer Hussein Musafer, explained why his patience had run out. "When it gets hot, prices also rise for fuel and ice. We can’t afford it – we are poor. Officials need to be aware of our suffering. They won’t know if we stay at home, so I’ve taken to the streets."

"While we deprive ourselves of water through the day, officials are depriving us of air," she said.

Iraq's electricity shortages date as far back as the 1991 Gulf War, when United States air strikes damaged power stations. The electricity industry’s infrastructure continued to crumble during the years of United Nations sanctions that followed.

After Saddam Hussein was ousted in 2003, the international community invested heavily in restoring the power network, but armed violence, mismanagement and corruption has meant that electricity distribution remains intermittent at best.

Domestic production of around 2,700 megawatts a day is less than one-third of the country’s actual demand.

Outages occur in every part of Iraq, and power is typically available for four or five hours a day, sometimes less. The effects are particularly hard for people in the south, the hottest part of the country. Daytime temperatures in Basra can rise above 55 degrees Celsius.

In response to the protests, local power-industry managers promised to increase the number of hours that the electricity would be on in Basra.

“Ministry teams are working hard to repair damaged lines, and we promise people that the supply will improve," Sabah Abdul Wahed, director-general of Basra’s electricity distribution department, told IWPR. "I can tell you that there’s been a marked improvement in the last few days".

Local residents acknowledged that things had got a bit better, but expressed doubt that this would be sustained.

"We’re now getting a better level of electricity – about six hours a day, but who can say how long that will last?" student Hanan Abuldamir said. "If they do it again – cut the power supply – we will do it again – protest."

Iraq
Protests
Connect with us