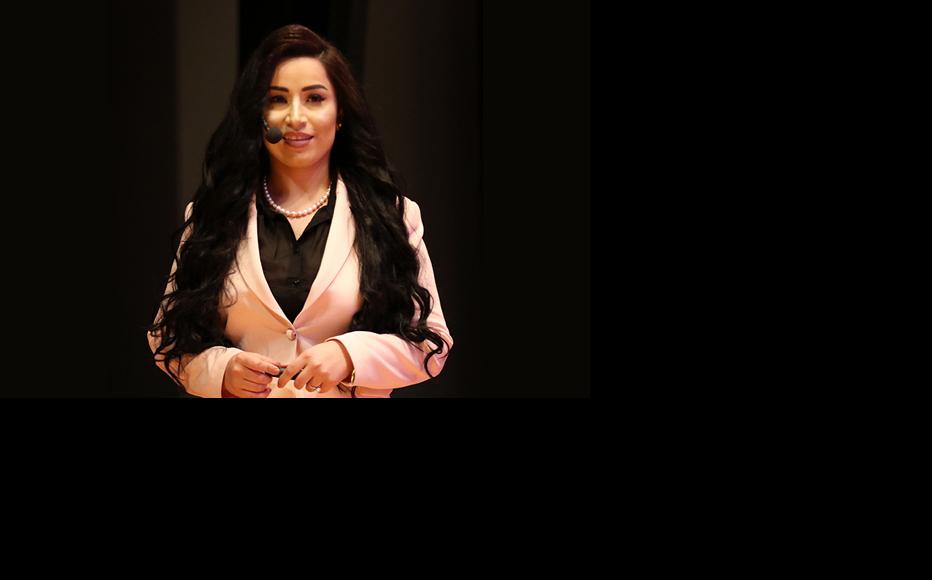 Avan Jaff, Iraqi Kurdish journalist and an IWPR trainee. (Photo: Courtesy of Safin Hamid for IWPR.)
The link has been copied

Avan Jaff joined Baladuna Tariquna (Our Country, Our Path) in May 2017, a project working with Iraqi social media activists to generate factual, responsible content and counter extremist and violent media.

“IWPR showed me a vision of peace and coexistence,” she said. “They helped me to break the pattern of violence, and opened my eyes to see the successful stories.”

Jaff said that her IWPR training, which is ongoing, had helped her identify a target audience, tell stories and advocate for her own ideas. This was in itself a way to bring social change, she continued.

“When a woman stands on her feet, she does not only give hope to other women, but to her community and her country,” Jaff said.

Jaff uses her Facebook page to highlight stories about women who have not only achieved success in the business or creative world, but also made a contribution to society.

She recently published a piece about Nian Aziz, the first and only fashion designer in Iraq who makes clothes for people with dwarfism. After Jaff posted the story, several local media outlets asked her for Aziz’s contacts.

Other stories have included include one about a woman who created a successful mobile phone app, and another who pursued a career as an artist.

Other media platforms have also showed interest in her endeavor. Earlier this year she was invited to give a TEDx talk at a conference dedicated to successful women.

“Normally I talk about the success stories and self-agency of others, people of any colour, any ethic or gender or religion backgrounds. But today I will be speaking about myself as a success story,” Jaff told the event.

Jaff, who lives in Erbil and is a senior reporter at Zhin women’s magazine, said that many people now contact her on a daily basis to alert her to success stories for her project.

“Nowadays, when I visit a public place such as a restaurant, people come forward and tell me that they know a successful girl or woman and they would like me to meet her,” she said.

Although she has met with some hostility, Jaff said that she was not discouraged. Breaking taboos around female participation in public life was hard, but she argued this was essential for peace and coexistence efforts, as well as to rebuild Iraq’s economy.

Jaff’s father was an opposition politician during the Saddam era, and she said that she had a relatively liberal upbringing. Many fathers, brothers and husbands were also supportive of their female family member’s efforts to strive for success, she continued.

Self-belief and resilience have been key to her own success, Jaff said, adding, “Ever since I started working as journalist and publishing stories about self-agency, I have never felt tired and never doubted that this was not the right work for me.”

And although she acknowledged that many obstacles remained for women and girls in Iraq, she said, “I will break down those barriers.”

Iraq
Civil society
Connect with us