Immigrants imbued with traditional values of masculinity and power can run into problems fitting into a different kind of society.

Immigrants imbued with traditional values of masculinity and power can run into problems fitting into a different kind of society. 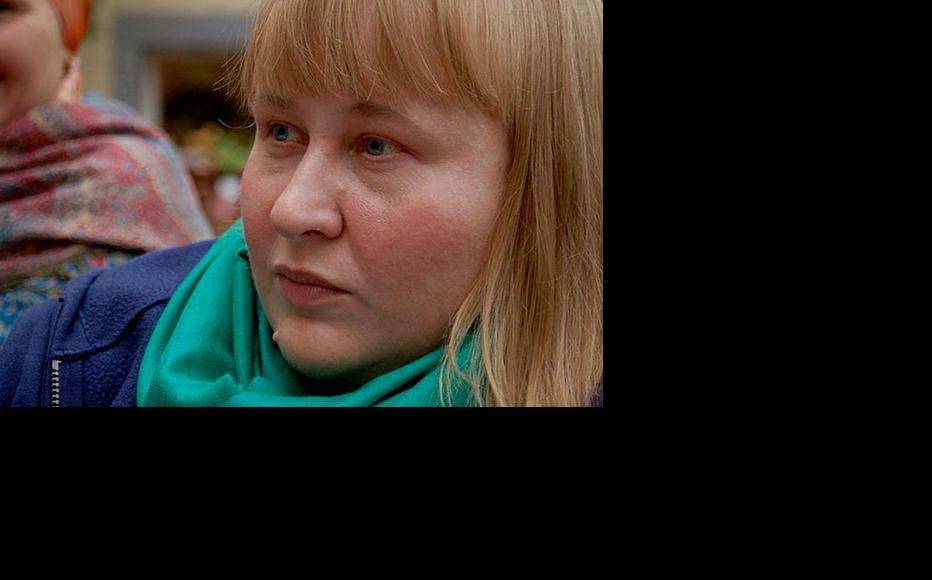 Almut Rochowanski of the Chechnya Advocacy Network. (Photo courtesy of A. Rochowanski)
The link has been copied

When Anzor Tsarnaev, father of Tamerlan and Jokhar, the suspects in the Boston bombings, was asked how they could have committed such an act, he denied that they were capable of it.

I have been working with Chechen refugees for almost a decade now, and my experience among them makes me wonder how often those two boys heard such sentiments while they lived their apparently not-so-comfortable lives in Boston.

Hearing remarks like this every day would teach any young man that he is falling short of the hyper-masculinity, the violent assertiveness, the “show them who’s boss” competitiveness that distinguish a “real man” among Chechens.

Tens of thousands of Chechen boys are now growing up in a huge, new, barely-settled diaspora. And such messages from their elders poison their chances of achieving happiness and integrating successfully in their new homes.

When we started the Chechnya Advocacy Network, we set out to listen carefully to the needs of people from Chechnya before deciding what we should do. That way, we would keep ourselves from imposing any outside agendas, even well-meaning ones.

Before our group even had a name, I was asked to assist with a complicated refugee case in Europe and was thus introduced to the reality of the Chechen diaspora. From that moment on, the requests have never stopped.

I had to quickly learn about asylum laws in European states and about tricky regulations at European Union level and in the United States. I became participant and observer in these new immigrants’ often painful, sometimes tragic and occasionally remarkable stories of integrating and building new lives.

To me, migration is what the Tsarnaevs’ story is really about.

For a number of reasons, but mostly because of simple geography and the pull of increasing numbers of cousins and neighbours, the bulk of Chechnya’s diaspora is in Europe, primarily in Austria, France, Belgium, Germany, Norway and Poland.

There are far more than 100,000 Chechens in Europe. We know this with reasonable confidence because while the United Nations and governments count new arrivals as Russian citizens rather than according to their ethnicity, refugee reception charities and government agencies tell us that 90 per cent or more of those Russian nationals are from Chechnya. Or rather, they are ethnic Chechens, some of whom might not have lived in Chechnya before coming to Europe.

In the United States, the backgrounds of arrivals from Russia claiming asylum are much more diverse, and ethnic Chechens form a minority. After nearly a decade of trying to establish the numbers, we can still only estimate from extrapolated figures how many families live where. We think there may be fewer than 1,000 Chechens living in the US.

Chechens have been coming to the US at a pretty steady trickle for more than 20 years. In Europe, the number of new arrivals exploded in 2003, well after the two wars in Chechnya were over.

In the United States, there are no compact enclaves of Chechnya, and no networks to speak of. A good many of them make a point of staying away from other Chechens. That makes them harder to count, and it also says a lot about the diaspora in the US.

All refugees come for their own specific combination of reasons, and with their very personal baggage of motivations, needs and goals.

Chechen refugees may represent either end of the political spectrum or anything in between, which makes for awkward and even dangerous encounters in exile. They may be from the educated elite, or illiterate villagers. They may have barely escaped alive and arrive haunted and traumatised, bearing the scars of torture, leaving vanished brothers and sons behind. Or they may be opportunists whose lives were never touched all that much by Chechnya’s upheavals.

Their backgrounds and motivations do not offer a neat way of predicting how well they will fare in exile. Migration tosses everything up in the air.

The massive Chechen diaspora, like any other, has brought forth story after story of success, of rapid integration and self-realisation, and of talents blossoming when opportunities are made available.

Most live more modest lives, struggling a bit and not entirely fulfilled, but tranquil and safe, and with the hope that their children at least will attain a more complete form of normality.

But there is a darker side. By that I emphatically do not mean the threat of terrorism, because even after Boston, nothing indicates that it is higher among this particular group of exiles than any other.

I mean instead the transfer of social practices, values and beliefs that are setting too many young Chechens up for clashes with their host communities, for failure and frustration, for alienation, and much too often, for lives damaged beyond redemption by self-destructive conduct.

The social practices and beliefs I refer to are in part related to something that is easy enough to grasp –exaggerated masculinity, the way a “real man”, a “real Chechen”, has to conduct himself, and the treatment he is entitled to expect from others.

The other element is just as essential, but somewhat more complex – it is the decentralised, personalised system through which Chechen society enforces its customary norms.

Every man and the clan he belongs to are judge, jury and executioner of their own affairs. Individuals are only protected against abuse by the implicit guarantee that male relatives, and if need be the entire clan, will avenge them.

Outsiders, who do not have a clan standing behind them, are fair game, to be assaulted and abused with little consequence. This model means that any “real man” will be measured by how credibly he can project fear and violence.

The combination of these two strains is toxic for the successful integration of many young Chechen men, primarily in Europe, where their large numbers mean they live in compact communities within which their imported beliefs are constantly reinforced.

A boy growing up at home or in exile will hear his elders speak, mindlessly, thoughtlessly and constantly, about what a Chechen man should be and what he should do. He should be strong; he should get respect from everyone and tolerate no slights; he should control “his” women or else lose his honour; he must build a house, plant a tree, have a son. And he should drive a big car and display his wealth. He has to be better than everyone else.

“Respect” here means something rather different from the egalitarian politeness that everyone in the West is supposed to show everyone else. For a man, it means admiration, deference and obedience from those lesser than him, like women or young people, and careful tiptoeing around him by his peers.

When girls in a classroom do not shut up when a Chechen boy speaks, or when the teacher does not rise to stand when his father enters the room, a boy might feel that the natural order has been offended, and this could anger him.

If a recently arrived refugee, barely speaking the language and with no marketable skills, finds that the coveted house and car are still elusive year after year, that he cannot start a family and take care of his parents – just as he has heard all his life that a Chechen man should – he might feel that something he’s entitled to is being unfairly denied him by a foreign society that does not appreciate his worth. He might try a shortcut – crime or gambling. More frustration and failure ensues.

There is a striking, if obscure, statistic about Chechens in Europe, from the country with the largest refugee community from this group, Austria.

According to a 2011 response that the Austrian interior ministry gave to a parliamentary inquiry, 1,681 asylum-seekers of Russian nationality were suspects in one or more criminal investigation in 2010. At that time, around 90 per cent of such asylum-seekers hailed from Chechnya.

People are classified as asylum-seekers only for a period after they arrive. At that point in Austria, it was no more than one or two years. But even if we generously assume that “asylum-seekers” refers to all arrivals in the previous three years – 9,317 people –that means a whopping 18 per cent of them had managed to become crime suspects in three years or less of living in Austria.

These staggering rates do not just give Chechens a bad name among the police and in the tabloid press. A criminal conviction also has the most grievous consequences for the young migrant himself. He will find it almost impossible to find an apprenticeship or a job, and he will never be able to become an Austrian citizen.

A few years ago, in Margareten, a quiet, slightly run-down part of central Vienna, a gang of school-age Chechen boys was detained after terrorising the neighbourhood by robbing people of cash and mobile phones at knifepoint.

Or, as a member of the same dislocated generation put it in an online discussion after a large group of young Chechens staged a well-organised assault on a night club in Belgium, “We just have to give a good beating to those Arabs and others here right at the get-go, so that from now on they will fear and respect us.”

I have met Chechen migrant families who instinctively switch gear once they are abroad, who understand that passing these messages on to their children will do them no good in their new homes. But they are probably in the minority.

We can still only speculate what family life was like for the Tsarnaevs, despite the intrusive media coverage. But everyone seems to agree that Tamerlan Tsarnaev, the mastermind of the attack, was driven by a profound sense of alienation and anger so roiling that he was prone to violent outbursts at home and even at the mosque.

We also know that his family belittled or turned a blind eye to his run-ins with the law. They seem to have cultivated a strong sense of materialism and laid down physical strength as the path to success and “respect”, thus setting up the young man for feelings of inadequacy and of being cheated when his boxing career did not go as planned.

There are likely hundreds, thousands even, of young Chechen males in the diaspora who fit a similar profile to that of Tamerlan Tsarnaev, down to the stalled boxing career. Unable to reconcile the pressures and beliefs instilled at home with their new surroundings, frustrated by futile attempts to prove themselves real Chechen men, they may be drawn either to dead-end shortcuts to success or to crash-course-style radicalisation because that gives them permission to feel superior and to rage at others.

But just fitting that profile does not mean they will ever become violent, let alone carry out a terrorist act. Only a minority so small as to be statistically insignificant will do so – two brothers out of a diaspora of well over 100,000.

Singling out Chechens for ethnic profiling would be utterly counterproductive. Fortunately, there is no indication of this happening in the US or in other host countries.

In our network, we are mainly drawing one conclusion from this case – let’s not ignore the sense of alienation in the community, let’s mentor the lost young men whom we encounter, and let’s talk about how boys are raised and socialised to become men, at home and in exile.

Almut Rochowanski is coordinator of the Chechnya Advocacy Network.