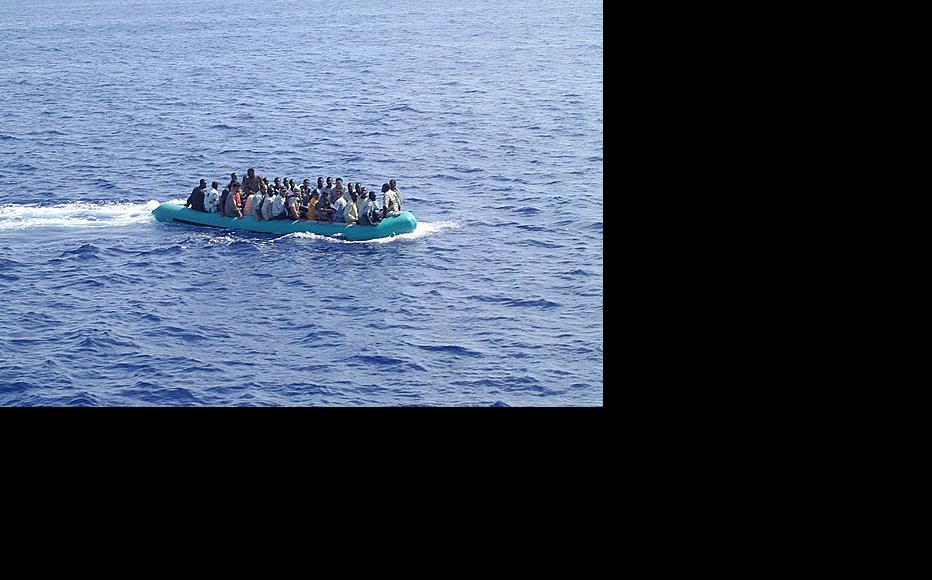 A boat carrying migrants heads for Lampedusa. (Photo: Micniosi/Wikimedia)
The link has been copied

Three years ago, under cover of darkness, Ahmed Saidi walked along a track to a small hill somewhere on the coastline of the Zarzis region of southeastern Tunisia, to wait silently for a signal from a people-smuggler.

When the signal came, he ran towards a previously-agreed spot to find 15 people and a captain waiting to board a small boat barely fit for ten. Their destination was Lampedusa, the Italian island closest to Tunisia.

Neither Ahmed, 21, nor any of the others has been seen since.

Ahmed’s mother is still trying to get information about what happened to him – her only son – from the people-smuggler, who she sees driving his car around town, and who refuses to answer her questions.

She says her son “was always complaining about how hard it was to get a job in Tunisia”. She knew he was visiting a café in Zarzis where sailors met, but she thought “he had decided to go to sea, not that he was planning a one-way voyage”.

“My son borrowed 1,000 Tunisian dinars [800 US dollars] from his uncle without telling him why he needed the money,” she said. “He came to me one afternoon and told me he was going to Italy. I thought he was joking, but he was serious and asked me to pray for him. Neither my prayers nor my tears dissuaded him from going.

“Later, I heard that a boat carrying 15 young people Ahmed’s age had sunk just a few kilometres off the Tunisian coast. The coast guards didn’t find the bodies.”

Ahmed’s mother, who is 50 and seemingly in poor health, continued, “I asked about the smuggler with whom my son concluded the deal – people had seen my son give him the money and go to the boat with him – but he denied any responsibility. He just turned away from me and insulted me. He told me to look after my children and family instead of harassing him. I have no evidence against him. No one can ever relieve my broken heart.”

Ayman Nasseer’s last words to his father as he said goodbye to him on the phone were, “Dad, I have no future here.” The boat he was on had already left the port of Sfax, and a few hours later he became another statistic added to the list of missing people.

Belkacem Nasseer, 50, said his son decided to emigrate illegally after realising he could not make a living in Tunisia.

“My son was 22,” he said. “He was unemployed. I didn’t know he intended to migrate, otherwise I would have stopped him. I heard the news, but it was too late. When I called him he was out to sea, and a few hours later I knew he was missing.”

As tears flooded his eyes, Naseer said, “My son was dreaming of a better future, but failed to find a job so he could have a decent life. His dream ended before it even started, and Lampedusa was no salvation.”

“In recent months, the numbers have gone down, but I still see boats from time to time,” he continued. “The smugglers’ boats usually head towards the Italian island of Lampedusa, halfway between Zarzis and mainland Italy.”

He added that the boats stood out because “they are old and have great difficulty sailing. And they are clearly overloaded.”

Official reports by governments and organisations concerned with the flow of illegal migrants indicate that more than 30,000 Tunisians have arrived in Lampedusa since the January 2011 revolution.

About a month after the uprising began, the United Nations High Commissioner for Refugees called on European countries to help address the needs of migrants landing in Lampedusa. As the nearest European island to North Africa, it is the ideal destination for migrants from the Maghreb.

With such large numbers of illegal immigrants, the Italian authorities found themselves facing an unprecedented challenge.

On July 8 this year, Pope Francis I visited Lampedusa and called on the international community not to ignore the plight of migrants. He threw a wreath into the sea to commemorate those who had died trying to reach the island, and urged people to empathise with immigrants and treat them mercifully.

He also denounced “those who take advantage of their situation in order to make profits”.

The number of immigrants on Lampedusa is now several times that of the local population, estimated at 6,000. According to the United Nations, more than 8,400 immigrants from Libya, Tunisia, Somalia, Ethiopia and Eritrea landed in Italy and Malta during the first six months of 2013.

A study conducted by the Tunisian Forum for Social and Economic Rights suggests that nearly 40,000 people have left the country by illegal means over the past two years, and that of that number, some 5,400 have drowned.

According to the study, some 24 per cent of migrants are students. Eleven per cent are aged between 15 and 19, 36 per cent are 20 to 24 years old, 37 per cent between 25 and 29, 12 per cent are aged 30 to 34, and only two per cent are over the age of 40. The majority come from the poorest, most marginalised and overcrowded neighbourhoods. Many are from Sidi Bouzid, Kasserine, Kairouan and Gafsa.

At the same time, the study also pointed to an 11.5 per cent fall in the number of illegal migrants over the last two years, the result of what it said was efforts by the Tunisian authorities to curb the phenomenon.

According to Tunisian lawyer Slaheddine Chaïeb, tougher sentences were introduced for anyone involved in running illegal migration schemes. They can be imprisoned for up to 20 years, and fined up to about 100,000 dinars (83,000 dollars).

“The legislation allows courts to place criminals under house arrest, or to bar them from living in designated areas, if these locations are conducive to engaging directly in illegal [trafficking],” Chaïeb said.

People caught trafficking migrants can be exempted from punishment if they cooperate with the authorities and provide information leading to the arrest of others.

Abdessatar Sahbani, a sociologist, says that illegal migrants tend to travel as individuals, rather than whole families or other groups, and are generally aged between 19 and 35. Most are men, although Sahbani believes there are signs that women may start joining the exodus.

“Poverty and lack of opportunity are the factors that lead young Tunisians to succumb to the call of the sea and risk their lives,” he said.

When people do make it to Europe, he says, their ties with home often break down.

“Most of the illegal migrants’ sense of belonging decreases,” he said. “Some even change their names once they manage to get to a European country, and work hard to hide their connection with their original homeland.”

Economist Salah Dhehibi warns that migration is a serious issue affecting most developing countries. The causes, he says, lie mainly in “the failure of these countries to provide their citizens with jobs so that they can have decent lives. These countries are sometimes facing difficult economic conditions and social and ideological pressures. Tunisia is no exception.”

Dhehibi says this kind of outflow of labour is damaging for any economy.

“A significant proportion of these illegal migrants are elite, skilled workers who were trained in areas that are needed in their own countries,” he explained.

Illegal immigration from Tunisia is also damaging for the country’s reputation, according to Aymen Brahmi, a political analyst and expert in international relations.

“The growing phenomenon of illegal migration creates a negative image of Tunisia from the international viewpoint,” he said, adding, “A rise in emigration from any country is seen internationally as an indication that it cannot provide favourable conditions for its citizens, secure its borders or control its ports. Certain international institutions use factors like rising in migration when they rate countries, and that could lead to Tunisia’s rating being reduced.”

These factors are of little account to Tunisians waiting for their turn to board a smuggler’s boats and head off for what they hope are better opportunities abroad. The few stories of successful emigrants capture their interest and imagination far more than the thousands of tales of failure, where people are living in refugee camps, held behind bars in Europe, or lying at the bottom of the sea.

Monia Abdeljaoued produced this story after attending an IWPR training workshop in Tunis in September 2013.

Tunisia
Humanitarian crisis
Connect with us