Craftsmen are committed to keep their traditional skills alive.

Craftsmen are committed to keep their traditional skills alive. 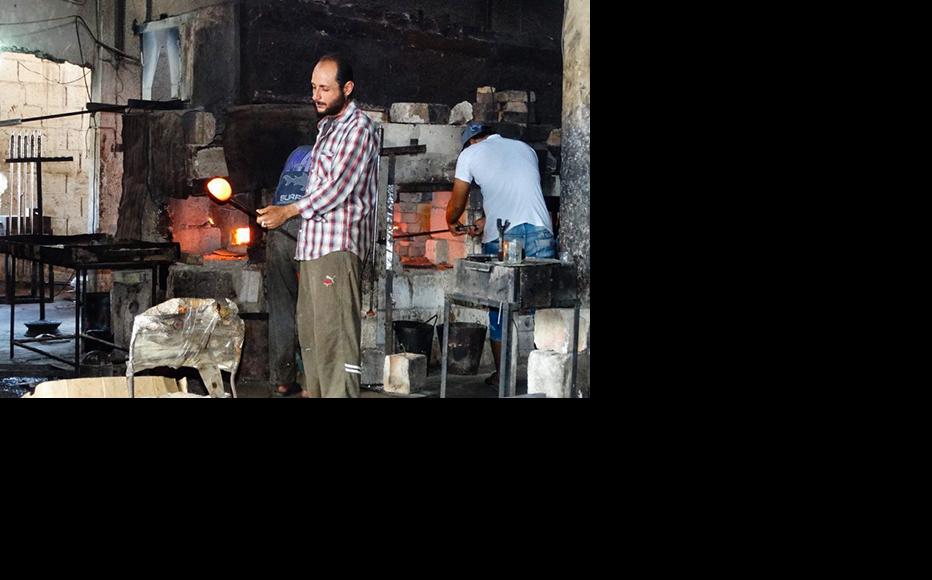 Heating the broken glass for an hour in the oven on a high temperature. (Photo: Sonia al-Ali) 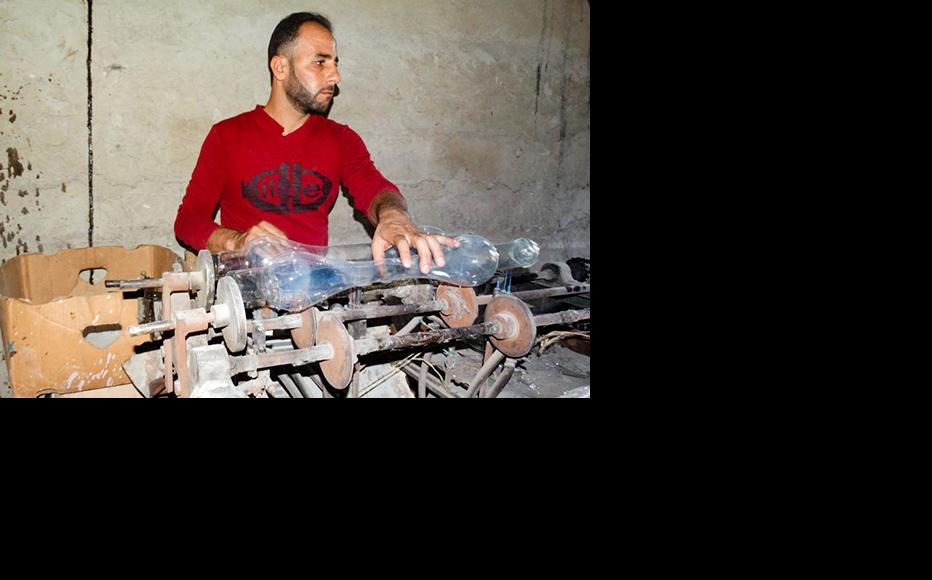 Cooling the piece and shaping it. (Photo: Sonia al-Ali) 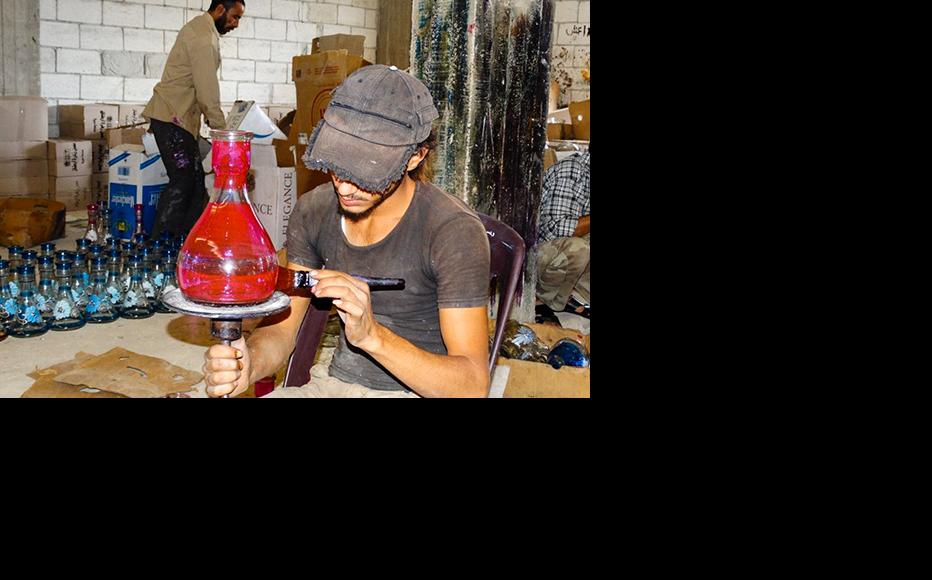 The process of colouring the glass. (Photo: Sonia al-Ali) 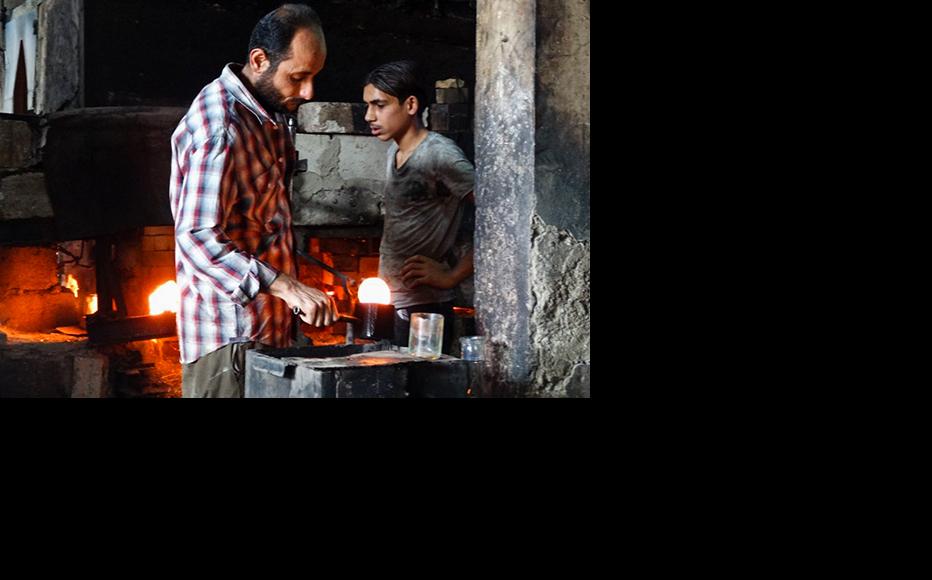 Extracting the molten glass and putting it on the tip of a hollow tube. (Photo: Sonia al-Ali) 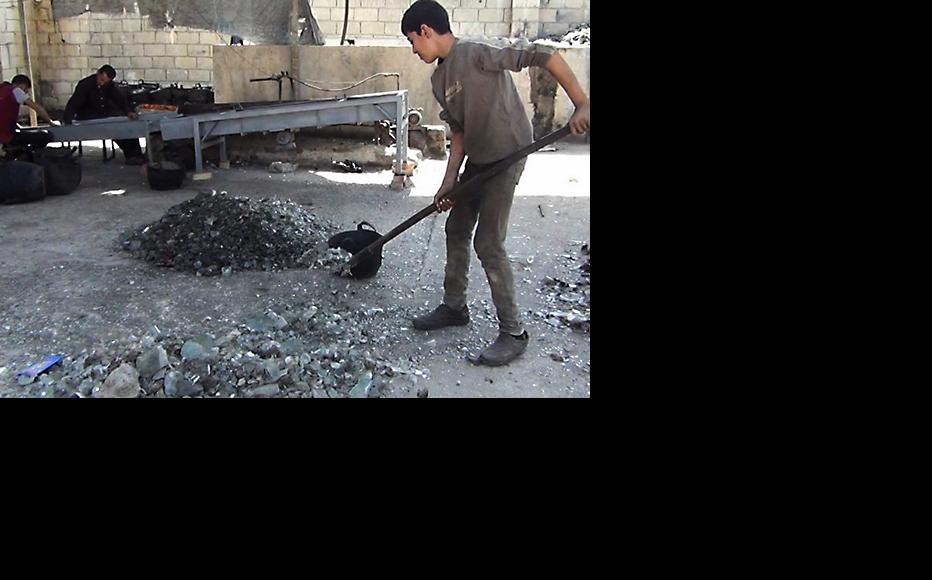 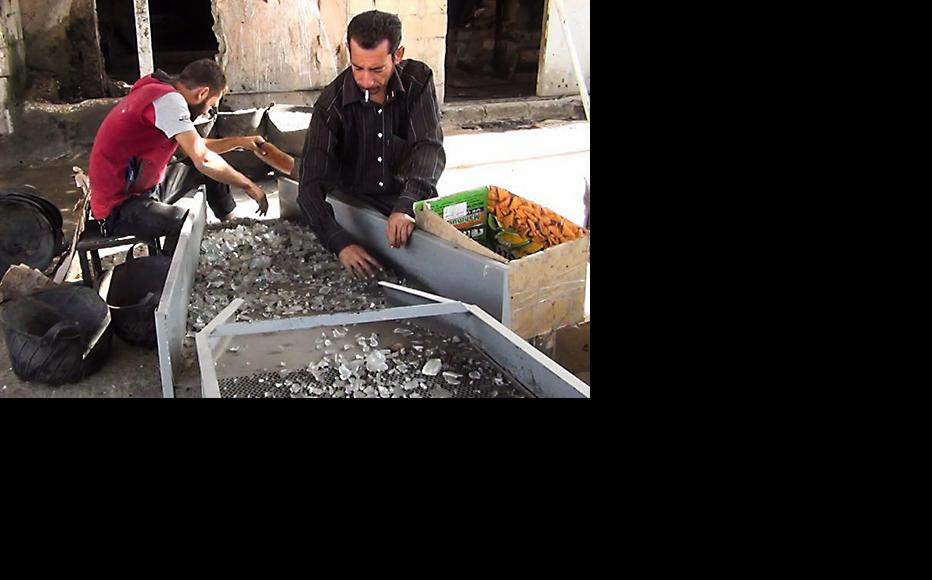 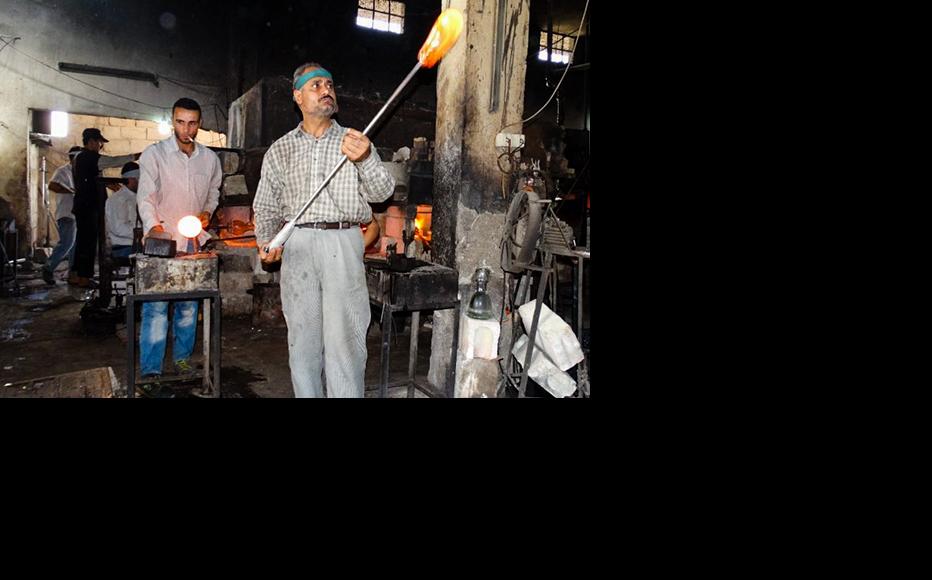 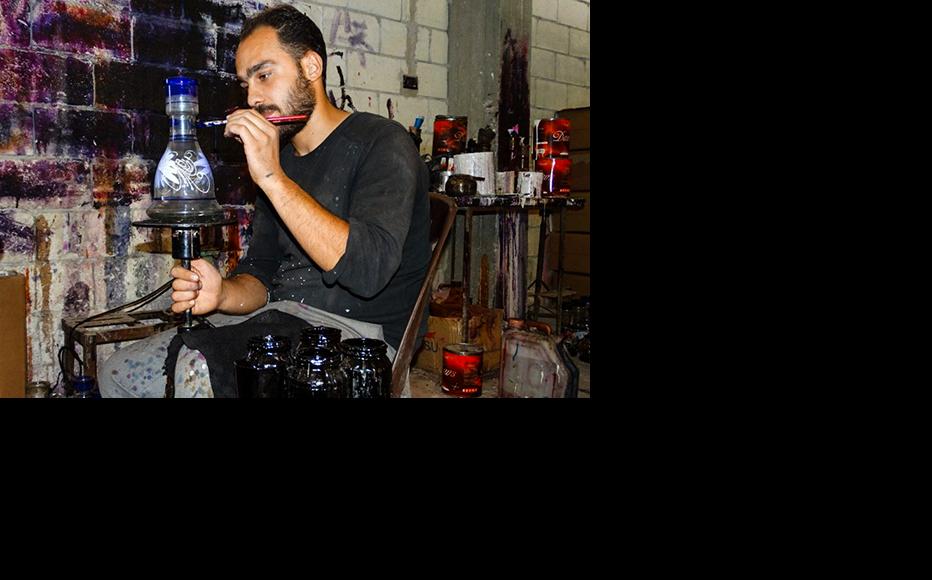 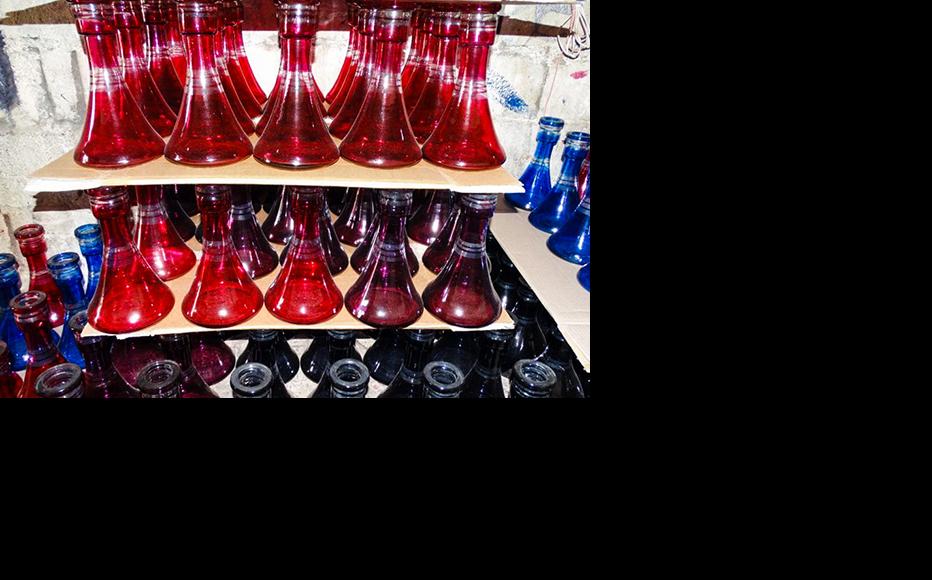 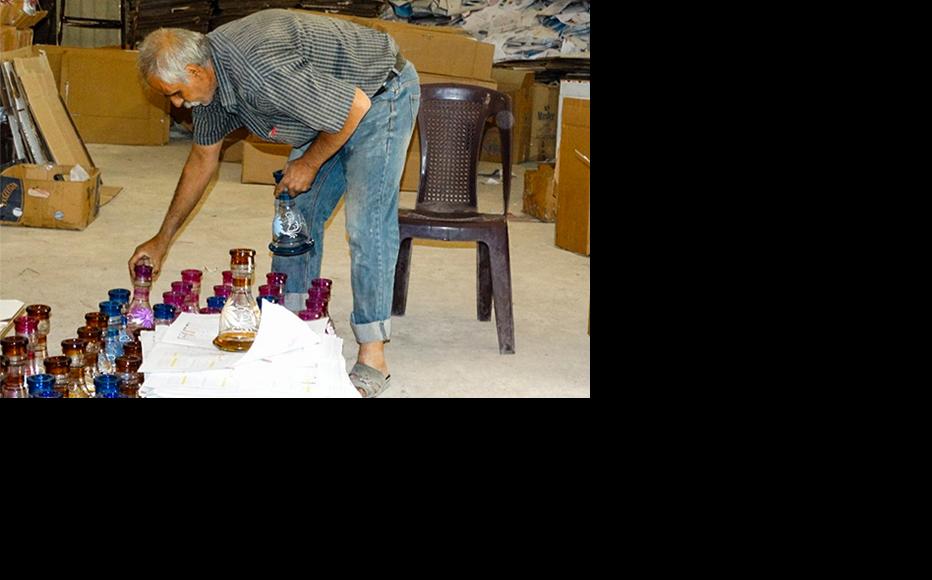 Abu Khaled examining the production. (Photo: Sonia al-Ali)
The link has been copied

According to legend, the city of Armanaz is where the Canaanites founded the glass industry many thousands of years ago. Glass production, decorated with inscriptions, is considered to be one of Idlib’s oldest handicrafts.

But the war has left its mark on the industry and led to its decline, according to Abu Khaled, who owns an Armanaz glass factory.

“I have been working in this business for 20 years, I inherited it from my parents and grandparents,” he said. “Our work was based on the manufacture and export of handmade oriental vessels to the world, but today we are limited to the local market. The power cuts have also affected our work and the prices of fuel and basic raw materials have reached an unprecedented level, as well as the migration of skilled labour.”

But Abu Khaled maintains that this industry is the pride of Syrians and part of their country’s identity and history. He is committed, together with his fellow glass producers, to carry on manufacturing and improving their goods so that Idlib remains the leader in this industry.