From Idlib to Aleppo

A journey filled with bribes and interrogations.

From Idlib to Aleppo

A journey filled with bribes and interrogations. 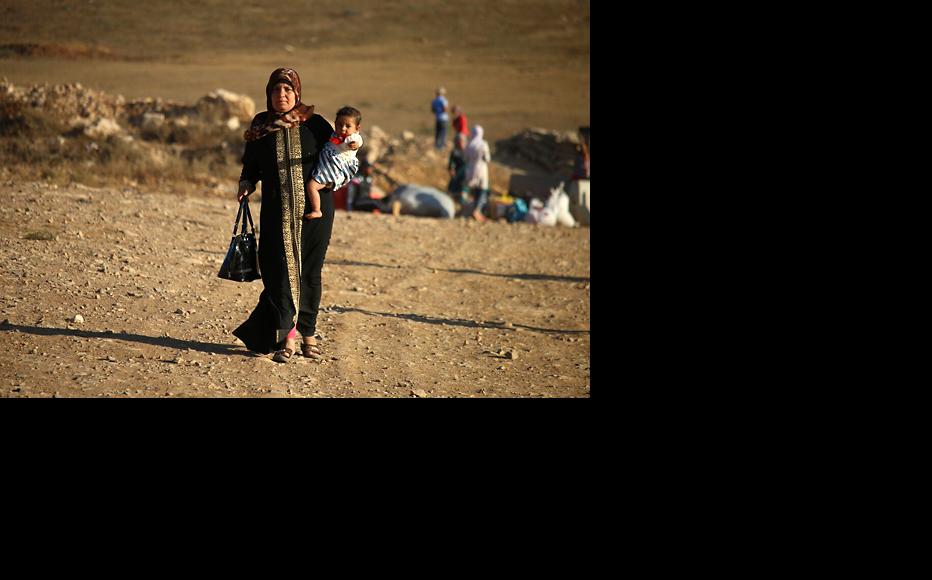 A woman returning to Syria from Jordan. (Photo: Mohammad Aba Zeid)
The link has been copied

On May 17, 2017, when the truce came into effect in Idlib, I decided to take my son and go to Aleppo to obtain passports in the hope we could manage to leave the country and emigrate to Europe.

We left Idlib that Wednesday at dawn. My mother came with us as she was afraid I would be detained.

“If you get arrested, God forbid, I can inform your father and husband so they can act accordingly,” she said.

We waited at the bus station in Kfar Nabel for about an hour until all the passengers arrived. They were all women and children. We paid the fees in advance as we dreaded facing any misadventure on the road. These fees amounted to 14,000 Syrian pounds (27 US dollars).

The bus began its journey, driving until Saraqeb where we stopped at the first al-Nusra checkpoint.

“If you are asked about your destination, you should answer that it’s to Atama village at the borders,” the driver told us.

If they knew that we were going to areas controlled by the regime, they would have ordered us to go back to where we came from.

After crossing that checkpoint, we left the territory ruled by al-Nusra and entered the area controlled by the Noureddin al-Zinki movement, including the cities of Kfarnaha, Anjara and Qobtan al-Jabal.

We stopped at another checkpoint. All the driver had to do was to shake the hand of the guard and give him 500 Syrian pounds.

The guard then said, “Where are you heading? What do you have in the suitcases on the roof?”

The driver replied, “There are only clothes and provisions for the women.”

The driver ignored the first question, and the guard, having been bribed, ignored his lack of response.

We were stopped at the Kurdish militia checkpoint. They opened the vehicle door, and the armed Kurdish guard asked a boy sitting next to it with his mother, “Which one do you like? The opposition, the regime, or the PKK?”

The child answered, “I love God.”

The guard collected and examined our ID cards, before closing the door. At this point I began to get a bit scared.

The guard said that we could only continue if we were escorted. That meant that we had to wait until 15 vehicles heading towards Aleppo arrived, and then we were all escorted by motorcycles and small lorries belonging to the Kurds. All vehicles travelled in a convoy, and no change of direction was allowed. In the event any vehicle changed its path, it would be shot at immediately.

As part of the convoy, we went through the villages of al-Ghazzawiya, Basouta, Brad, Kbashin and Kimar until we reached a joint regime and Hezbollah checkpoint, with another separate Russian army checkpoint at the northern entrance to Aleppo.

The handshaking process with the guards at the checkpoints became routine, with each exchange involving amounts of between 200 and 500 Syrian pounds. They examined our ID cards and asked us about where we were from, and what life was like living under terrorist rule.

The driver kept his answers vague to avoid showing any bias.

“I buy a litre of gasoline for 400 Syrian pounds,” was all he said. The armed guard laughed.

We entered Aleppo city, where there were many more checkpoints.

“Who has change for 100 or 200 pounds, because every checkpoint requires a bribe,” the driver asked us.
In fact, even the traffic policeman we encountered took a bribe, without even bothering to suggest we might have committed a violation. Bribing had become the norm.

We arrived at the house we had left six years ago. It was three pm. It had taken us ten hours to get there, whereas the normal time required to drive such a distance was less than an hour. I was not exhausted, though; I was happy to finally get to the city where I had grown up in peace and safety.

“Let’s go to the market and buy some food,” my mother said.

At Bab al-Faraj market, in front of the bakery where many people stood in line, I saw a 12 year-old girl. She was wearing a nightgown. I thought she was there to beg and that she was so poor she had nothing else to wear.

I approached her to give her some money, but she evaded me. I insisted on talking to her so she said, “I have no interest in talking to you, leave me alone.”

That made me even more curious to understand what she meant. Was it possible – had I guessed right? Well, yes. That girl was actually engaged in prostitution for 2,000 Syrian pounds and a meal. The meal was actually the main condition for accepting the client.

Her father and mother had put her in this business after fleeing eastern Aleppo. As I continued my shopping, I noticed many other girls like her. The scene seemed normal to passersby here

Hiba al-Abboud, 24, works in media at Radio Fresh. She was forced to abandon her studies in Arabic literature at Damascus university because of the revolution.

Speaking Out: Women's Voices from Syria
Syria
Internally displaced, Women
Connect with us