Trial of Kenyan deputy president hears of 2007 tensions in the run-up to violence.

Trial of Kenyan deputy president hears of 2007 tensions in the run-up to violence. 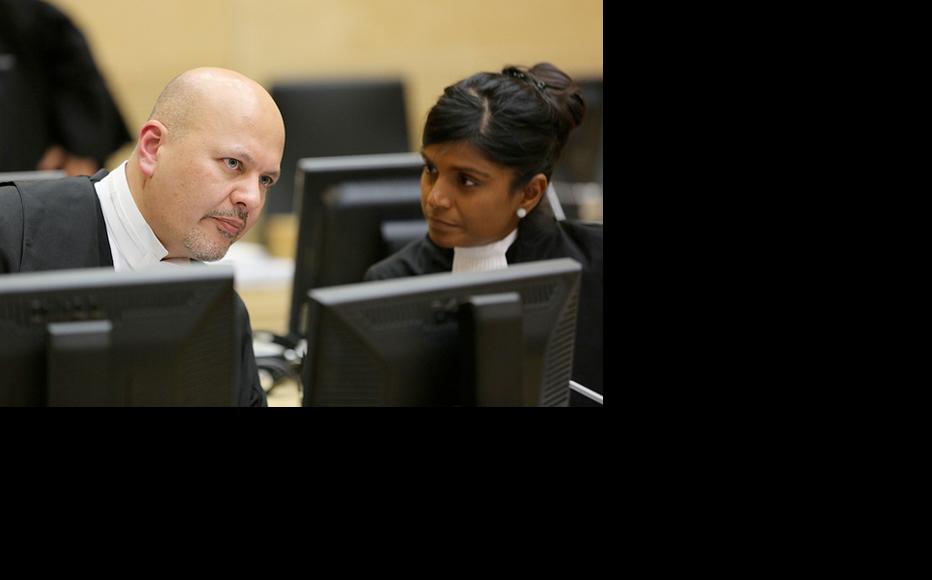 William Ruto's lawyers Karim Khan and Shyamala Alagendra consult during proceedings against their client. (Photo: ICC-CPI/Flickr)
The link has been copied

A prosecution witness told judges at the International Criminal Court (ICC) this week how supporters of the Party of National Unity (PNU) in Kenya were threatened by ethnic Kalenjin ahead of the country’s 2007 presidential election.

The protected witness, known only as PO-613, was testifying against Kenya’s deputy president, William Ruto, and former broadcaster Joshua Arap Sang. Both men are charged in relation to the unrest that hit Kenya following a disputed presidential election in December 2007.

At the time Ruto was deputy leader of the opposition party, the Orange Democratic Movement (ODM). Sang had his own radio programme at a Kalenjin-language station called Kass FM.

Political violence between PNU and ODM supporters quickly took on an ethnic dimension. Members of the Kikuyu ethnic group largely backed the PNU in the election, while Kalenjin, Luo, and Luhya votes mostly went to the ODM.

This witness was the 19th to testify for the prosecution since the trial began in September last year.

In response to questions from prosecution lawyer Lucio Garcia, witness PO-613 described a PNU rally which she attended in November 2007 near the town of Eldoret in the Rift Valley.

“As I was entering at the rally, I managed to see Kalenjin youth who were ODM supporters entering the ground with stones,” she said. “They were disturbing the rally.”

She explained that she could tell by the language they were speaking that the young people were Kalenjin.

The people they targeted ran away from the rally, she added.

The witness said it was not unusual for PNU events held in this area – which is predominantly inhabited by Kalenjins – to be disrupted by young ODM supporters from this group.

She went on to describe how other PNU rallies had been cut short by the arrival of Kalenjin.

The witness told the court that young Kalenjin did not want PNU supporters in their constituency, Eldoret North. She said they threatened PNU supporters and told them to return to Othaya, a town associated with ex-Kenyan president Mwai Kibaki, who is Kikuyu.

“They were informing us that we would go to Kibaki’s home, and it was like threatening PNU supporters in the area,” she said.

The witness also described attending one of a series of rallies that Ruto held at his home in Sugoi in the Rift Valley. The witness could not remember the exact date that the Sugoi meeting took place, but said it could have been November 14, 2007.

She said two tents were set up at Ruto’s home, one hosting high-profile guests including Ruto and the other for the women who had been invited, including the witness. Among the guests that day were local leaders, councillors, legislators and female representatives in Eldoret North. Most were Kalenjin, but the witness said Luo, Luyha, and Kikuyu people were also present.

The witness went on to describe how on December 31 2007, she saw two groups of Kalenjin youths coming from Sugoi and heading for the town of Turbo. She said she knew they were Kalenjin because they let out the distinctive screams normally made during ritual events.

There were between 50 and 100 youths, dressed in ordinary clothing, PO-613 continued. She said between three and five houses were burnt down that day.

The following day, she said, she witnessed more houses on fire in Turbo, and the arson attacks continued for at least five days. She estimated that more than 50 structures were set on fire, including shopping centres, businesses and houses belonging to Kikuyus.

“And who was burning these houses, witness?” Garcia asked.

“I didn’t see anyone, but I know houses were burnt and I assume it was the Kalenjin youths,” she replied.

Under cross-examination by Ruto’s lawyers, PO-613 said she was acquainted with two individuals – William Rono and David Koros – who had sourced witnesses for the ICC as well as for the government-appointed Commission of Inquiry into the Post-Election Violence (CIPEV).

Ruto’s lawyer, Shyamala Alagendra, put it to her that four senior government officials provided witnesses to give false evidence to the CIPEV in order to implicate Ruto and the ODM in the violence.

The officials she mentioned were Mutea Iringo, then deputy permanent secretary in the ministry of internal security, Nancy Gitau, director of political affairs in the office of former president Kibaki, Stephen Tarus, a former assistant defence minister who was then a parliamentarian, and former justice minister Martha Karua.

The witness could not confirm the defence’s assertions. “I didn’t hear that,” she said.