Prosecutor exercises power to initiate his own investigations.

Prosecutor exercises power to initiate his own investigations. 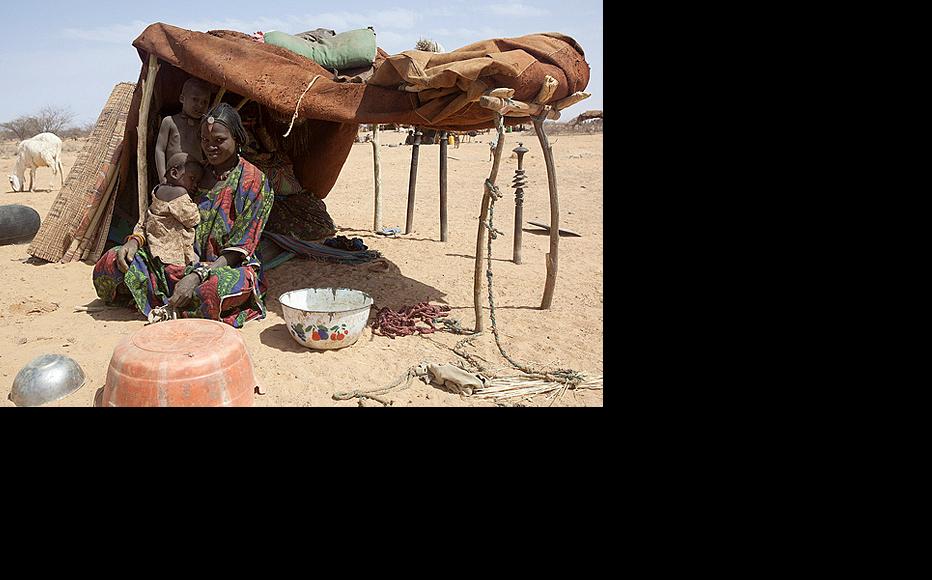 A Malian refugee who fled to northern Niger: the ICC is set to probe the recent fighting in northern Mali. (Photo: UNHCR/H. Caux)
The link has been copied

The prosecutor of the International Criminal Court, ICC, has turned his attention to Mali, where he will look into a spate of recent atrocities, using special powers that allow him to launch an investigation on his own initiative.

Analysts have largely welcomed Prosecutor Luis Moreno-Ocampo’s move to investigate the situation in Mali, and believe it could help deter further crimes in the country. But the prosecutor’s power to initiate an investigation without a referral from the United Nations Security Council or from an ICC member state known as "proprio motu", Latin for “on his own impulse”, is under scrutiny since his first full-scale probe, in Kenya, has met with resistance and limited cooperation from that country's government.

In a statement released on April 24, the ICC's Office of the Prosecutor, OTP, announced that it was looking into the possibility that war crimes, crimes against humanity and genocide had been taking place in Mali.

The prosecutor’s concerns stem from the violence that swept the country at the beginning of the year, as a Tuareg rebel group launched an uprising in the north, leading to clashes also involving Arab and Islamist militias. A military coup in March left Mali in chaos, with the north of the country outside effective government control.

If the ICC’s prosecutor is to move to a full investigation in Mali, there may be valuable lessons to be learnt from the OTP’s experience in Kenya.

In that case, the prosecutor chose to invoke his proprio motu powers rather than wait for a referral from the Kenyan state following the violence that erupted after a disputed presidential election in late 2007.

He has only succeeded in getting the charges against four of the original six indictees upheld. As soon as the six suspects charged, a debate began within the country over whether Kenya should leave the ICC. It ultimately chose to remain a signatory to the court’s founding treaty, the Rome Statute, but its stance has soured the government’s relationship with the court.

Thomas Obel Hansen, an assistant professor of international law at the United States International University in Nairobi, remains pessimistic about the prospects of international justice in Kenya, and points out that the country is paving the way for non-cooperation by others.

“In legal terms, the Kenyan government can’t do anything more about the ICC investigation, and so they are trying to create ‘noise’ around the investigation,” he said. “The latest example of this is to persuade other African countries, including Uganda and Tanzania, to get onboard with the initiative of a regional court that can try international crimes.”

Hansen believes that allowing this lack of cooperation to continue would set a worrying precedent.

“The best way forward would be for donors [to] make it clear to the government that non-cooperation with the ICC would have serious consequences,” said Hansen. “Once they realise they will be hit in the wallet, the political elite might be willing to sacrifice [Uhuru] Kenyatta and other suspects.”

On the other hand, the very fact that the prosecutor’s proprio motu investigation has caused so many waves in Kenya may enhance the ICC’s reputation and leverage.

“If the prosecutor had gone through his entire tenure without having opened his own investigation, I think that would have sent out a very bad message,” Kevin Jon Heller, a senior lecturer at Melbourne Law School in Australia, said. “I think that the prosecutor wanted to make it clear that he is prepared to launch investigations on his own when he feels it’s necessary.

While the ICC’s deterrent effect remained “an open question”, Heller said, it was certainly essential for would-be perpetrators to realise that the prosecutor might turn his attention to them.

Corinne Dufka, a senior researcher with the advocacy group, Human Rights Watch, has been following the situation in Mali closely, and welcomes the OTP’s announcement.

Human Rights Watch published a report at the end of April, based on first-hand testimony from witnesses to the violence, which argues that armed groups in the north have committed war crimes, including rape and the use of child soldiers, although Dufka acknowledges that it iuis hard to assess the scale of these abuses.

“While the violations we and others are documenting in Mali are likely not widespread, they are nevertheless extremely worrying,” she said. “Numerous factors suggest the rights environment for civilians could markedly deteriorate – the proliferation and cross-border movement of weapons and armed combatants, the political crisis and attendant abuses of power in the south, and the potential engagement of civilian militia groups responsible for atrocities in past Tuareg rebellions.

“The ICC is right to signal its concern early on.”

The prosecutor has taken steps to assess the gravity of abuses reported in other parts of the world, including, Afghanistan, Colombia, Georgia, Guinea and Honduras, but has not proceeded to the point of requesting judges to authorise a formal investigation. He has also launched an investigation in Côte d’Ivoire which has accepted ICC jurisdiction to address alleged crimes, even though it is not a Rome Statute signatory. The ICC has since brought charges against former president Laurent Gbagbo.

The Mali probe is only at the initial fact-finding stage, and some say that the investigation may never proceed any further.

But observers say that is not the point – simply by announcing its intention to consider a proprio motu investigation, the OTP is sending a strong signal to the perpetrators of violence that they could end up on trial in The Hague if abuses continue.

“The announcement by the ICC is something we are seeing more and more frequently,” Gilles Yabi, West Africa project director for the International Crisis Group, said. “Basically, instead of opening a formal investigation, the ICC issues a statement that they are watching a particular country where human rights violations are reported to be taking place, as a way to try to influence those who are committing these atrocities.”

Dufka, who has spent time in Mali talking to people on the ground, says there is evidence that the ICC’s announcement may be influencing the Tuareg separatist National Movement for the Liberation of Azawad, known by its French acronym MNLA.

“The jury is still out on the extent to which this may translate into them introducing better systems of discipline and control into their ranks, but there is good evidence that the ICC does at least feature on their radar,” she said.

The MNLA is not the only rebel force in the north, and others may be less susceptible to ICC warnings.

“The ICC’s announcement is very important for the MNLA, which has a clear political agenda and wants to be seen as a serious organisation that is not involved in any radical Islamic movement,” said Yabi. “But more extremist groups active in northern Mali are less likely to pay much attention to the ICC.”

The most significant of these is the Islamist group Ansar Dine, which is accused of having links to al-Qaeda cells in North Africa.

CONTROVERSY OVER POWERS TO INITIATE PROBE

For many, Kenya showed that the prosecutor was serious about using his proprio motu powers when the need arose.

The right was included in the Rome Statute only after heated debate. The United States, which ultimately did not sign up to the ICC, argued against investing this kind of authority in an international court without the safeguard of a UN Security Council referral. As a result, the prosecutor needs to secure approval from the ICC’s pre-trial chamber before opening a proprio motu investigation, which he does not have to do if the case is referred by a member state or the UN.

“Realistically, there was never going to be a situation where the power of proprio motu wasn’t included in the Rome Statute,” Heller said. “So eventually the debate turned to the more intelligent question – assuming we give the prosecutor this power, how do we best ensure that decisions by the prosecutor are made intelligently?”

Some wonder whether pre-trial approval is sufficient as an institutional check. Both Heller and Hansen are concerned that the first use of proprio motu was in Africa, given that was already the focus of all cases before the ICC. Selecting a country on another continent would have broadened the ICC’s scope and could thus have given it more legitimacy.

“State parties failed to come up with any real guidance about how the prosecutor should deploy his powers of proprio motu,” said Hansen. “This has traditionally been viewed as an asset, because it’s seen as evidence that the prosecutor is truly independent. But the problem now is that this complete lack of guidance means the court is open to criticism almost everywhere it goes – ‘Why us and why not them?’”

At the moment, the only guidance for the use of the prosecutor’s powers is that they should be invoked for the most serious crimes.

“More guidance would certainly be an asset for the prosecutor, even though some may claim that this brings into question the OTP’s independence,” Hansen said.

Deciding whether one crime is more serious than another could be subjective. Questions have been asked as to whether the alleged crimes in the Kenyan case are serious enough to be brought before the ICC. During pre-trial proceedings, one of the court’s judges disagreed with his two fellow-judges, and argued that they were not. However, appeals judges have since rejected a formal challenge of the court’s jurisdiction in Kenya, filed by the four defendants.

Hansen sees the primary function of international justice as deterrence, and that means the ICC needs to be able to prioritise crimes in order to fulfil that function. Hence, he would like to see more consensus on the criteria for determining which crimes deserve the OTP’s attention, whether the measure used is the number of victims, the impact on society or some other factor.

Nonetheless, as Heller points out, opening the Kenyan case was a crucial step in promoting the ICC’s deterrent role, putting the court in a better position to consider investigations in other countries like Mali.

“Kenya marked a seachange [for the ICC] from just counting up the victims in a situation to a more qualitative understanding of the situational gravity," said Heller. "Some crimes are such a fundamental affront to the basic values of the international community that they need to be prosecuted, even if they don’t produce the number of victims.

“This sends out a message to perpetrators that you don’t need to leave hundreds of bodies in the wake. If you violate the fundamental rights and interests of the international community, then you will be investigated.”

Blake Evans-Pritchard is an IWPR trainer in The Hague.