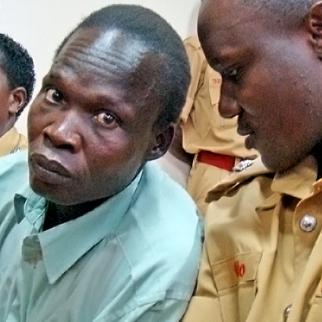 Thomas Kwoyelo at the start of his trial in Gulu high court. (Photo: Charles Akena/IRIN )

Granting of amnesty for alleged rebel commander may jeopardise other cases. 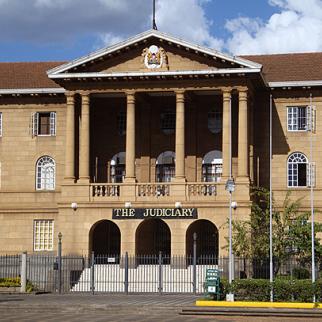 Crisis within judiciary holds up plans for international crimes unit. 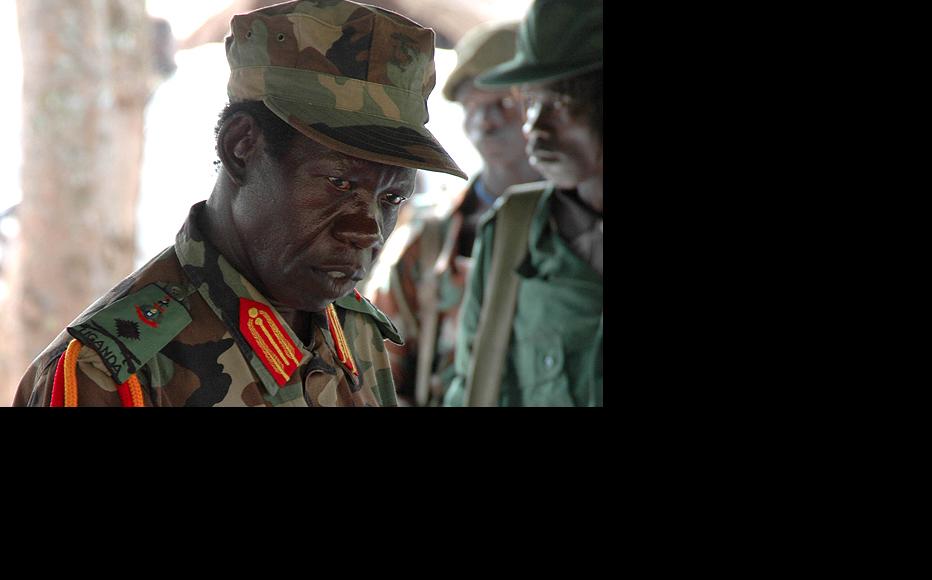 Vincent Otti, the late deputy leader of the Lord’s Resistance Army. Uganda has its own war crimes court but it only has a mandate to investigate one side of the LRA conflict. (Photo: Euan Denholm/IRIN)
The link has been copied

Legal experts say a key principle that seeks to encourage domestic prosecutions in place of or alongside trials at the International Criminal Court (ICC) in The Hague is simply not working.

The concept of “complementarity” is written into the ICC’s founding document, the Rome Statute, and envisages a system where the Hague court prosecutes those deemed most responsible for crimes in a given context, while cases against mid- and lower-level perpetrators are taken up by the local judiciary.

As a court of last resort, the ICC does not have primacy of jurisdiction over states, and it only steps in where a country is unable or unwilling to prosecute perpetrators of international-scale crimes – crimes against humanity, war crimes and genocide.

The court itself has repeatedly underlined the importance of local prosecutions to complement trials in The Hague, so that the system of international justice encompasses both the ICC and national courts.

“The Rome [Statute] system embraces not just this court we have at The Hague, but the entire judicial apparatus of all the countries that are parties to the Rome Statute,” James Stewart, the ICC’s deputy prosecutor, told IWPR. “Developing that capacity is going to be critical to the future.”

The ICC is currently conducting investigations in eight countries, all of them in Africa – Uganda, Sudan, the Central African Republic, the Democratic Republic of Congo, Kenya, Libya, Ivory Coast and Mali.

Critics have long argued that cases in The Hague are processed far too slowly. But they say the record of countries launching their own prosecutions is even more lamentable.

According to Alex Whiting, a law professor at Harvard University and a former member of the ICC’s Office of the Prosecutor, “there is real cause to be concerned” because prosecutions at local level have barely got off the ground.

“I think it’s hard to be very encouraged on how we have done,” he said.

The consensus among experts is that local prosecutions offer a number of advantages over proceedings at the ICC.

Whiting points out that using a country’s domestic courts allows states to protect their sovereignty and grounds justice in the place where crimes occurred.

“[Trials] have more credibility if they are done at the national level,” he said. “Secondly, justice is also brought home to the victims, to the witnesses, to the survivors and to the country.”

“The evidence that is developed through those [local] prosecutions will be required for the prosecution of those senior people,” Whiting said. “That’s a very difficult leap to make if there are no broader investigations on the ground.”

Since the ICC issued its first arrest warrants in 2005, efforts to put the principle of complementarity into practice have had limited success.

In Uganda, the government has established an international division of the country’s high court to tackle atrocities committed during the 20-year insurgent war pursued by the Lord’s Resistance Army (LRA) in the north of the country.

The ICC has charged five senior LRA leaders with multiple counts of war crimes and crimes against humanity. But experts have a number of concerns about the local court, which only has a mandate to prosecute former rebels and cannot investigate other parties to the conflict, such as government troops.

So far, the international division has only brought charges against one former rebel, and this case was thrown out when judges decided that the defendant came under Uganda’s amnesty law.

In Libya, experts believe there is a genuine commitment from national authorities to prosecute two suspects who have been charged by the ICC. Although the ICC is still seeking to prosecute Saif al-Islam Gaddafi, judges in The Hague ruled in October that its case against former intelligence chief Abdullah al-Senussi should be tried by Libyan courts and not at the ICC. Libya, it ruled, is willing and able to try the case, although Senussi’s lawyers want him to be tried in The Hague and have appealed against the ICC’s decision.

However, some commentators say that institutional capacity issues and the volatile political environment in Libya could hamper a fair trial.

Mark Kersten, a PhD student researching justice processes in Libya at the London School of Economics, told IWPR that the country’s legal system was still far from established.

“The problem is that the country lacks many of the required institutions and regimes – not to mention political stability – to try [suspects] fairly and judiciously,” Kersten said.

Furthermore, the international community has paid less attention to developing the judicial system compared with other spheres in Libya.

In Kenya, the judiciary is in the process of establishing an International Crimes Division (ICD) of the country’s High Court. This comes after the Kenyan parliament twice rejected setting up a special tribunal to try crimes committed after a disputed presidential election six years ago.

President Uhuru Kenyatta and his deputy, William Ruto, are facing trial at the ICC in connection with the violence that hit large parts of Kenya, and former broadcaster Joshua Arap Sang is on trial alongside Ruto.

Kenya’s ICD will be able to conduct investigations under the International Crimes Act, a domestic version of the Rome Statute which became part of national legislation in 2009. But it is still unclear whether once the ICD is set up, it will investigate cases relating to the 2007-08 violence.

A few suspects have been prosecuted locally under domestic laws, but some commentators argue that a lot more should have been done in the last six years.

“It is a very small figure, and there doesn’t seem to be much success in that regard,” Whiting said.

Although there is a sense that complementarity is failing, it is unclear how the situation can be turned around. The ICC has neither the resources nor the mandate to investing in developing robust national courts.

“Countries, for obvious reasons of self-interest and self-protection, are going to be very slow to come around to prosecuting cases,” he added.

“The resources necessary for [criminal justice processes] are with the development agencies and the development partners,” he told a conference on the legacy of international courts, held in the German city of Nuremberg late last year. “But if we are to do the kind of things that are necessary to support domestic prosecutions, you will need witness protection programmes, court management systems, court buildings – you are going to need a lot of resources.”

Although the international community has been vocal in its support for the ICC, Tolbert regrets that it has not provided the technical and financial support needed to help countries develop their own court systems.

“States that want to see the fight against impunity succeed [will not do so] simply by supporting the ICC,” Tolbert said. “It is about supporting national prosecutors and investigators and the courts at the national level.”

He says that in practice it has been hard to bring development agencies together to discuss how to establish stronger local judicial systems.

“Getting development partners at the table is really a difficult proposition,” Tolbert said. “They think [criminal justice] will undermine other things they are doing in the country.”

Representatives of the international community have defended their efforts to support judicial institution-building.

Margit Hellwig-Boette, the former German ambassador to Kenya, told the conference in Nuremberg that there was no shortage of international support for local prosecutions in Kenya, but that a lack of political will from the country’s government had frustrated the process. She said building local capacity could take a long time, but it became impossible when there was no local cooperation.

“The case of Kenya shows that not only the European Union but others also [supported local trials],” Hellwig-Boette said. “We were not afraid of engaging with the judiciary, but there is a lack of political will from the Kenyan government. And this is exactly where I see the problem of complementarity.”

Whiting believes the international community can act at two levels simultaneously – applying pressure on recalcitrant states, while also providing the resources needed to deliver reforms. It comes down to priorities.

“When the international community puts criminal justice first, then it can achieve common justice,” he said. “When its put it second to national security or economic interests, then predictable results will follow.”