How TikTok is Giving Turkey’s Working Class a Voice

“I want to give the social message that everyone is equal, that’s the goal of my videos.”

How TikTok is Giving Turkey’s Working Class a Voice

“I want to give the social message that everyone is equal, that’s the goal of my videos.” 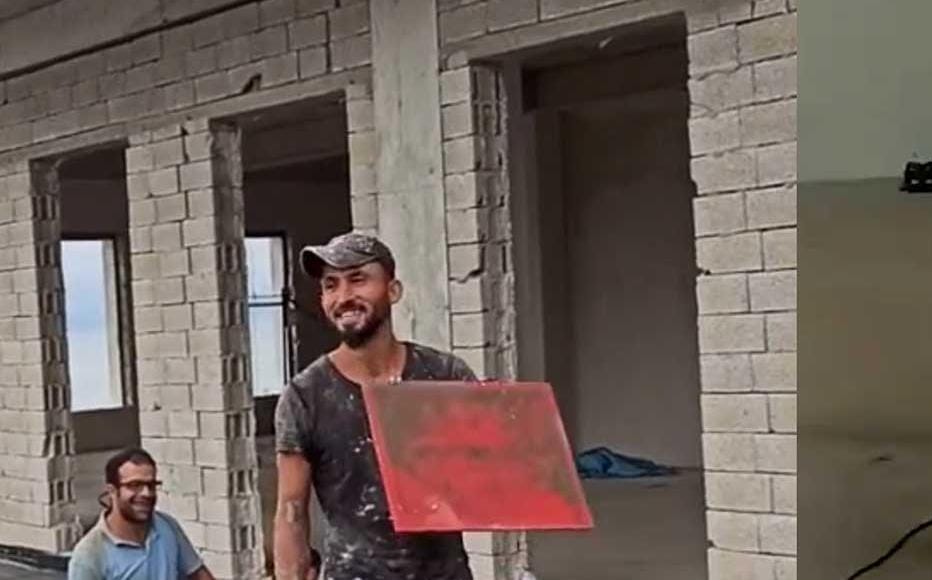 Stills from TikTok’s Labour Cinema.
The link has been copied

Last year, 36-year-old construction worker Müjdat Uğur posted a Tik Tok video of him and his co-workers staging a catwalk show on a building site in the central Anatolian province of Yozgat. The post went viral with seven million views.

Uğur, who has been using TikTok for three years and has amassed 69,000 followers, told Inside Turkey that he wants to showcase whimsical moments in the lives of ordinary people.

“I really want to show in my videos that people who are treated like second-class citizens, meaning workers and labourers, also have fun, enjoy doing their jobs and that they foster creativity,” he said. “I want to give the social message that everyone is equal, that’s the goal of my videos.”

The Chinese-made video sharing app TikTok has become one of the most popular social media platforms in Turkey, with more than 32 million users. Unlike Twitter and Instagram however, which are associated with the affluent, TikTok is giving a window into the lives of working-class Turkish people.

The video created by Uğur and his friends kickstarted a trend among people working in factories, on farms and in textile workshops to follow suit. The art world quickly caught on and an exhibition of videos titled TikTok’s Labour Cinema was opened in December at the city’s Karşı Sanat Gallery.

“Producers of TikTok cinema use their shovels, pipes and fruit cases as their props and sub in the assembly line as their runway to transform spaces,” read the exhibition’s blurb.

Curator Ezgi Bakçay told Evrensel daily that TikTok served as “a platform for the working class that isn’t usually available”. The videos remain available to view on the show’s website.

The attention has led to a shift in the way TikTok is perceived in Turkey.

“TikTok’s rise in Turkey was received as the lower class going online,” critic Emre Tansu Keten wrote on the website sendika.org. “Users of Twitter and Instagram would share TikTok videos tauntingly on their ‘cool’ accounts, humiliating the users and helping them gain popularity at the same time. The average social media user dubbed TikTok content ‘cheap,’ the conservatives worried about moral deterioration and the leftists were angered to encounter a working class different than what they had imagined.”

But TikTok is able to reach audiences that no other platform has previously been able to tap into, according to Erkan Saka, an academic in the communications department of İstanbul Bilgi University. Social media platforms usually include content from a more urban and elite class, but Saka said that “TikTok allowed for the emergence of new actors on the scene”.

This had created a space where “the proletariat are able to augment their voice and become visible,” he continued, adding that this only added greater depths to the social media brand.

“I’ve been told that TikTok management has been carrying out intensive PR work to break that perception, but I think that this is exactly what gives the app its edge,” he continued. “This is exactly why this app, belittled and shamed by other social media users, is more relatable to less elite, less urban users. If the management’s efforts succeed, TikTok will become a space much like Instagram and will lose its edge,” Saka concluded.

One TikTok star, Mevlüt Akın  - a clothes vendor at an open-air market in the central Anatolian Aksaray province who goes by the online name Phenomenon Vendor – said that the platform was representative of a cross section of Turkey’s entire society.

“The rich, the poor, conmen, broken-hearted lovers - there are all sorts of people on TikTok. Someone who’s lonely could find reliable friends on TikTok,” the 29-year-old said. “I receive friendship on TikTok that I don’t experience in real life.”

Akın has been on TikTok for three years, sharing videos of himself singing while selling his products in an open air market, and has been featured on TV news broadcasts. Phenomenon Vendor has nearly 400,000 followers and has garnered more than seven million views. He said that his primary use for TikTok was to entertain both himself and others.

“People are already leading stressful lives, my goal is to make them smile at the very least,” Akın said.

The application can also serve as a good source of income if used correctly, Akın added, saying that his stand at the open air market has been receiving more customers since his rise to stardom.

Selçuk Büyük is a TikTok phenomenon with 1.7 followers and almost 40 million likes. He has been on the platform for two years, and has even had a few videos go viral worldwide. He said that the majority of his content was videos of his family, and his aim is to “show that three generations living in the same house can coexist perfectly fine”.

Büyük, 27, creates videos of his chats with his 80-year-old grandmother and 50-year-old mother, as well as scenes of them cooking and dancing. Many of his videos are choreographed, and these scripted videos receive up to four million views each.

Büyük believes that TikTok will soon become the most-used application in the world.

“Your video can go viral if it’s any good, even if you have only five followers,” he said.