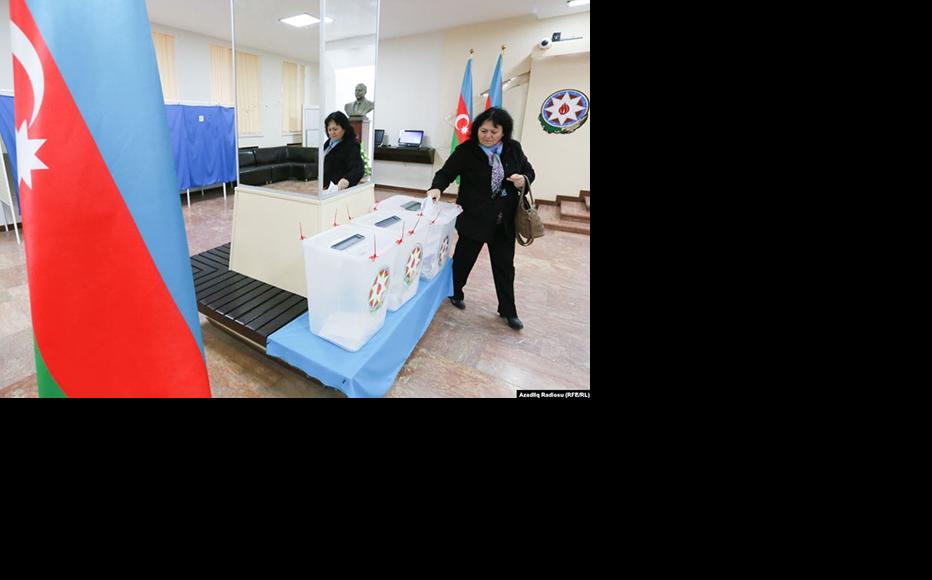 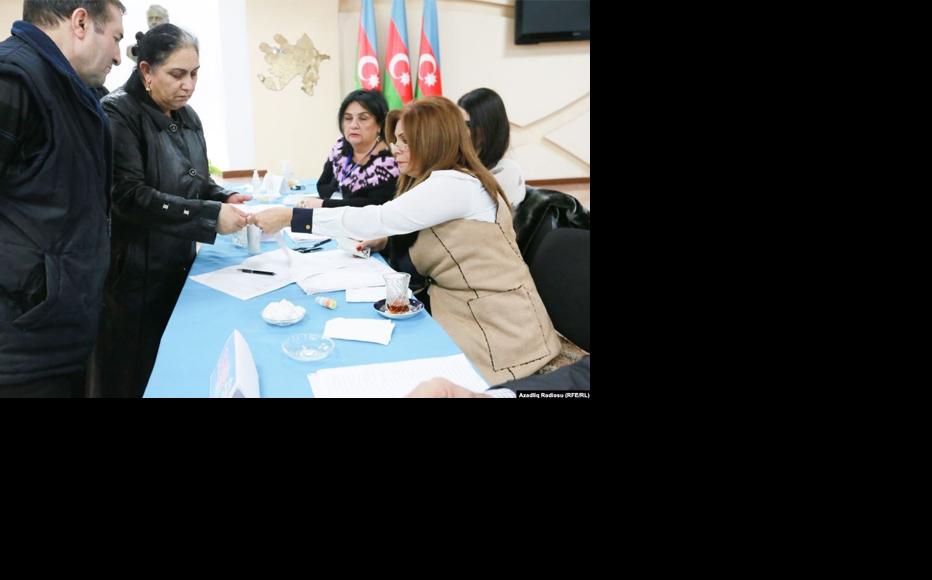 Voting during parliamentary election in Baku, the capital of Azerbaijan, 1 November 2015. (Photo: Aziz Karimov/RFE-RL)
The link has been copied

A swathe of young people, activists and former political prisoners are standing in Azerbaijan’s upcoming municipal elections in an attempt to bring fresh energy to the country’s moribund local politics.

On December 23, citizens will vote in the next round of municipal elections which have rarely attracted much attention since they were first introduced in 1999. But this year the atmosphere is different.

“I thought, maybe if I win, I can help to address problems of community members, help create jobs, help women,” said Vafa Nagi, a 36-year old former journalist running in her native village in southern Azerbaijan.

In October, Nagi took decided to move back to the village from Baku to support local activism.

“I was visiting the village for my grandmother’s funeral and I saw so much unhappiness. There were women who came to me, and shared their problems. This really affected me. So I decided to find a way to help them.”

Nagi received an EU grant for a project to set up a small business for the women in her village which currently employs six women in a small workshop sewing sets of bedding. Demand for their products is high, and she hopes to hire more employees soon.

The project has proved extremely popular, including with local men, Nagi explained. “They told me, they were very happy to have a place like this in the village where women can come, work, socialize and also generate income.”

Creating a community hub for young people is her next project.

“There is no place for young residents to come and work or socialize. They usually hang out outside public places where there is wifi. So my plan is to help set up a community centre, with Internet connection and spaces for youth to come and study. There is also a plan, to offer various workshops at this center too, from English language classes to other skill development classes.”

Although some of the village’s 5,000 residents laughed at first when Nagi began collecting the signatures necessary for her candidacy, they now tell her she has won their vote. This is the case especially with female voters.

“Women are telling me that even though they normally never voted before in previous elections, they plan on voting for me, now that I have registered as a candidate.”

“Even if you don’t vote for me, just vote, chose the best of the worst but vote. Because otherwise, your vote will be used for someone else,” Mammadov said in a video shared via Facebook.

Each candidate is required by law to collect and present a certain number of signatures based on the total number of residents within the constituency they are hoping to represent. There is little scrutiny of this process, however, and there have been previous allegations of candidates failing to collect enough signatures or simply faking the numbers required.

For many voters, it has been a new experience to see young candidates walking door to door, asking potential voters not just for their signatures but also to share the issues they would like the municipality to address.

Fatima Movlamli, a 19-year-old journalist, was astonished when Mammadova rang her door bell to seek support for her candidacy.

“I have never seen anyone come to my doorstep around the election, neither to collect signatures  nor to inform me about the candidates' campaign," she said, adding that she had been so excited she had invited Mammadova in for tea and a chat and streamed the whole thing live on social media.

Another candidate, 28-year-old Aykhan Mehdizade, announced on Facebook that it was time to shatter the stereotypes that municipalities consisted of penpushers who merely collected taxes.

“People want to see young people,” he wrote. “They are tired of the old system, as well as backward minded civil servants. My goal, as well as the goal of all other young, promising candidates is to revive the dead election culture once again. Azerbaijani citizens… are waiting for new and democratic alternatives that could sweep away the old.”

Those running include former political prisoners. Mehman Huseynov was jailed for exposing corruption among ruling members of the government on his YouTube channel Sancaq in March 2017; now the 27-year-old is running in a Baku municipality. Another political prisoner Elgiz Gahraman, a member of the opposition NIDA movement, is also standing.

According to the Central Election Commission (CEC), Azerbaijan’s main government election body, some 40,000 candidates are running for more than 15,000 seats across just over 1,600 municipalities.  However, these positions hold little power.

Azerbaijan joined the Council of Europe in January 2001 and ratified its charter on local government in 2002, which requires the government to guarantee a certain level of autonomy to municipalities. This has not been the case. For instance, the charter calls for the ability to regulate and manage a substantial share of public affairs. But according to Azerbaijani law, municipalities are only allowed to work on the issues that are not already covered within relevant state programmes and are not entitled to financial resources of their own.

Despite this apparent lack of influence or agency,  Rasul Jafar, the director of Human Rights Club and a member of the ReAL opposition movement, said that the participation drive was still significant.

"I think the involvement [of young people] is important, even if being elected as a member of a municipality does not give them extensive power or financial resources,” said Jafar, himself a former political prisoner. “But more than getting elected, it is the process itself that is important for them to see and experience. From collecting signatures to getting registered, to voting, to election observation, these are all part of the experience. I believe young people need this experience.”

He noted that a member of the municipality had access to both the local authority’s budget and agenda, providing an important degree of oversight.

“The presence of young people creates pressure on the institution to be transparent especially when it comes to their budgets,” Jafar continued. “If elected, these people also become experts on knowing how municipalities work, how they spend their money and so on. So I think the participation of young people is very important and there will be plenty of positive outcomes if they get in, including trying to run as parliament members in the next parliamentary election cycle."