Home Working? Not in Cuba

Despite official claims, country lacks the basic telecommunications infrastructure to make this happen.

Home Working? Not in Cuba

Despite official claims, country lacks the basic telecommunications infrastructure to make this happen. 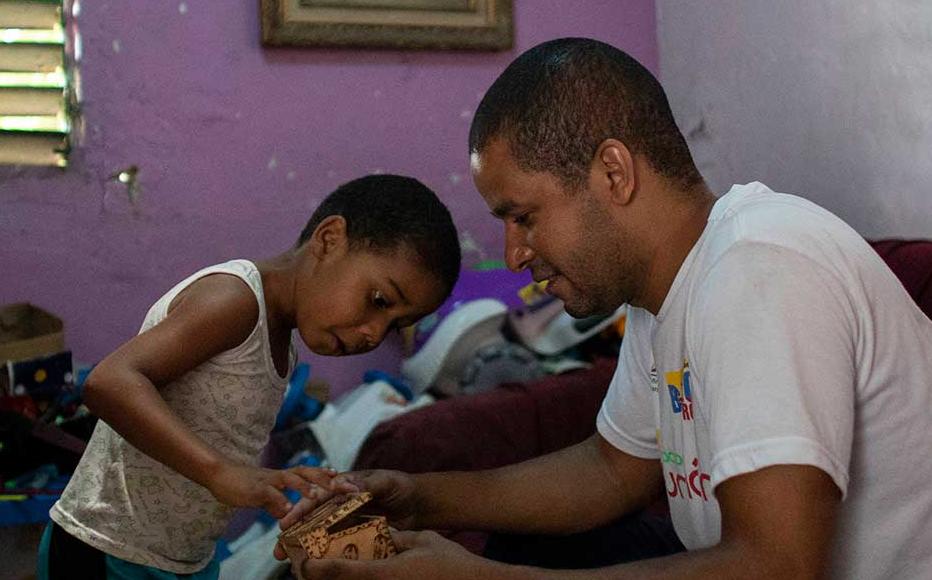 Due to the lack of internet access, home working is ony possible for a small number of the population. © Leonardo Fernandez Viloria/Getty Images
The link has been copied

Since March, many millions of people around the world have transitioned to working remotely so as to reduce Covid-19 transmission at the same time as keeping the economy afloat.

In Cuba too, President Miguel Díaz-Canel urged his team to evaluate ways to enable working from home.  Officials announced that enabling this was a priority response to the pandemic.

Indeed, on June 2, Cuba’s minister of labour Marta Elena Feitó announced that 630,000 state employees – one in five – were already working remotely. Feitó told the Mesa Redonda programme that this was up from “30,000 self-employed workers in September last year”.

However, there is no evidence to suggest that her figures are accurate, or that remote working en masse is even possible in Cuba.

Not only are there simply not enough personal computers or households with an internet connection to make this possible, but the country’s telecommunications infrastructure cannot meet the demand.

In Cuba, only one in every ten people has a personal computer. Around 70 per cent of households do not even have a phone line.

Although the country has a population of around ten million, state telecommunications company Etecsa has only been able to install internet in 161,910 homes, due to what it described as technical problems in remote areas.

The use of mobile data has become increasingly popular, but its sheer cost has ruled this out as a sustainable option for remote working.

Official figures show that as of May 2020, 3.8 million Cubans were connected to the internet using mobile data.

However, the prices of mobile data packs in a country where the average salary is 44.00 US dollars a month make it impossible for the average employee to afford the type of connection needed to work remotely.

The cheapest package offering up to one GB costs 4.00 CUC [Cuban convertible pesos, a currency pegged to the dollar], and the most expensive one of up to 14GB costs 45 CUC.

Etecsa offers companies the option of pre-paid packages at lower prices for their employees, but users say this option also has several limitations.

“In the workplace we have fibre optic internet, so the bandwidth is much higher than that obtained by data,” he said. “You also have to take into account that there is no traffic limit there, while for the mobile it is only seven GB.

“It is impossible to work all the time online with a data package that you must distribute across the whole month,” he continued, adding that Cuban internet was accessed via a proxy server, making it difficult to share files or create and manage networks of people working from home.

Those who are self-employed do not have even this option.

“In the non-state, small private sector the main obstacle is the price factor," said Alberto Cabrera, an independent journalist. "As I am self-employed, I do not have the legal status to access the pre-paid service offers that Etecsa offers to companies."

Cubans face additional difficulties when it comes to teleworking. The US embargo forbids Cuba from accessing internet services offered by American companies and its subsidiaries.

This means that those on the island cannot use videoconference apps such as Zoom and TeamViewer, or programs that promote teamwork online such as Trello or Evernote. For their part, web developers cannot take advantage of the services of companies among the best in their field, such as Amazon Web, Google Cloud, DigitalOcean, Atlasian, or Bitbucket.

Cuban officials have also leveraged subtle language differences to obscure the real numbers working remotely. The authorities classify remote working in three different categories.  The first is so-called fieldwork, comprising research, surveys and other social tasks. Then there is home working, for which communications technology is not required, such as making shoes and clothes from a domestic workshop. Third is teleworking, comprising of activities which use the internet and communications technology.

Officials, including Feitó, have failed to detail how many of those working remotely fell into the teleworking category rather than the other two groupings.

In the eight provinces for which data is available, the numbers of those actually teleworking do not represent more than 12.5 per cent of all employees.