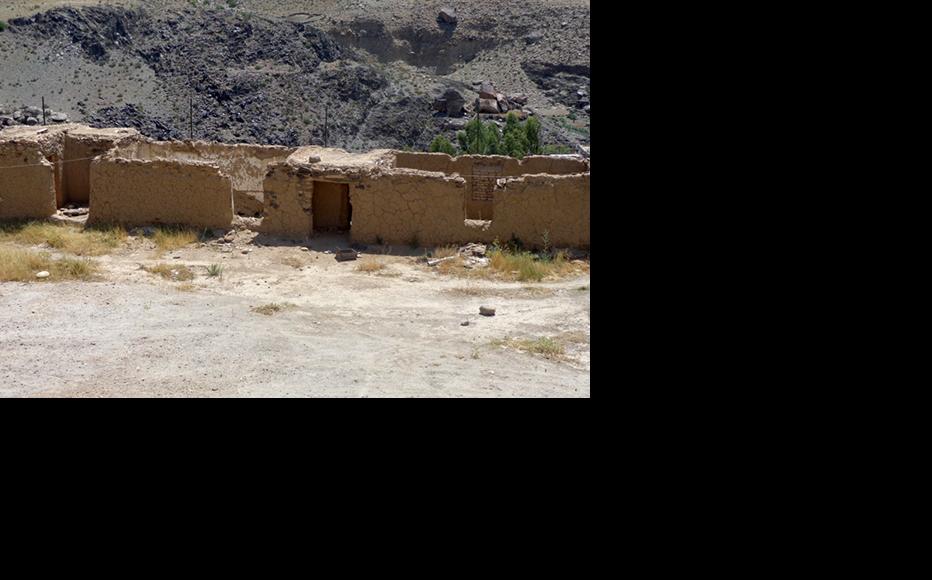 Historic sites in Nuristan lie in ruins. (Photo: Sahibdad Hamdard)
The link has been copied

Provincial leaders in Nuristan have called on the government to help preserve historic sites at risk of falling into irreversible decline.

Officials warn that monuments including an ancient temple and a garden once enjoyed by royalty risk being lost forever.

Nuristan, which translates as the “land of light”, sits on the southern slopes of the Hindu Kush on the border with Pakistan. The province is divided into seven districts and Parun serves as the provincial capital.

Previously known as Kafirstan before its population converted to Islam in the late 19th Century, Nuristan boasts numerous sites of significant historical interest.

Prior to the  conversion to Islam, Nuristanis practiced a form of ancient Hinduism and built temples to their gods. Many of the monuments were later destroyed, however, as Islam took hold and the sites were construed as being un-Islamic.

Today, few remnants of the period survive and those that do are in near ruin. Sections of a temple in Parun can still be seen, however, and portions of its attached gardens - where dignitaries relaxed and socialised - are also distinguishable.

Locals say that the remoteness of the mountainous province combined with the continued Taleban insurgency has meant much of its cultural heritage has suffered massive neglect.

Sakhi, a former member of parliament for Nuristan, said that he had witnessed the slow disintegration of the sites over successive decades.

He said fighting during the Russian occupation between 1979 and 1989, followed by the civil war, had caused significant damage. The current insurgency had only added to the destruction. Now, he warned, the monuments were in such poor condition that they risked disappearing altogether within five to ten years.

Provincial council member Khalilullah Ghayour urged the authorities to act before it was too late.

He told IWPR, “The government must take practical steps to preserve and protect these sites.

“They cannot be protected through civil society activities. These buildings have special historical value, yet only ruins are left now.”

Government officials said they were taking steps to protect the sites. They claimed locals had been prevented from building homes in the immediate area of structures in Wama district and that the centre of Parun, too, had been protected.

Nuristan governor Abdul Hafiz Qayum also said that, despite the ongoing security threat in the region, efforts were underway to bring international tourists to Parun and other areas. He said that preservation work was being implemented to ensure visitors were able to enjoy the ruins for generations to come.

Mohammad Saeed Mohmand, a spokesman for Nuristan’s governor, said, “It would be better if Nuristan's historical sites were registered with UNESCO so they could be properly repaired and maintained.”

Nurgal Zaman Nuristani, head of Nuristan’s department of information and culture, also said that the monuments all needed to be mapped.

“The first thing that must be implemented is the registration of all of Nuristan's historical sites,” he said.

“But the land is very mountainous and remote here and because of the poor security work can be very difficult. Another important issue is the lack of professional staff.”

As well as insufficient resources, Nuristani said that they had to struggle with social prejudice that often deemed such statues and temples to be un-Islamic.

One extreme example he continued, was the Taleban’s destruction of the carved Buddhas in Bamyan province in March 2001, an attack that received worldwide condemnation.

But many local residents told IWPR that they welcomed the idea of more tourists coming to the province.

Ghulam Sakhi, an 85-year-old tribal leader, recalled stories told to him as a child growing up in the region.

He said Abdur Rahman Khan - Emir of Afghanistan between 1880 and 1901 - had been a frequent visitor to the area to hunt game.

And he said others, including his son, Habibullah Khan, and later King Mohammad Zahir Shah, the last king of Afghanistan, had followed in his footsteps.

“When I was a child I heard from elders that whenever the emir used to visit he would stand in a specific place and wait for local villagers to gather around him,” Sakhi told IWPR.

“And once there was a large crowd he would put his hands in his pocket and give out two Afghani to each and every person present.

“And the people used to proclaim, ‘Good luck to the King and his throne; long live Afghanistan, long live the King.’

“Those were the good days, when we had peace, security and people were happy to hear that the king or the king’s son was coming to visit.

“Afghans were braver then. No matter whether you were Pashtun, Tajik, Hazara, Nuristani or Pashayi, we all shared a strong sense of national unity.”