Civil society groups call for the political echelons to rein in their rhetoric.

Civil society groups call for the political echelons to rein in their rhetoric. 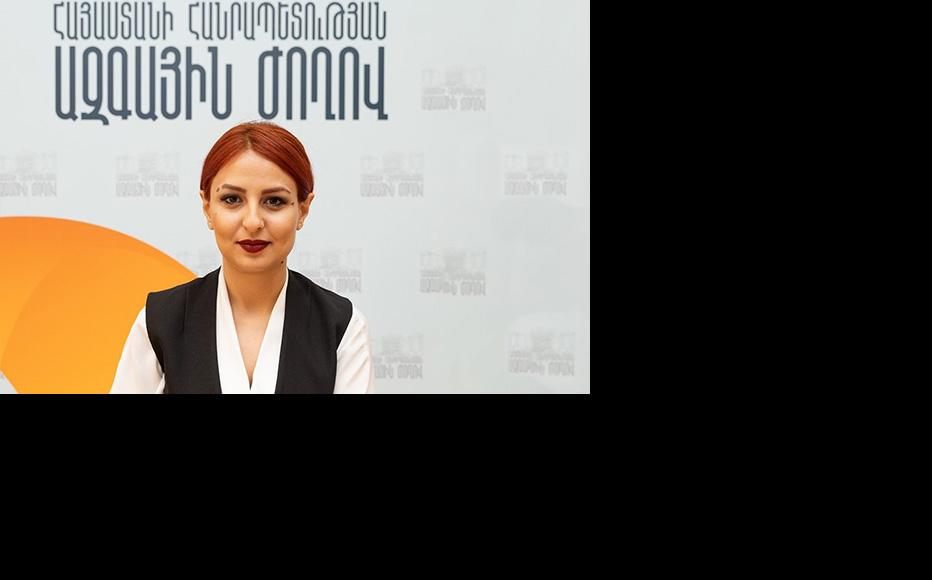 Ani Samsonyan from the opposition party Bright Armenia. (Photo courtesy of A. Samsonyan)
The link has been copied

Campaigners warn that new legislation governing hate speech in Armenia will not address a growing problem if politicians fail to lead by example and continue to use inflammatory language.

A new law adopted on March 5 means that calls for violence and hate speech - regulated by the three characteristics of race, religion and nationality – have been criminalised. Penalties include either a two to four year prison term or a hefty fine.

But Nina Karapetyants, president of the Helsinki Association for Human Rights, said that the behaviour of public figures was critical in changing wider atttitudes.

“When insult, intolerance, hate speech and in some cases even obscenity is voiced from the highest rostrums of the country, it is not realistic to expect that civilians will keep high standards of decorum,” she said.

A recent example was a scuffle in parliament between Bright Armenia's Edmon Marukyan and My Step's Sasun Mikayelyan. Later, Marukyan's brother used Facebook to issue threats against Mikayelyan.

The anti-government, right-wing Veto movement, in particular its leader Narek Malyan, has repeatedly organised demonstrations that involve calls for violence, and recently made threats against two historians, Hranush Kharatyan and Harutyun Marutyan.

At the peak of the revolution two years ago, Nikol Pashinyan – who subsequently became prime minister – used the rallying cry of “love and tolerance.” However, the opposition has accused Pashinyan himself for using intemperate language.

"Law and justice will soon come down on them and you will hear the whining of the dog-like vermin," he said in February, referring to the previous administration during discussions about constitutional reforms.

In another speech referring to a lawmaker’s question about a local leader accused of corruption, he said, “Tell that chief of the village that I will personally come, grip his neck and throw him out of his office.

“Whoever in this country dares to scare civilians will be smashed on the asphalt, whether it is a thief-in-law, or criminal authority, we will smash you on the walls.”

On a different occasion, referring to seeing an Armenian flag thrown to the ground and covered in dust, he said, "Let no one think that they can touch the Armenian flag, statehood and autonomy with their dirty hands, we will cut off their hands."

Ani Samsonyan from the Bright Armenia opposition faction told IWPR that there had been an “overdose of hate speech” following the revolution.

“The authorities should have spared no effort to fight it. However, that did not take place. Moreover, the authorities not only reneged on their promises but themselves became the pioneers of hate speech,” she said.

One element that has complicated efforts to address the issue is the narrow definition of hate speech.

Armine Shavoyan, a member of the Advocates' Chamber of Armenia, said that there were gaps in the amended criminal law, adding, “These terms, such as hatred, enmity, and calls for violence must be clearly distinguished and interpreted to make it possible to accurately assess actions from a criminal-legal point of view.”

The group is looking at expanding the legislation from its current recognition of three characteristics into other areas such as gender, social identity and special needs.

Another proposed supplement would hold a person to account for “making public calls of violence threatening the life or health of a person, publicly justifying violence that endangers a person's life or health or advocating such violence”.

But the parliamentary group has yet to agree on a solution, with many concerned about how such laws may affect freedom of speech.

Sargis Khandanyan, from the ruling My Step faction, said that the committee would prefer to turn down what he described as “half solutions” rather than harm freedom of speech.

Shavoyan also said that criminalisation could act as a “straitjacket” that would to some extent reduce the abuse of freedom of speech.

“But a balance must be kept while drawing the line between safeguarding freedom of speech rights and manifestations of hate speech on the one hand and protecting other people’s rights and reputation on the other hand,” she said.

Karapetyants agreed that inspirational leadership and educational changes were key, with recourse to the law only used as a last resort, adding, “The best thing is to study the international experience and try to understand our mentality, culture, and national characteristics.”

Giving Voice, Driving Change - from the Borderland to the Steppes
Armenia
Accountability, Civil society
Connect with us