Budget constraints and poor security on the ground reduce opportunities to engage with refugees and war victims in Chad.

Budget constraints and poor security on the ground reduce opportunities to engage with refugees and war victims in Chad. 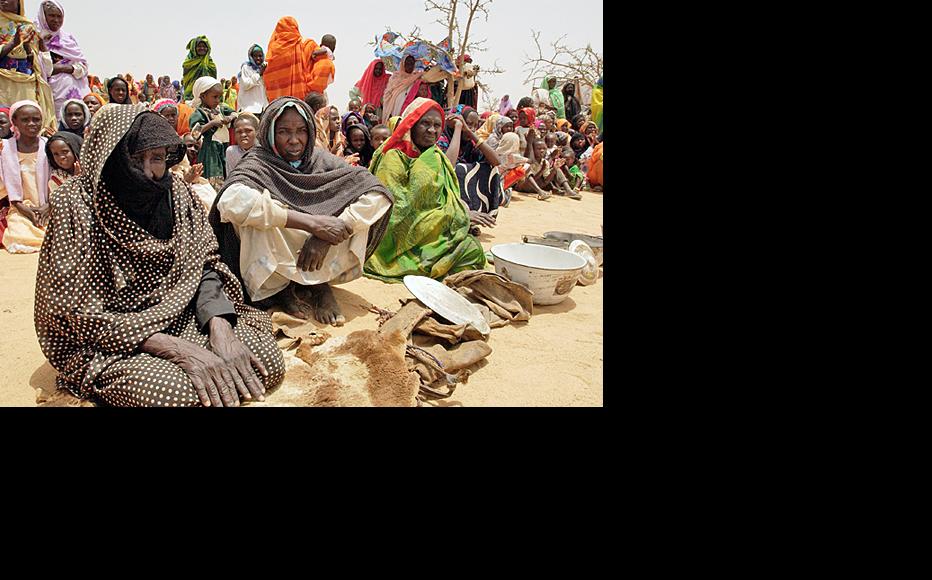 Refugees from Darfur at the Iridimi camp in Chad, 2004. (Photo: UN multimedia)
The link has been copied

Darfuri refugees living in camps in eastern Chad complain that they have not seen representatives of the International Criminal Court, ICC, for more than a year, even though the Hague court’s mandate requires it to engage with victims of the crimes it investigates.

The United Nations Security Council referred the war in the Darfur region of western Sudan in 2005, as thousands of people fled the violence and settled in refugee camps across the border in Chad.

None of those charged has been arrested, and the Sudanese government does not recognise the ICC and refuses to cooperate with it.

The ICC’s outreach programme is designed to explain the court’s role and activities to a range of audiences, including communities like the Darfuri refugees which have been affected by the crimes it is investigating or prosecuting. The court’s current stategy document describes the process as “two-way communication” in which local communities learn more about the ICC’s work and have any misconceptions dispelled, while the court itself gets a better understanding of the concerns and expectations of those on the ground.

Because of Khartoum’s uncooperative stance, the ICC’s outreach team has only been able to visit people who fled to Chad, rather than those displaced within Darfur itself.

Refugees in Chad told IWPR that they only had brief contact with ICC officials during past visits to the camps, and that they had not seen them since 2011.

“We want to see them to finish our talk,” a female refugee in the Abu Nabaq camp said. “They came on time and then they disappeared, and we don’t even know their goal.”

A refugee living in another camp, Farchana, said, “We haven’t seen them again. They promised to come but they did not.”

Until last year, the ICC had two offices in Chad – one in the capital N'Djamena, and the other in Abéché in the east of the country, close to the refugee camps which helped facilitate outreach work among the remote refugee communities.

Both offices were closed in 2011, but ICC officials insist this does not mean that the refugees have been left without support.

“We are not closing outreach in eastern Chad, just reducing the level of operations,” Claudia Perdomo, head of the ICC’s outreach section, said.

The main concern raised by refugees is why the ICC arrest warrants have not been executed.

Perdomo acknowledged that eastern Chad presented a “very challenging” situation for the court due to poor security conditions in the region, and the need to repeatedly explain the failure to bring any of the Darfur suspects to justice.

"The same questions come again and again,” she said. “Our main concern is to maintain interest in the court.”

On previous visits, staff have explained the nature of the crimes, the contents of the arrest warrants and what international criminal justice means. Perdomo says the refugees understand that the ICC has no powers of arrest, and that the focus of her staff is to “manage expectations”.

She said outreach staff were planning another trip to the camps shortly.

Alison Smith leads a team monitoring communications issues at the ICC for the Coalition for the International Criminal Court, an advocacy group representing hundreds of NGOs. She notes that other international courts like the tribunals for the former Yugoslavia and Rwanda were criticised early on in their activities for failing to engage local populations in the work they were doing. Both were set up by the UN without a funded outreach section.

In 2006, pressure from NGOs helped secure an increase in the ICC’s outreach budget. However, the court now faces tight financial constraints, as the Assembly of State Parties, the grouping of states that backs the court, has requested zero growth in this year’s budget, in light of the global economic crisis and the growing cynicism about the court’s slow progress among some participating states.

At a time when the prosecutor is taking on more investigations – implying a need to expand outreach work accordingly – resources are being spread ever thinner.

“That recognition [of the importance of outreach] has been eroded, particularly in the last year,” said Smith.

Perdomo says the ICC faces difficult decisions when allocating resources for outreach, as funding levels for the work are the same now with seven open cases as they were when there were just three.

In two regions where the ICC has not secured any arrests – northern Uganda and Darfur – outreach staff are conducting very few activities, and the savings have been reallocated to more active cases such as Kenya, where four individuals are due to go to The Hague to face trial within the next year.

Smith questions this decision to shift resources away from one situation to fund another.

“We were unhappy when they scaled down Uganda in favour of Kenya,” she said.

Apart from providing general information about the role of the court, ICC officials have also engaged with victims of the conflict.

Under the court’s founding treaty, victims of criminal cases before the ICC have a right to participate in trials, and to claim representation by a lawyer. To do so, they need to apply for formal recognition as victims. When outreach officers visited six refugee camps in Chad in February 2011, they were accompanied by staff from the ICC’s Victims Participation and Reparations Section, VPRS, who engaged local teachers to help applicants fill out the registration forms.

However, many of those who attended the workshops on victim participation that were held during that visit told IWPR they still had a lot of questions.

“They said we can delegate a lawyer on our own behalf and we will be safe,” the refugee in Farchana camp told IWPR. “[But] we need more details about …this technical and legal thing. We don’t know a lot about it and we still need more information.”

He added that since they filled in forms giving their names and details of their experiences, they had not received any feedback from the court.

Diala Chehade, an outreach assistant at the ICC, acknowledges the difficulty of making the technical procedures of registration seem relevant.

“These workshops will work more effectively for [victim] participation issues when at least one of the suspects is arrested,” she said.

Statistics from the ICC registry indicated that as of the end of October 2011, only 209 of the nearly 10,000 victims who had applied to participate in all the ICC’s judicial proceedings were from Darfur, even though the arrest warrants speak of thousands killed and hundreds of thousands forcibly displaced.

Since no one has been arrested in relation to violence in Darfur, applications for victim recognition have not yet been reviewed by the judges in these cases.

NGOs working on international justice issues say effective outreach work is essential if victims are to be encouraged to come forward.

“If there’s no outreach, then not many victims will be applying,” Smith said.

Nevertheless, the refugees interviewed by IWPR were enthusiastic about taking part in any future cases.

“We are ready with our information,” the refugee in Farchana camp said.

Wanda Hall, who set up Interactive Radio for Justice in the Ituri region of the eastern Democratic Republic of Congo and in the Central African Republic, argues that outreach efforts should be embedded in local communities. Compared with the ICC’s own efforts, she says, this kind of activity can achieve “a lot more, with relatively little money”.

Chehade says the ICC has employed a range of methods to engage with Darfuris, as they are widely dispersed in Chad itself and across Europe, while many more remain in Sudan.

As an example, she cited a radio drama developed inside the refugee camps, broadcast in Arabic and local languages, which answers many of the misconceptions about the court’s work.

The ICC has also forged partnerships with NGOs established by Darfuri refugees to help get its message out.

Smith noted that this activity was limited by fears for the safety of these NGOs in a still dangerous environment.

“It’s understandable they [ICC] are not publicising everything they do on the ground for security reasons – to protect their partners – but it’s less effective in terms of actually getting the information out,” she said.

Perdomo said that despite the reduction in its presence in Chad, the ICC’s outreach team is still committed to keeping the refugees informed of developments in the Darfur cases, and can immediately ramp up operations when cases move forward.

Janet H. Anderson is an IWPR trainer based in the Hague. Tajeldin Abdallah Adam and Zakia Yusif are IWPR contributors.