Speakers say resolving fate of the missing is integral to post-conflict justice.

Speakers say resolving fate of the missing is integral to post-conflict justice. 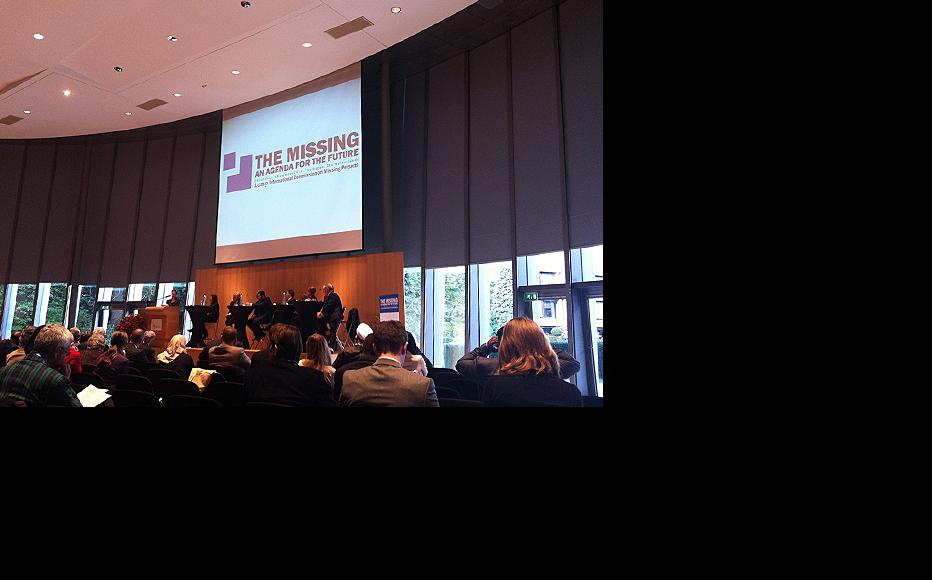 ICMP conference in The Hague. (Photo: Rachel Irwin)
The link has been copied

The first conference to comprehensively address the issue of missing and forcibly “disappeared” people convened in The Hague this week.

Thomas Miller, chairman of the International Commission for Missing Persons (ICMP), said the main objective of holding the event was to focus international attention on people who disappear due to conflict, organised violence, human rights abuses, natural disasters and migration.

“We must recognise that the nature of war has changed and that missing persons from conflict share common attributes with human rights abuses [and] organised violence, including human trafficking and drug related violence,” Miller said when he addressed the conference. “We need to acknowledge that missing persons cases must be properly investigated and that law-based mechanisms and modern forensic methods should be employed, so that justice can be done and criminals held to account.”

One of the keynote speakers was Croatian president Ivo Josipovic, who addressed the legacy of the 1990s wars in the Balkans. He noted that 148 mass graves had been investigated in his own country, and the remains of over 4,900 people exhumed.

An estimated 6,000 people went missing during the conflict in Croatia. About 2,000 are still unaccounted for.

“The issue of missing persons remains at the heart of every armed conflict,” Josipovic said, adding that “lives had been put on hold, unable to continue until loved ones had been accounted for”.

Josipovic vowed to continue efforts to identify all remaining missing persons “regardless of ethnic background”.

Also addressing the conference, Queen Noor of Jordan praised the ICMP for its groundbreaking work using DNA identification in the former Yugoslavia. As a result of those efforts, over 70 per cent of the estimated 40,000 people who went missing during the wars of the 1990s have now been accounted for.

“Applying modern technology was an important condition for strengthening the rule of law itself,” Queen Noor said.

Lawyer Jasminka Dzumhur, a member of a UN working group on missing persons and ombudsman for human rights in Bosnia – cautioned that while that country had made great strides, a 2004 law on missing persons had not yet been fully implemented.

This law set out to improve the tracing process, establish a definition of what constitutes a missing person, create a system for managing central records, and establish rights for family members.

During a question-and-answer section of the event, the chairman of the Bosnian Federal Commission for Missing Persons, Amor Masovic, stood up in the audience and said that the 2004 law “exists only on paper”.

“Parliament doesn’t have the courage to confront the problem of the missing.…There is no political will,” Masovic said.

Balkans, Croatia, Bosnia and Herzegovina
Conflict resolution
Connect with us