Russia has opted for authoritarian local leaders, rather than risk losing control of its southern frontier.

Russia has opted for authoritarian local leaders, rather than risk losing control of its southern frontier. 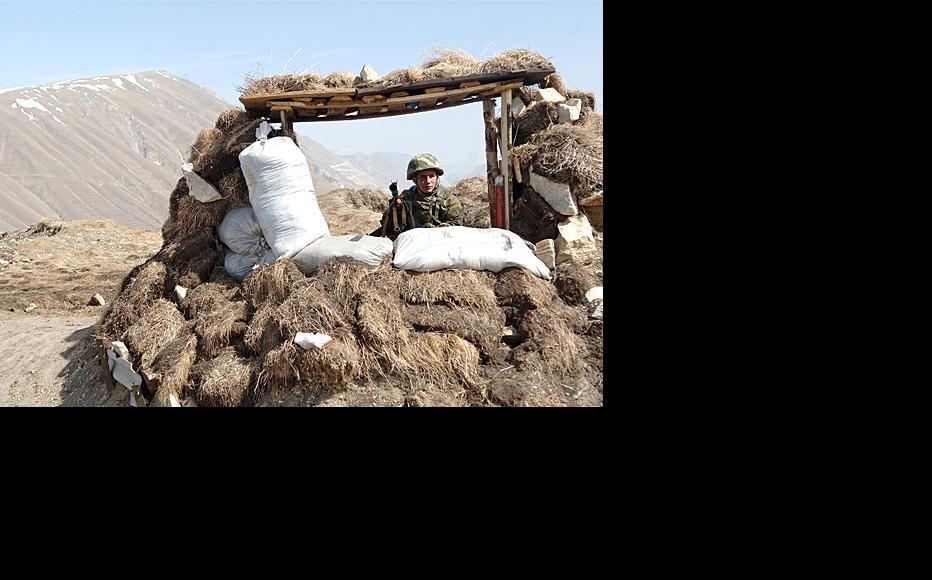 Russian army outpost in the mountains of Dagestan, March 2008. (Photo: Sergey Pyatakov/RIA Novosti/Wikimedia Commons)
The link has been copied

As reports emerge that Tamerlan Tsarnaev, the elder of two brothers accused of the April 15 Boston bombings, visited the North Caucasus last year, media attention has turned to that underreported region in search of a possible motive.

Tsarnaev is dead and his brother Jokhar is seriously injured and in custody after the dramatic shootout and manhunt of April 19.

There is no indication whether they were driven by Islamic radicalism, by the cause of Chechen independence, or by neither. But their background in Dagestan and further back, Chechnya, has inevitably led security officials and regional analysts to take a closer look at the ongoing turbulence in this part of the Russian Federation.

In an interview for IWPR, Valery Dzutsev, a North Caucasus analyst for the Jamestown Foundation in Washington, says three of the Russian republics, Dagestan, Chechnya, and Ingushetia, are still suffering from unrest and armed violence. Across the North Caucasus, Moscow’s response has been to counter force with force, and to sanction authoritarian local rule for fear of something worse – separatism.

Like Chechnya, Dagestan has a recent history of insurgency. Can you describe the current situation, as we don’t hear much about it in the international news?

Over the last several years, Dagestan has become the most violent republic in the North Caucasus. Hundreds of people have died or have been affected in some way by conflict in the republic.

In 2012, for example, over 400 people were killed and nearly 300 injured. It’s characteristic that the figure for fatalities exceeds that for the injured. That indicates the brutality of this conflict, often taking the form of scorched-earth tactics.

The situation in Dagestan has been deteriorating over the past several years, and the Russian government appears to have run out of ideas about what to do with the republic, apart from sending in more troops and police.

What about other parts of the North Caucasus?

Chechnya and Ingushetia have been calmer than Dagestan in recent years, but nevertheless they were second only to Dagestan in 2012 in terms of casualty figures. Over 80 people were killed in each republic. Given the differences in population size, especially between Dagestan and [smaller] Ingushetia, one might even say that the latter is more violent than Dagestan, in relative terms.

In the spring of 2013, North Ossetia has experienced an unexpected wave of counter-terrorism operations on its territory. No clashes or casualties have been reported, but the situation seems tense. It is unclear what is driving these tensions – the government or actual developments on the ground.

Does Islam play a strong role among insurgent groups operating in the North Caucasus?

It is hard to say exactly what the role of Islam is among the insurgent groups. They certainly appeal to Islamic values when they issue proclamations, but secularism runs very strong in all the republics of the North Caucasus. Surveys show low levels of support for extremes like Sharia law. In general, though, because of the lack of access to the North Caucasus and the brutality of the conflict, there is little information about what exactly is going on, and how processes have evolved in recent years.

In Chechnya, Moscow seems to allow president Ramzan Kadyrov to rule with an iron hand – is that working?

I would say it is working, to some extent. In terms of security, Kadyrov has certainly reduced violence in the republic to a large degree. He has also rebuilt the republic in many respects.

Yet under Kadyrov, Chechnya is very unlikely to see private investment or economic growth, and hence healthy numbers of jobs. So Kadyrov's success is likely to be superficial and very much contingent upon support from Moscow, which has poured in lavish funds.

Is Moscow managing Dagestan, the most ethnically mixed republic, effectively?

There is a big disconnect between the political cultures of Moscow and Dagestan. This is the partly the cause of misunderstandings and conflict between the two. Moscow is trying to impose a downsized model of Russian governance on Dagestan, but that does not work, because Dagestan is so ethnically diverse. Dagestan is naturally immune to being ruled by a strong hand, whereas for Russia, a highly centralised state is a very traditional form of governance.

Do you think stability can ever be achieved in the North Caucasus?

In the North Caucasus, the dilemma appears to be that Moscow is afraid to give greater self-rule to the region, for fear of separatism. Without effective self-rule, however, the political and economic situation there grows ever more unstable.

Faced with the two evils of separatism and instability, Moscow consciously opts for the latter, hoping that the instability will subside over time.

In the meantime, things seems to be developing in a direction that is not dissimilar to the Middle East. Moscow props up local governments in North Caucasus republics that are authoritarian but more or less secular, while the opposition becomes increasingly Islamicised.

This dichotomy between secular but repressive governments, on the one hand, and democratic but religiously orthodox trends on the other, seems to be gradually growing in the North Caucasus.