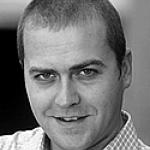 The furore surrounding the dramatic escape of Croatian legislator Branimir Glavas – who fled across the border to Bosnia to evade a war crimes conviction in Zagreb last month – has put the spotlight on the legal loopholes which allow Balkan criminal suspects and convicts to remain free.

According to some regional media reports, following Glavas’s high-profile flight from justice, officials in the Balkans are stepping up their efforts to address the problem of extradition bans in Croatia, Serbia and Bosnia, which prevent citizens of one country from being sent to face trial in another.

On May 8, nationalist firebrand Glavas was sentenced to ten years' imprisonment for war crimes committed against ethnic Serb civilians in the eastern city of Osijek in 1991 when he was in charge of the defence of the city against Serb forces.

Although the politician was stripped of his parliamentary immunity to allow him to be prosecuted, this was partially restored following his re-election to parliament in November 2007, meaning that he could not be detained after the judgement in his case was passed.

Glavas then fled to neighbouring Bosnia before he could be taken into custody, after his parliamentary immunity was completely removed for a second time on May 11.

The politician was arrested by Bosnian police on May 13, and handed over to that country’s state prosecutor, who remanded him in custody.

When it transpired that Glavas had fled to Bosnia, Croatian minister of justice Ivan Simonovic went there right away and many hoped that this would result in the convict’s extradition.

But after a short time, it was confirmed that he had obtained the Bosnian citizenship he applied for last year, and was released.

Glavas – who is still seen as a hero who defended Croatia against the Yugoslav People's Army, JNA, and irregular Serbian forces by some of his countrymen – is reportedly now living in Hercegovina, the part of Bosnia populated by ethnic Croats.

Back home, he enjoys particular support in Osijek and eastern Slavonia, areas in which his regional party the Croatian Democratic Assembly of Slavonia and Baranja, HDSSB, recently won local elections.

In the wake of Glavas’s escape to Bosnia, politicians across the region appear to have given more consideration to the ongoing problem of suspects and convicts in the Balkans slipping over a border to avoid capture.

“As long as such a legal regulation is in force, it isn't possible for Glavas or any other Bosnian citizen to be extradited to any country."

According to some reports, around 40 people who have either been convicted or are wanted by Bosnian courts are currently hiding in Croatia. The list includes people indicted for war crimes, convicted of fraud or wanted in connection with rape and murder investigations.

In Croatia, politicians are currently trying to address the problem, and realise that enhanced cooperation between judiciaries and police throughout the Balkans is necessary. But for real progress to be made, countries in the region would have to reverse the ban on the extradition of their citizens, a requirement for European Union membership.

“Given that all southeast European countries aspire to joining the EU, they will have to amend their constitutions or legislation because without it, there is no admission into the bloc,” said Croatian prime minister Ivo Sanader in September, who then urged all former Yugoslav countries to do the same.

Other than a nationalist minority, most Croatians would like to see Glavas punished for his crimes, and would support the introduction of laws to allow extradition. Those who back Croatia’s accession to the EU will also be keen to see this loophole closed.

Meanwhile, officials from other Balkans countries have expressed similar concerns about criminals being able to evade justice in this way.

“The extradition ban is a big problem in the Balkans because it enables criminals to cross from one country to another, while at the same time they are enjoying the protection of their own country,” said Slobodan Homen from Serbia’s justice ministry, in a May 17 report in the Serbian newspaper Politika.

In the last few years, officials from Balkan countries are reported to have held talks on this subject.

Following these discussions, there have been reports of improvements in cooperation between states when it comes to exchanging information on criminal cases, suspects, and evidence. However, there has been little movement on extradition.

But following Glavas’s escape, there are signs that cooperation between countries could soon be intensified.

According to the Politika report, Homen has said that the Serbian justice ministry has now called for a regional conference at which rules and regulations governing extradition would be agreed upon by participant countries.

Although there is no date scheduled for such an event as yet, a ministerial conference will reportedly take place in Belgrade in September at which the issue will be top of the agenda.

Like Sanader, Homen reportedly pointed out that the issue would have to be resolved if the countries are to join the EU.

“ We will all have to sign multilateral agreements on extradition any way and we’ll have to discuss with other countries where a person charged with some crimes will be tried,” said Homen, in the Politika article.