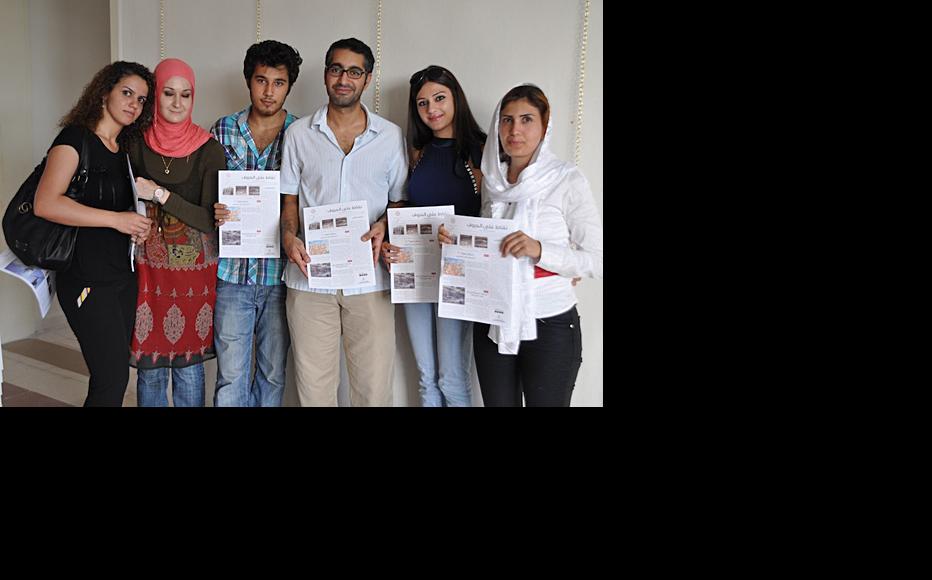 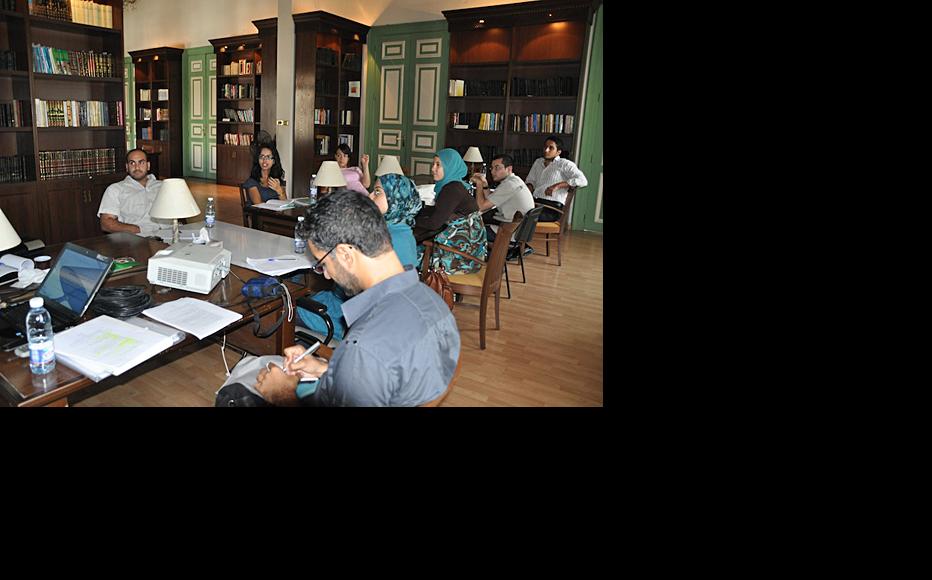 The Dot the Letters project logo.
The link has been copied

The plight of unemployed university graduates, chronic urban pollution and how to protect Lebanon’s architectural heritage are among the topics covered in the first newsletters published by IWPR’s community-focused Lebanese youth journalism project.

Dot the Letters - a reference to an Arabic expression meaning “to cover all bases”- gives young people aged between 18 and 25 the tools to report on issues of concern in Lebanese municipalities, particularly in the suburbs of Beirut and in Tripoli, Sour, Baakline and Bikfaya.

Empowering young people to report on and engage with local issues is particularly important in Lebanon, according to project editor and trainer, Raed El-Rafei.

“This is a highly centralised country,” he said. “Most newspapers, television and radio stations operate out of Beirut and reporting focuses on big politics, big issues. With this project we are trying to support and strengthen local reporting, with the aim of increasing transparency and boosting good governance,” Rafei continued.

Groups of six young people in each municipality took part in a four-day training session in basic journalism and shown how to source information, avoid bias and structure clear and impartial reports. The workshops included briefings from municipal officials and activists and after the training, the reporters pitched and wrote stories which were printed in local newsletters.

The Tripoli and Sour newsletters have now been published, with 1,000 copies produced in each city and distributed to NGOs, universities and activists. Work is ongoing for the other three, with English translations of the reports and summaries available on the English-language website of the project (no2at3al7ourouf.com/english/).

Dot the Letters is also launching a grant for investigative reporting on local governance, transparency and municipal politics, as well as workshops on using social media such as Facebook and Twitter as an integral part of municipal reporting.

“We have had very good feedback,” Susanne Fischer, IWPR Lebanon and Syria programme manager, said. “The reporters are very enthusiastic, it is the first time they have had the opportunity to pitch and write stories about issues which are important to them. So far, they have covered issues such as local politics, the environment and culture, and also education and jobs; particularly important for young people here, because many have to go abroad if they want to find work which pays a decent salary.”

The project aims to encourage young people to participate actively in municipal affairs, by holding their elected officials to account. Focus groups have found that young people feel they have little influence over policy-making at a local level.

“We are trying to bridge that gap,” Rafei said. “In Lebanon, there is a very strong feeling of alienation among young people because of the lack of opportunities to participate in public and political life. If they care and write about what’s happening around them, this can ultimately help build democracy in the country.”

Dot The Letters will produce three print newsletters in each of the municipalities, after which the project will focus on its online presence, building a virtual community and providing an interactive platform for reporting and comment.

“This second phase will focus on social media, using tools like blogging and Youtube to campaign and raise awareness,” Rafei said. “We are giving young people a platform where they can write about issues of concern to their communities, issues which are not given space elsewhere. It’s a long process, but we want to empower young people and give them a voice.”

Lebanon
Youth
Connect with us